“Everyone is covered. Nobody goes broke" 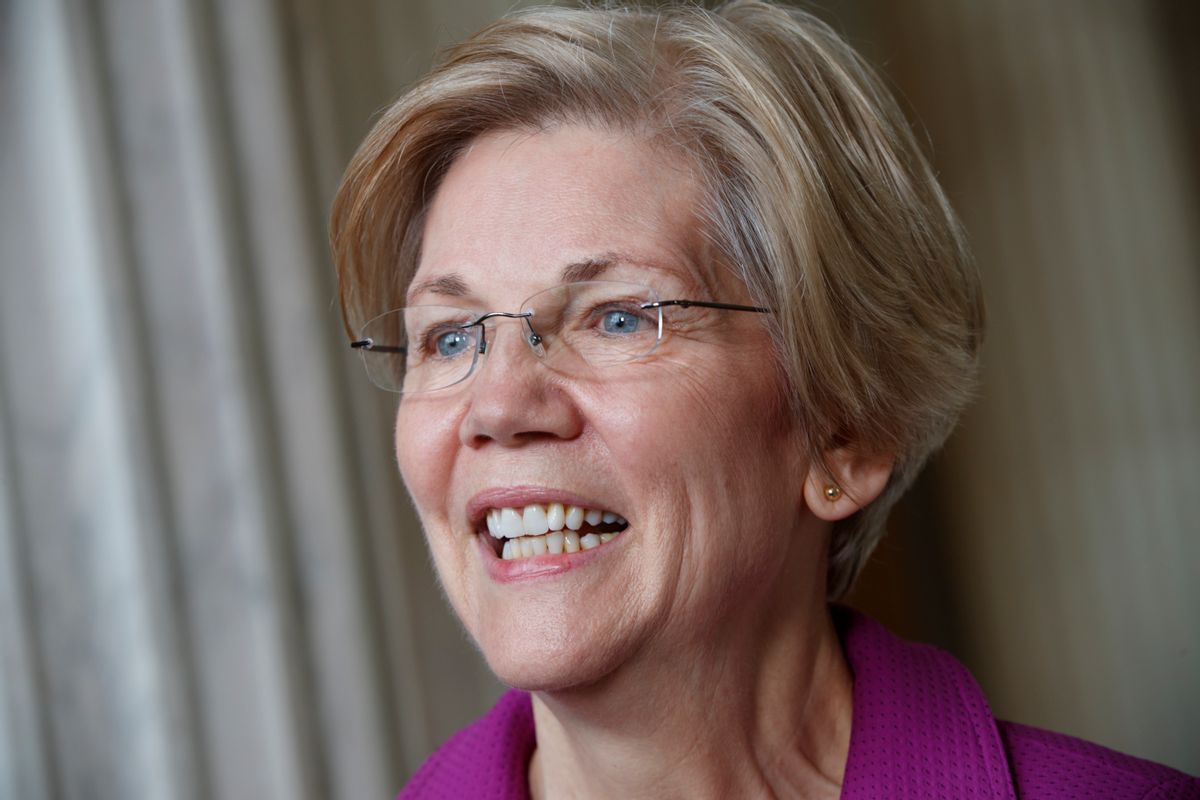 Sen. Elizabeth Warren, D-Mass., has joined the Bernie bandwagon demanding the nation replace its insurance-based health care system with what’s being called “Medicare for All,” named for the federal program Americans serving age 65 and older.

“I believe it’s time to take a step back and ask: what is the best way to deliver high quality, low cost health care to all Americans? Everything should be on the table — and that’s why I’m co-sponsoring Bernie Sanders’ Medicare for All bill that will be introduced later this month,” she wrote in a letter to supporters Thursday.

Warren is the second Democratic senator to co-sponsor Sanders’ as-yet-unseen bill, following California’s junior senator, Kamala Harris. Warren’s letter describes many well-known steps long suggested by progressives that could be taken to reduce health care costs and increase access. But it does not offer any new details on what’s being labeled, in bumper-sticker fashion, “Medicare for All.” That distinction is important because the lack of those specifics is what contributed to a statewide single-payer proposal stalling in the California legislature this past summer.

Nonetheless, Warren, who has a national following, is an important addition to the Democratic voices calling for fundamental reform of the health care system.

“There’s so much more we could do right now to bring down the costs of quality health care for every American,” she said. “We could start by ending health insurance company price gouging — ending high deductibles, surprise bills, and endless fights with insurance companies over coverage for critical medical procedures or out-of-pocket costs. We could also cut the cost of prescription drugs by importing drugs from Canada, where the same prescription can sometimes cost far less than in the U.S. Bipartisan improvements are possible — in fact, just a few weeks ago, President Trump signed my bill with Republican [Sen.] Chuck Grassley to make hearing aids more affordable by allowing certain hearing aids to be sold over the counter.”

Warren then described her hopes for Medicare for All.

“Medicare for All is one way that we can give every single person in the country access to high quality health care,” she said. “Everyone is covered. Nobody goes broke paying a medical bill. Families don’t have to bear the costs of heartbreaking medical disasters on their own. The American people have made it clear that they believe health care is a basic human right — but it will be a tough fight. The giant insurance and drug companies will send out their army of lobbyists to fight our Medicare for All bill every step of the way.”

Sanders has said that he plans to introduce his Medicare for All bill next week. Reporters covering health care in Washington have said that Sanders proposal is modeled on the bill proposed by Rep. John Conyers, H.R. 676, which has been analyzed. Conyers’ bill would replace all private health plans with a federal plan akin to Medicare, prompting even its supporters — other House Democrats — to disagree how quickly that should be phased in. The Conyers bill, does not have any specifics about how to pay for this, which Vox.com called “the biggest black hole in Conyers’s proposal.”

However, Sanders is reportedly working with the same economists who drafted a revenue measure for the California Nurses Association’s single payer legislation, which proposed funding the gap between what all government healthcare programs now spend and paying for universal coverage through two tax increases. They are: a 2.3 percent gross receipt taxes on businesses (after the first $2 million in earnings and exempting small businesses); and a 2.3 percent increase in the sales tax, with exemptions for basic necessities such as food, housing, utilities, and other services.

In California this summer, opponents of single-payer — including Democrats — put out scare-tactic tax increases (doubling the payroll tax) and job-loss scenarios (all the to-be-unemployed health industry workers) to pre-empt debate and kill the proposal. What never happened was a debate on the progressive tax options that would be favored by consumers and businesses, as well as a discussion of how the current health industry would transition toward a single-payer system.

As Sanders, Warren and Harris present their legislation next week, pay attention if these details on moving forward are there—not just the usual litany of complaints about what’s wrong with the system. Otherwise it’s back to the poetry of the campaign trail and not the prose of governing.