Is Trump's debt deal just a sign of his own desperation?

What are the political implications of Trump defying Ryan, McConnell and siding with Pelosi, Schumer? 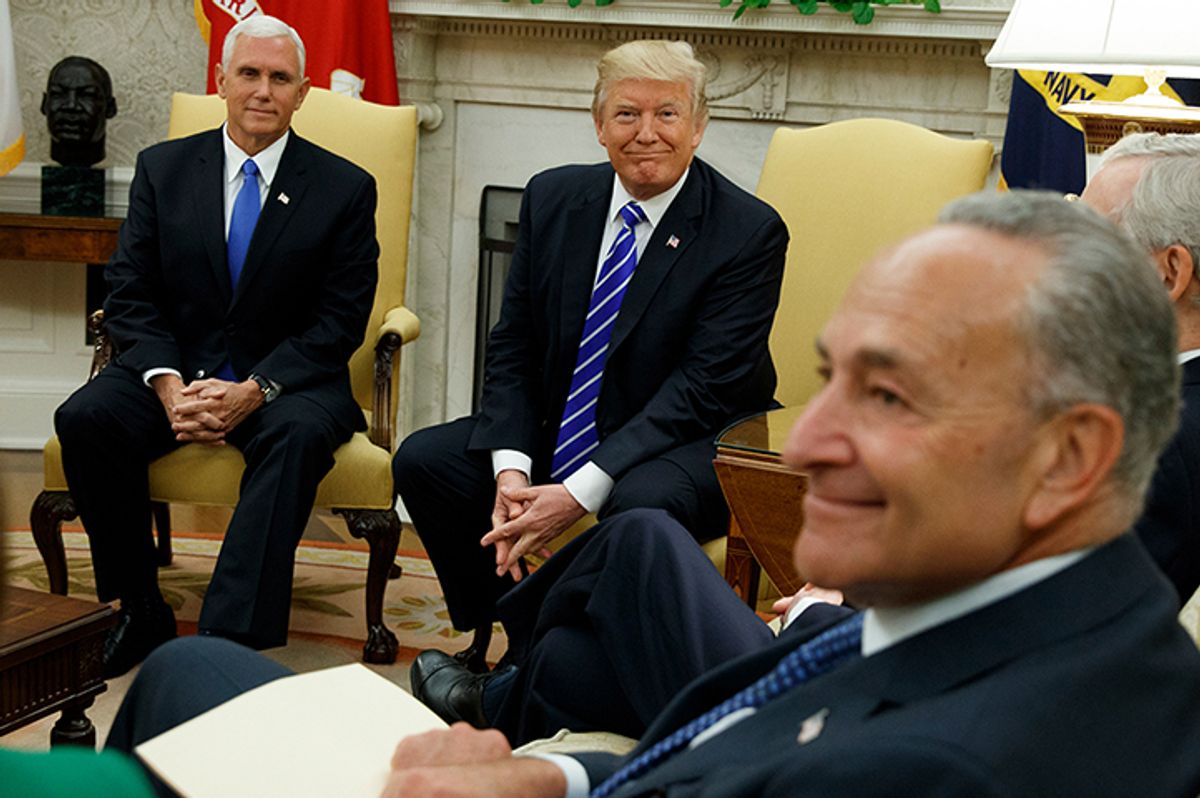 In unprecedented news, President Donald Trump defied his GOP base and favored the Democrats by calling for a three-month debt ceiling increase, a bill to fund the government until December and disaster relief funding for Hurricane Harvey on September 6. House Speaker Paul Ryan called the three-month debt ceiling increase a "ridiculous idea" just hours before the deal was made.

Political strategists from both sides of the aisle, Michael Tobman, a former aid to Senate Minority Leader Chuck Schumer, and GOP campaign consultant John Burnett, who also ran for comptroller for the city of New York in 2013, joined Salon's executive editor Andrew O'Heir on Salon Talks to analyze what the move means politically for both parties and their relationships with Trump.

Is the president just desperate for a victory?

What does it do for the president? It actually gets him additional votes on key legislation, such as Harvey, the debt ceiling and other things. So it actually takes some of the fight away, not just on the Republican side, but also across the aisle. It gets him to the magical number that he needs to get all these things passed.

Look, Trump doesn't play checkers, he plays chess. The thing is, he knows going forward, we can't play this partisan game for the next three and a half years. He needs to pull in Democrats.