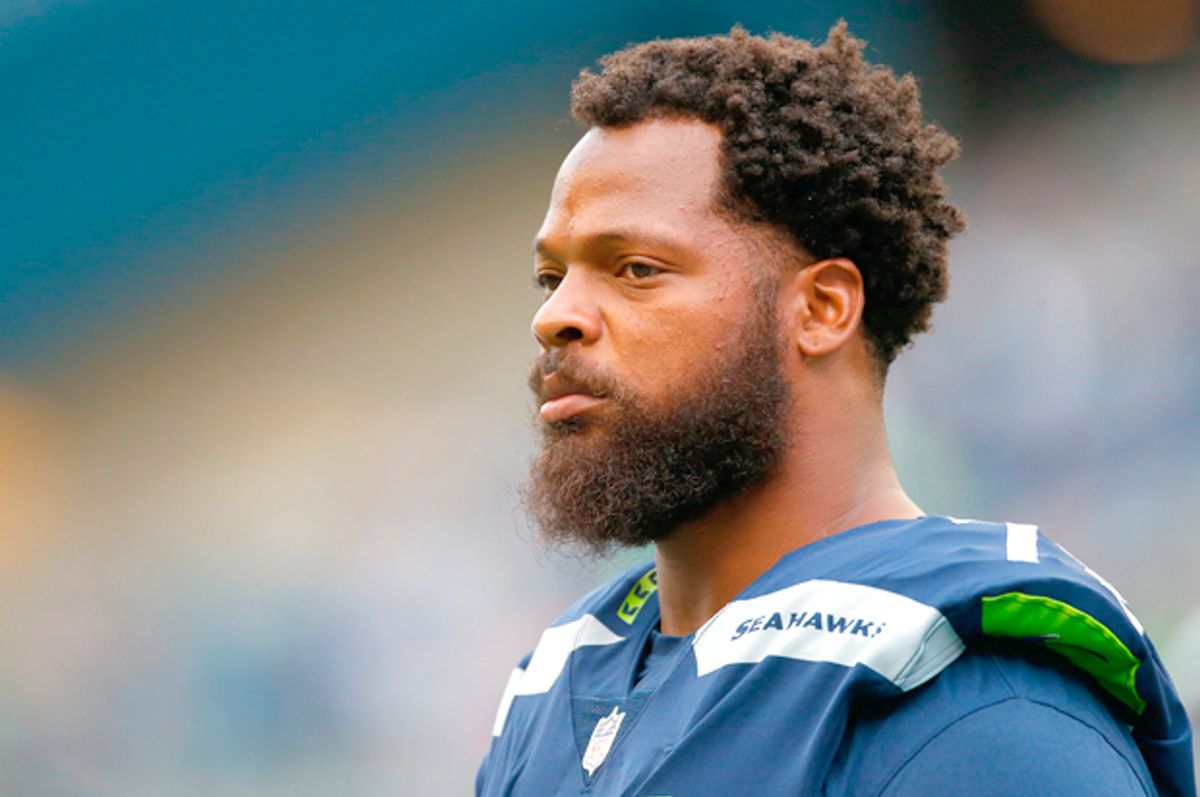 President of the Las Vegas Police Union wrote a letter to the NFL requesting an investigation into Michael Bennett for "obvious false allegations against our officers.

The statement comes after the Seattle Seahawks player published a letter of his own to Twitter Wednesday. In the letter, Bennett alleged that "Las Vegas police officers singled me out and pointed their guns at me for doing nothing more than being a black man in the wrong place at the wrong time."

The police union letter, addressed to NFL Commission Roger Goodell, requests that the NFL "take appropriate action" for Bennett's claims. "While the NFL may condone Bennett's disrespect for our American Flag, and everything it symbolizes, we hope the League will not ignore Bennett's false accusations against our police officers," the letter says.

Bennett has taken up Colin Kaepernick's anthem protest this season, which union president Steve Grammas felt the need to mention. This, despite the total irrelevance of his protests to the matter at hand — outside of criminalizing Bennett's character and casting him as disrespectful and suspect (The Root does a great job unpacking this.)

Grammas went on to describe Bennett's letter and claims as "false and defamatory," despite a videotape of part of the encounter showing Bennett face down on the pavement being handcuffed by an officer that he refers to as "sir."

Grammas also made sure to insert that both police officers involved in the incident with Bennett were "minorities," a somewhat irrelevant fact. "Michael Bennett's claim that our officers are racists is false and offensive to the men and women of law enforcement, " Grammas continued. "I am happy to meet with you and will provide any other information you deem necessary."

Representatives for the league told a CBS reporter in Las Vegas that "there is no basis for an NFL investigation."

Hours later, the NAACP Las Vegas chapter released a statement in support of Bennet and said, "The LVMPD must begin policing itself."