Radio host Michael Savage turns on Trump: "You just got shafted and thrown on the roadside" 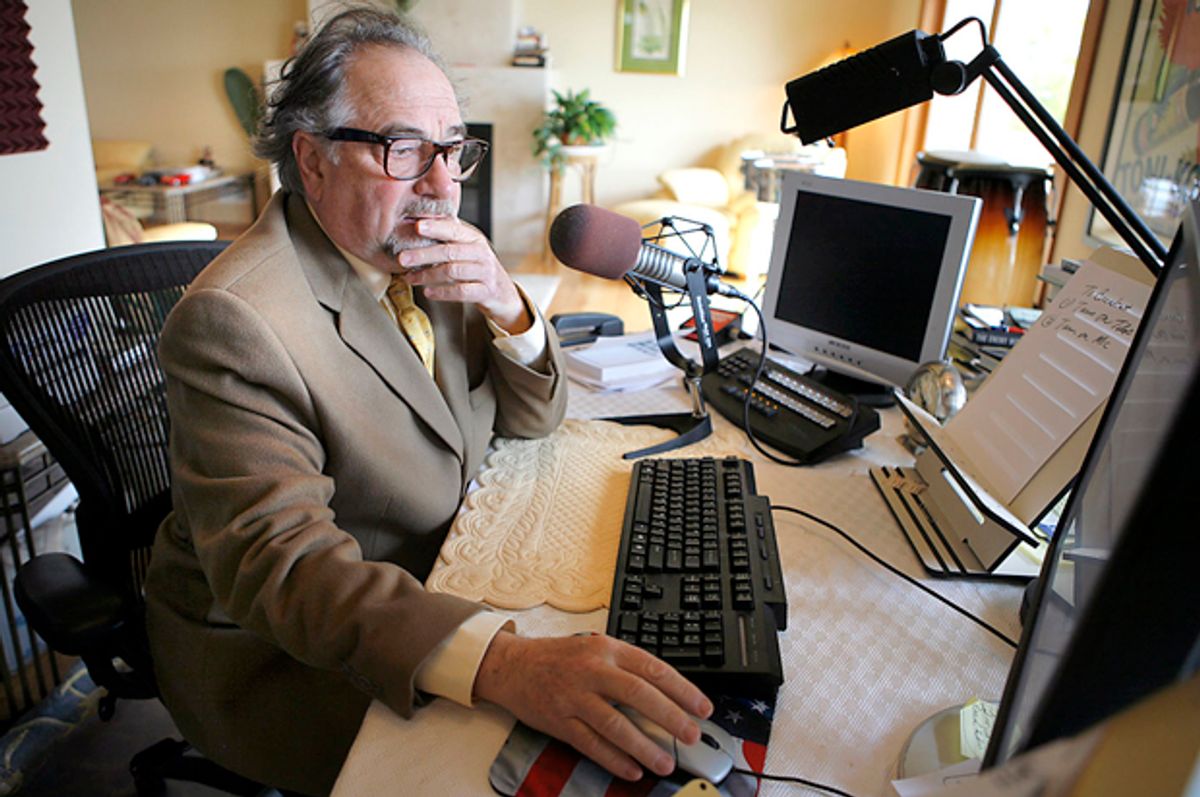 Michael Savage, the far-right radio host who provided Donald Trump with crucial early support in his presidential campaign lit into the man he once praised in book-length form on his Thursday program for cutting two deals with congressional Democrats.

"These are the exact opposite points of everything we ever voted for," the talker said in a three-minute rant, referring to Trump's expressed desire to remove the federal debt ceiling and his promise not to deport so-called Dreamers, people who were brought to America illegally by their parents while they were minors.

"He did not negotiate for one item on our agenda. Not one program in the government was cut," Savage said. "Not one nickel of the budget was cut. Instead, they just spent like it’s unlimited money, they can just keep printing money, undermining our currency."

Knowing full well how famously vindictive and demanding of loyalty that Trump is, Savage told listeners he realized that attacking the president was going to be harmful.

"My first loyalty lies to my audience. I have built this relationship over 20 some-odd years," he said. "This relationship is more important than an ice cream summit with the president. And if you think I don’t know what this will cost me personally, you are quite wrong, my friends."

Savage also denounced fellow conservatives who he sees as naively thinking that Trump has some sort of "secret plan" to implement drastic cuts to government spending.

"Have you all become that stupid, that you don’t know what’s being done to you?" he said. "No, there’s no secret plan. You just got shafted and thrown on the roadside."

The host also took a swipe at his competitors Rush Limbaugh and Sean Hannity, both of whom he deemed "irrelevant" because they only talk about sports and the weather, respectively.

"What do you want me to do, not call them as I see them?" he asked listeners. "I’ll become as irrelevant as those who sit here and talk about sports all day or talk about the weather all day while you’re sitting here on the edge of your seat trying to find out what’s going on politically?"

Savage is not the only far-right conservative who has turned on Trump following his surprising agreement with Democratic leaders Nancy Pelosi and Chuck Schumer. Fellow shock pundit Ann Coulter has also been repeatedly blasting the president on Twitter.

She also retweeted two white nationalists to buttress her points:

She also defended doing so: