At the heart of it, some die-hard Bernie supporters still can't get over Hillary Clinton 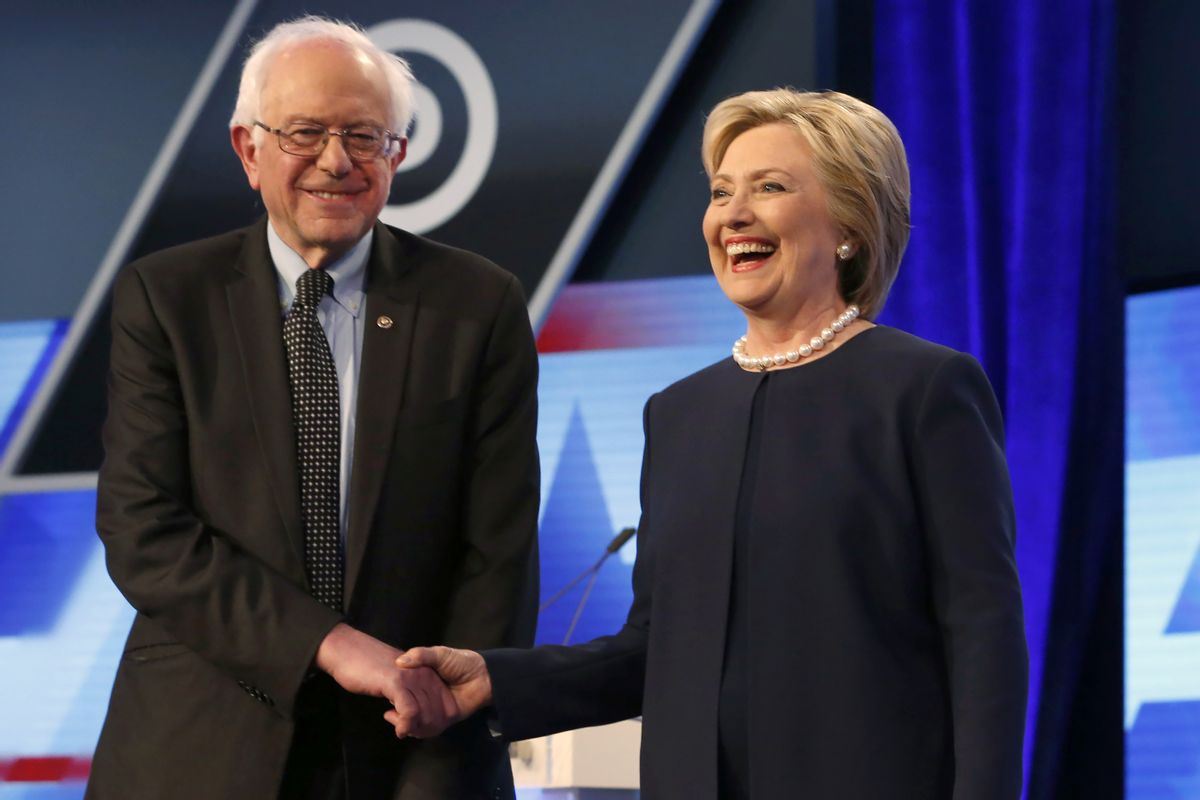 The 2016 Democratic Primary — like a bad relationship in the rearview mirror — is long dead. But a group of jilted progressives won't move let the past stay in the past, no matter how hard they try.

Politico reported Friday that Bernie Sanders supporters are trying to infiltrate and purify the Democratic Party by lobbing attacks at anyone who seems to move to the center.

Prominent Democrats are increasingly riled by attacks from Bernie Sanders' supporters, whose demands for ideological purity are hurting the party ahead of the 2018 midterms and 2020 presidential election, they say.

But it’s not just the outside agitators that Democratic lawmakers, operatives, and activists are annoyed with: They’re tired of what they see as the senator’s hesitance to confront his own backers, either in public or through back channels.

In response, Democratic senators and outside groups have begun telling Sanders and friendly intermediaries that if he wants to be a leading figure for Democrats ahead of 2020’s presidential election, he needs to get his supporters in line — or at least publicly disavow their more incendiary statements.

This bothered People for Bernie, which describes itself as "activists and organizers building a broad, effective movement for democratic change," but is acting like a bunch of spurned lovers. The group responded on Medium, saying that the Politico article constituted "the Democratic Party establishment's recent attempts to divide the party and grassroots."

People for Bernie present a convoluted argument. In their first paragraph, they renounce loyalty to the Democratic Party, but in the very next paragraph say that Democrats are "the ones creating division." And that is followed up by this:

If certain Democrats can only see the attacks on them, they need to act less like Republicans and more like Democratic Socialists.

Let's parse this out for a second. Because to People for Bernie, Democrats — which they say they're definitely not — are actually Republicans unless they're Democratic Socialists. "We don't get to decide the litmus tests," People for Bernie later wrote, without a hint of irony for a group that just said centrist Democrats are acting too much like Republicans.

The piece ended by giving Sanders — a real, living person whom a lot of people actually voted against last year — the God treatment. But in the context of their entire party-bashing piece, the call to action came up mighty short.

Possibly most important, there’s great work being done across the Democratic Party coalition spectrum, from socialists to centrists (who are fast moving to the left on issue after issue) leading up to the 2018 election. We feel centering us in this debate, and centering Bernie, erases that work.

But Bernie Sanders has indicated his movement should be about "ideas" and not "any single candidate," as he made explicitly clear when he suspended his campaign last year. So is the People for Bernie movement, which wants to "center Bernie," actually listening?

If the People for Bernie movement is about making Sanders the hero, there must also be a villain. And instead of Trump, the villain is Hillary Clinton. The movement, for those not following the long-simmering Declaration of Independence of People for Bernie online, is as much about making sure the 2016 Democratic nominee stays in the shadows for as long as possible as it is about coming up with progressive solutions.

Granted, People for Bernie is just one of many Sanders-supporting groups, and shouldn't be conflated with the man — or the progressive movement — as a whole. But in claiming to speak for large swaths of Sanders die-hards, they could do damage to his image, or the image of progressives working to push the Democratic Party to the left.

And to that end, People for Bernie are re-opening old wounds by getting outraged at Clinton's last hurrah book tour. Clinton isn't running for anything anymore. She's on a promotional tour, yes, but after that she's pretty much going to stay out the public eye. To bring her back into the spotlight and re-hash old fights is a pointless exercise that makes both sides look petty — and one side can't afford to look backwards if it's claiming it wants to move on, as Senator Sanders himself has implored.

And who cares if Clinton slams Sanders? If the Sanders movement is built to last, it will survive until the next election cycle. To be bringing up the past once again, makes the movement about people, and not ideas.

But Clinton hasn't responded to the latest wave of attacks online. Maybe she's just not that into you anymore.