In 2017, stars picked up the mantle of resistance and ran with it 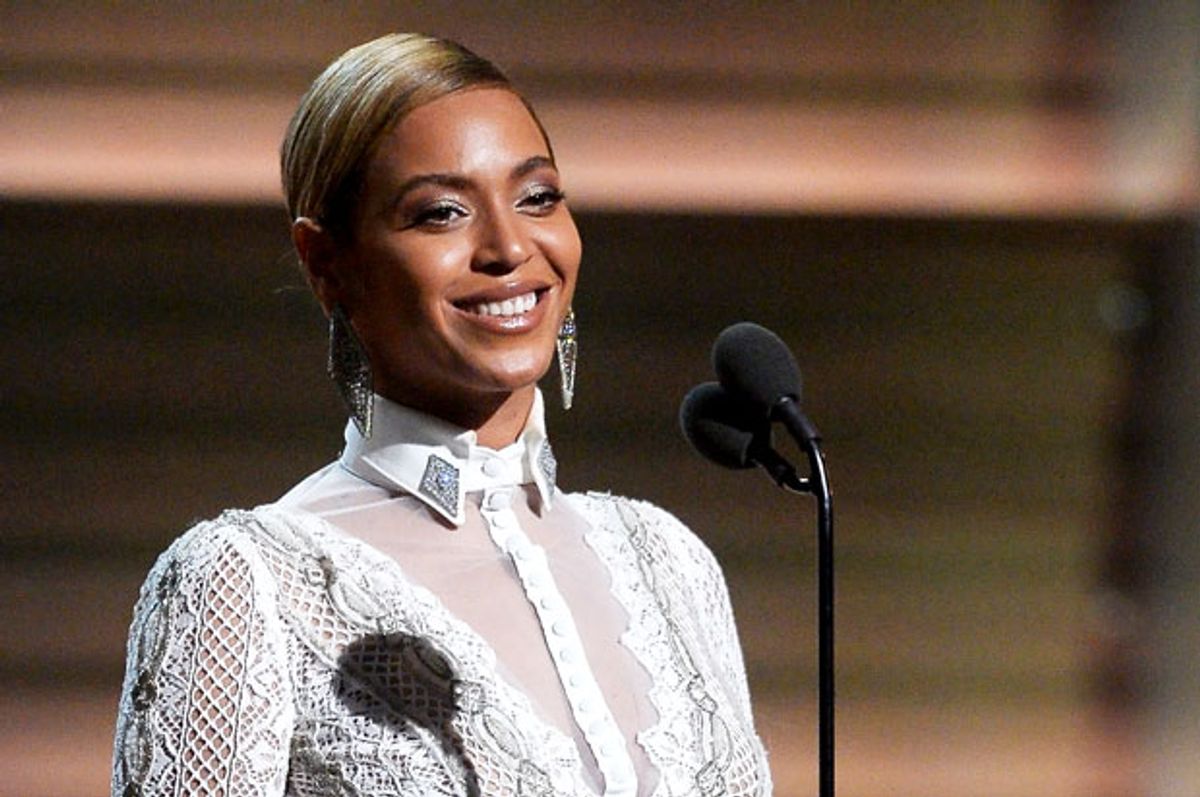 Beyonce at the 2016 Grammys (Getty/Kevork Djansezian)
--

Pop culture has come a long way since Harry Belafonte, actor and leader in social justice movements, called out Jay-Z and Beyoncé in 2012 for turning "their back on social responsibility." In fact, the superstar couple are now leading voices, advocates and activists for many of the current protest movements.

But the Carters are not alone. This year, with President Donald Trump's inauguration, white supremacist rallies and attacks, violence in Charlottesville, continued police brutality against unarmed black people and the institution of policies that are undeniably harmful to poor people and people of color, celebrities and entertainers across many arenas have used their power and platform to address systematic racism.

Belafonte still might not agree. In a new interview with the New Yorker, the actor/activist said he still doesn't see a strong black voice present in contemporary times. But that's what makes this time of Black Lives Matter, the Women's March and indigenous rights movements so powerful: There's no identifiable leader by design. Today we use a multiplicity of voices, including those of the stars below, to move the fight forward.

The moments selected here are not the only important moments of celebrity resistance, of course — but they're among the more significant and all are perfect examples of Belafonte's poignant declaration: "I don't know how you can ask citizens of color who were born into poverty, 'when did you become an activist?' You really become an activist the day you're born."

1. Beyoncé at the Grammys
When Beyoncé won "Best Urban Contemporary Album" for "Lemonade" -- a stunning work that celebrated black women; told stories of pain, love, sisterhood and history; and unequivocally said black women matter in every layer of her artistry — she affirmed this intention in her acceptance speech: "It's important to me to show images to my children that reflect their beauty, so they can grow up in a world where they look in the mirror, first through their own families, as well as in the news, the Super Bowl, the Olympics, the White House and the Grammys, and see themselves, and have no doubt that they are beautiful, intelligent and capable."

2. Ezra Edelman, director of the Academy Award-winning documentary "O.J.: Made in America," at the Oscars
As Edelman took the Oscar stage, it took a moment for him to get his footing. But by the time he thanked ESPN and the Academy for their support, his voice was clear. This film, he said, is for "the victims of police violence, police brutality, racially motivated violence and criminal injustice, this is their story."

3. LeBron James at the NBA Finals
In May, James found a racial slur spray-painted onto the front gate of his home. "Hate in America, especially for African-Americans, is living every single day," he frustratedly told a room full of reporters. "No matter how much money you have, no matter how famous you are, no matter how many people admire you, being black in America is tough," he said. "We got a long way to go for us as a society and for us as African-Americans until we feel equal in America." James did not hide his emotion or disappointment as he spoke has candidly about how racism affects black people no matter their stature, an influential message considering critics have often used celebrities' finances as a way to silence their commentary on inequality.

4. Jay-Z in the pages of Time
Jay-Z's op-ed was published after the premiere of the Kalief Browder docu-series he executive-produced, about the Bronx teenager who spent three years in solitary confinement awaiting trial because he couldn't afford bail. His charges were eventually dropped, but at 22, Browder committed suicide. "Millions of people are separated from their families for months at a time — not because they are convicted of committing a crime, but because they are accused of committing a crime," Jay-Z wrote. Jay-Z partnered with organizations to bail out fathers who are stuck in prison and can't afford their bail. But he acknowledged that was just a small step: "We can't fix our broken criminal justice system until we take on the exploitative bail industry," he said. The Kalief Browder series and op-ed served as powerful warnings of what happens "when black and brown people are over-policed and arrested and accused of crimes at higher rates than others," Jay-Z said.

5. L'Oréal model Clara Amfo resigns in support of Munroe Bergdorf
After trans model of color Munroe Bergdorf was fired from L'Oréal for condemning white supremacy on Facebook, model Clara Amfo used her Instagram to announce her resignation in solidarity with Bergdorf. "Not even a week ago I was proud to announce that I was to be in the same campaign as Munroe. A trans woman of colour," Amfo wrote, "who wrote a nuanced post on institutional racism and white supremacy in relation to Charlottesville and how the foundations of those heinous ideals trickle in to every facet of our society." She continued, "She has now been dropped from the campaign because L'Oreal feel that she is 'at odds with our values'....If she's not 'worth it' anymore, I guess I'm not either. #IStandWithMunroe."

Not even a week ago I was proud to announce that I was to be in the same campaign as Munroe. A trans woman of colour who @lorealmakeup hired to sell make up because of who she is. Who she is, a woman who wrote a nuanced post on institutional racism and white supremacy in relation to Charlottesville and how the foundations of those heinous ideals trickle in to every facet of our society. A newspaper took her post out of context and span it as "a rant" 🙄 with the most basic of dog whistle politics to rally people against her. She has now been dropped from the campaign because L'Oreal feel that she is "at odds with our values".....If she's not "worth it" anymore, I guess I'm not either. #IStandWithMunroe