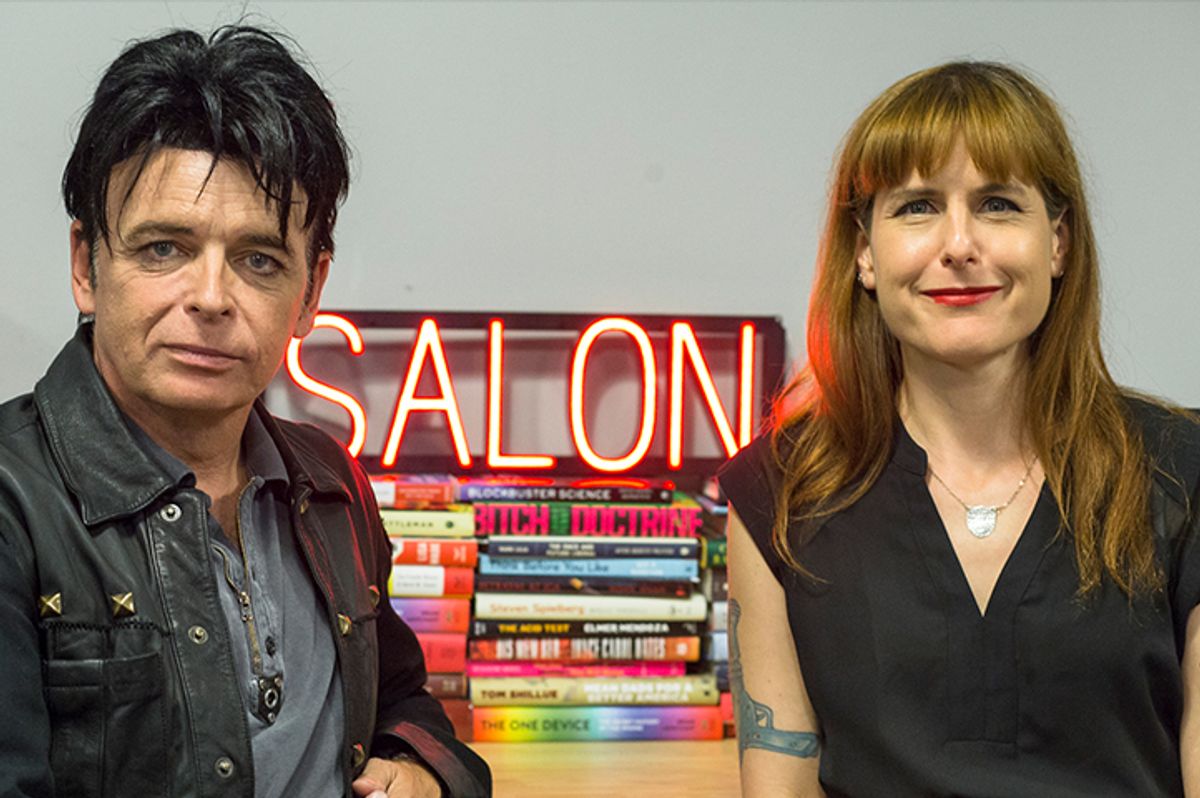 While "Savage" continues to work the harder, more industrial-edge sound Numan has been exploring for over a decade, the lyrical content returns to the futuristic concepts that captured Numan’s imagination when he was young.

He joined me on recent episode of Salon Talks. Here are some highlights from our conversation. Watch the video to hear more about the instrument he's had since he was a teenager, and tune in to the full Salon Talks interview here.

On the impact of science fiction on his songwriting:

When I first started, my first, second and third album — "Pleasure Principle" being my third one — I was more interested in science fiction, that sort of thing, that was in quite a lot of songwriting then. Since then, since the "Pleasure Principle" in '79, I haven’t really touched it. Until this new one, strangely enough. Which isn’t science fiction. It’s science fantasy. I guess it’s slightly different. But in between this, it was very, very different.

On his relationship to the synthesizers he became famous making music with:

I’m not a big a flag-waving champion of electronic music, of synthesizers and so on. I like anything that makes a good noise.

That can be a guitar or synth or banging a hammer on a wall, I don’t really care. Which I’ve done. You just look at the sounds and interesting ways of using those sounds and trying to turn it into music, really.