Water just got healthier—or so Pepsico wants you to think 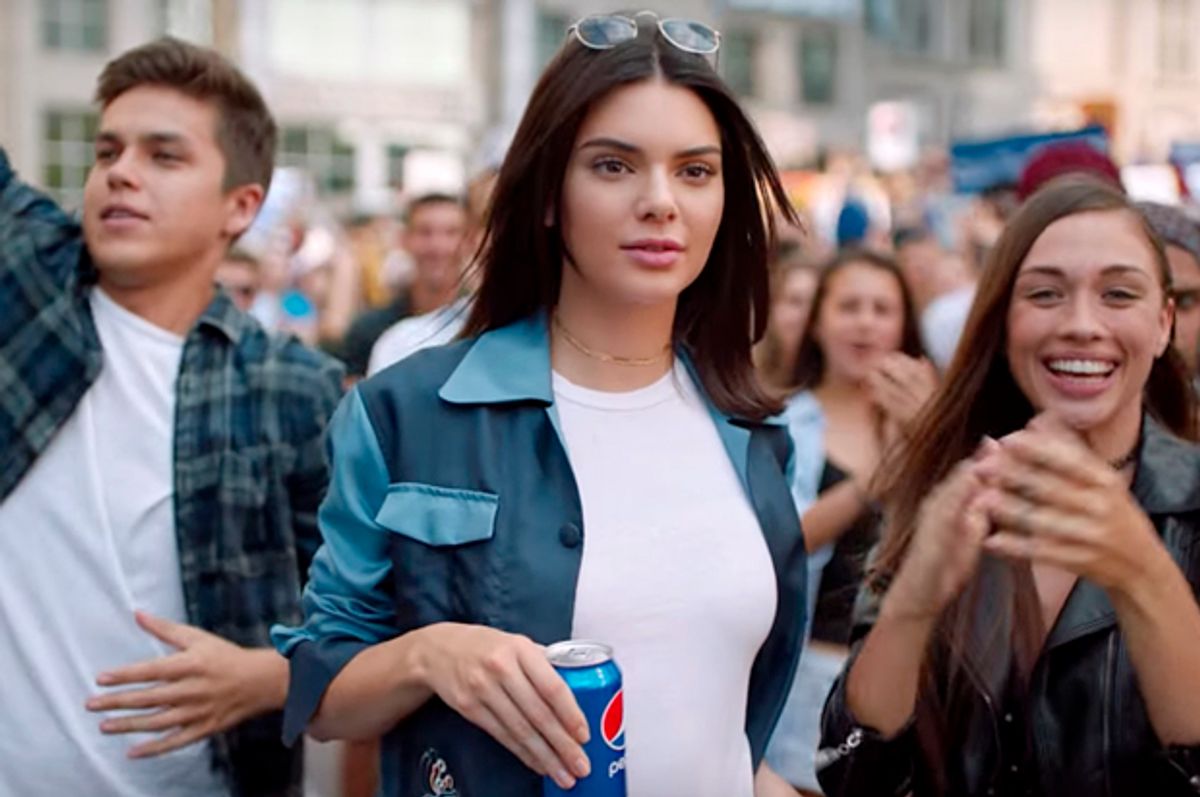 This year PepsiCo released a new line of water called Lifewtr, a pH-balanced drink sparkling with electrolytes purportedly meant to “[fuse] creativity and design to serve as inspiration for hydration.”

Designer water is just the U.S.’s latest market fetish. Many of the largest soda industries are attempting to cash in on the public's desire for nature’s elemental source, giving earth’s water a fizzy or mineral-enriched makeover — at the cost of environmental degradation and public rights to natural springs and wells.

PepsiCo is merely at the heels of this trend. In fact, last year was the first year bottled water sales eclipsed soda sales, in part because of growing health concerns over the sugary beverages. Bottled water has so grabbed the nation's attention that PepsiCo even took out an ad for Lifewtr during this year’s Super Bowl, a slot that is usually kept for sodas. And Smartwater, Coca-Cola’s “vapor-distilled” beverage, has enjoyed expanded success, spotlighting ads that feature the likes of Jennifer Aniston, only adding to water’s newest brand of iconography.

Though these life-enhanced, fizzily flourished and reversed-osmosis lexicons would like you to believe a new frontier of water has your health in mind, it’s unlikely that these products are much better than the stream pouring from your own home fountain.

This comes at a time when states like California have had to on-and-off implement mandatory restrictions on public water use, after years of drought. However this conservation ethic has yet to befall water bottle profiteers like Nestle. For instance in 2015, it was revealed that the water sommelier was sourcing its product from the San Bernardino National Forest in order to produce its Arrowhead Mountain Spring Water brand. Meanwhile communities all over the U.S. have been trying to safeguard their towns' rights to natural water resources. Most recently, Nestle aggressively outbid a small Ontario town’s attempt to purchase municipal spring water for its growing population. And the imperial guard of designer water, Fiji, has enjoyed corporate tax holidays from the country’s military regime, while its citizens lack viable tap water sources.

What about the plastic water bottles themselves? It is estimated that just 31% of water bottles are recycled, and that by 2050, 99% of seabird species will be consuming these plastics. In 2006 alone, it took 17 million barrels of oil to produce water bottles, the equivalent of 1 million cars on the road for a year, adding an incredible carbon footprint to overcome in future years.

Knowing this, is PepsiCo’s life-enhancing water worth the cost? In reality, both Lifewtr and Smartwater are sourced from municipal reservoirs. Meanwhile the cost of bottled water is more than 300 times that of tap water. Only last year was PepsiCo finally forced to change Aquafina’s label to acknowledge that all its bottled water comes from a public water source. Since then, Corporate Accountability International has been pressuring Coca-Cola’s Dasani to do the same.

With soda in a compromised position as a leading contributor to diabetes, it’s no wonder so many people are looking for a substitute. Bai Brands is one company that has made its liquid profits by selling “enhanced waters,” sweetened with fruit juices and stevia, attempting to become soda’s richer substitute. As Michael Simon, the chief marketing officer for Bai told the San Francisco Chronicle in April, the beverages “give people that healthy profile they’re looking for, but now they no longer have to sacrifice on taste with neutrality of water.”

However, it’s debatable whether water’s new “healthy profile” goes any further than skin-deep advertisement. According to the Huffington Post, enhanced water’s alkalizing benefits may be useless to your body if you are not addressing underlying pH imbalances. In a few cases alkalizing water can even be potentially harmful, depending on your constitution.

But against health and environmental odds, the legions of bottled-water drinkers grow. The soda industry is being harried by local tax measures seeking to add a soda tax to all sodas sold at the market. In 2016, the cities of Oakland, Albany and San Francisco, along with Boulder, Colorado, voted for a 1-2 cent-an-ounce soda tax — a huge disappointment to soda companies that spent more than $30 million to defeat the measures and lost by a landslide.

With a changing economic landscape at their feet, it’s obvious why soda companies have tried to pioneer water as a value-added landscape. That said, before we give bottled water any more facetime, we should all question whether these life-enhanced waters are anything more than the purest form of make-believe. Otherwise, we are risking the rights to an elemental source and the futures of communities across the globe. All this for the limited belief that drinking enhanced-water is any better for your lifestyle.