A climate skeptic gets facts about Hurricane Irma oh-so-wrong 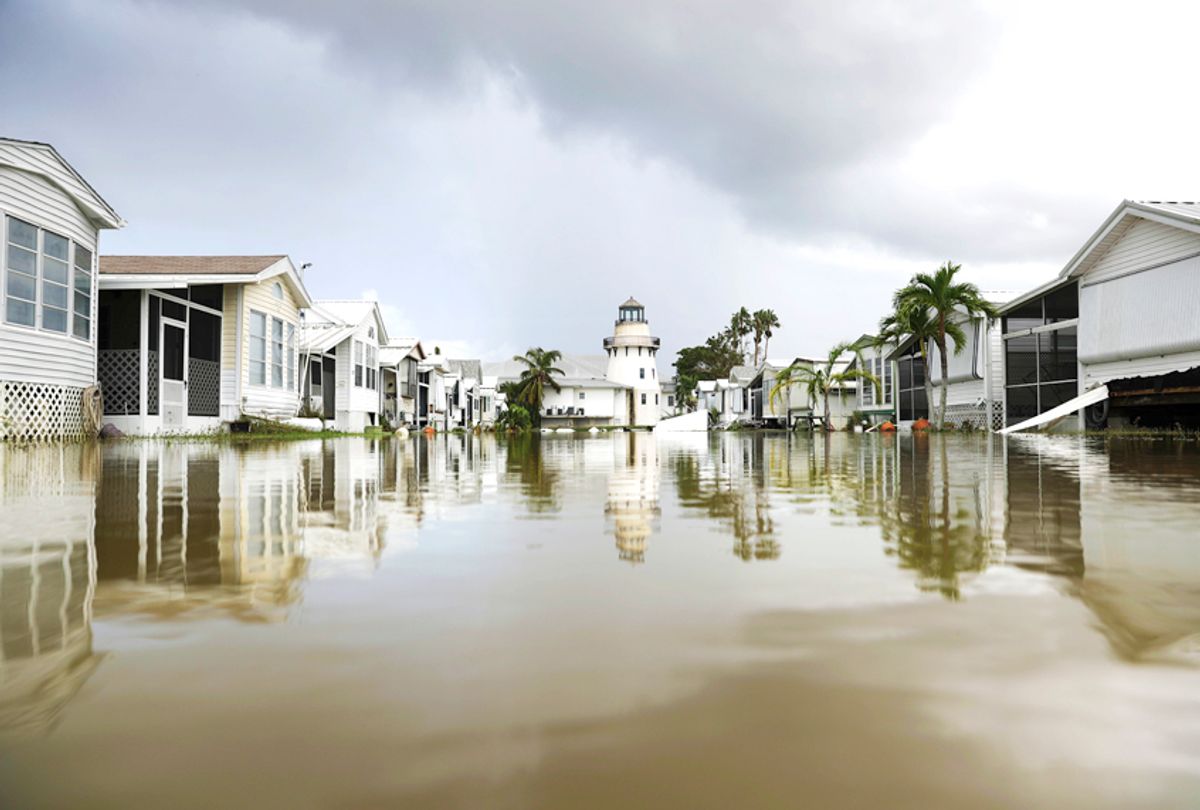 A powerful hurricane slammed into Florida this weekend, leaving millions of residents without power. The storm — making landfall two weeks after another storm devastated the Gulf Coast of Texas — imposed some damage on Florida, though the extent is still unclear. Officials said it could be weeks before electricity was restored; it might be longer until things go back to normal.

After the two monster storms hit the mainland, climatologists warned that rising water temperatures and higher sea levels could mean that global warming — or climate change, if you prefer to call it that — is a "moral crisis." That, obviously, warranted a response from the so-called climate skeptics.

Here's where Steve Goddard — real name, Tony Heller — comes in. Goddard is a world-renowned climate skeptic, and unleashed a flood of untruths. Here are the highlights.

Because Hurricane Irma moved slightly west at the last minute, Miami was spared in some ways, and the two worst-case scenarios never materialized. The first would have brought the storm straight up the middle of the state, keeping Miami inside or near the eyewall, where winds would have exceeded 100 mph. The second would have kept the storm east, off the coast, pushing the storm surge and battering the low-lying barrier islands (where some of the most opulent mansions in the country are situated).

This not-destruction of Miami was proof to Goddard that the storm was weak.

Even though multiple cranes broke due to the winds, and it's clearly visible that there was a lot of wind, a lot of rain and a lot of water, the city is still standing. Take that, science!

There's no storm surge, because this lake is completely empty!

One of the most striking images from Hurricane Irma was the sight of the waters having receded, exposing the sea floors in some areas.

Scientifically speaking, there are a few flaws with Goddard's tweet. First of all, the north side of the hurricane had winds blowing to the west, meaning that the storm was pushing the seas away from the coast. And that brings us to the second point. Only very powerful storms could take all the water from these bays and inlets and bring them to somewhere else. After all, if there is no water in a place that once had a lot of water, the water that was displaced had to go somewhere. That's simple physics. Wind speeds are lies!

There's a bit of truth to this one. The National Weather Service issues wind speeds as they relate to their maximum — which is often near the center. Since the center stayed offshore, few areas were affected by high sustained winds lasting for a minute, on average (gusts are another story). And since the storm weakened before coming ashore, the strongest winds — those that destroyed islands in the Caribbean — weren't seen in Florida.

Goddard was apparently hoping for widespread death and destruction, because one couldn't help notice some disappointment in his tone in noting that buildings were still standing and people lived to tell the tale.

Three of the ten deadliest Atlantic hurricanes occurred during the Revolutionary War. Democrats don't believe in history or science. https://t.co/RD1nOWWVVt

In the 240 years since the United States declared independence, a lot has changed. For example, we as a country have gotten good at building houses that are stronger than plywood and straw. Building codes ensured that houses could withstand hurricane-force winds. Even in the 25 years since the deadly Hurricane Andrew, we've strengthened requirements for houses.

And although forecasters admittedly can be off by anywhere from a mile to a hundred miles, we're able to tell the difference between a thunderstorm and a hurricane. That didn't happen in the great Labor Day Hurricane of 1935, as National Geographic wrote:

By Labor Day weekend, the developing storm had slipped into the Bahamas. In the Weather Bureau’s advisories, it was little more than a windy rainstorm.

So here we have the most ridiculous argument ever. Because thanks to science, we're better able to predict and strengthen ourselves in the face of hurricanes, we're now immune, and shouldn't worry about anything.