The argument for the defense in the case: Who killed the summer box office? 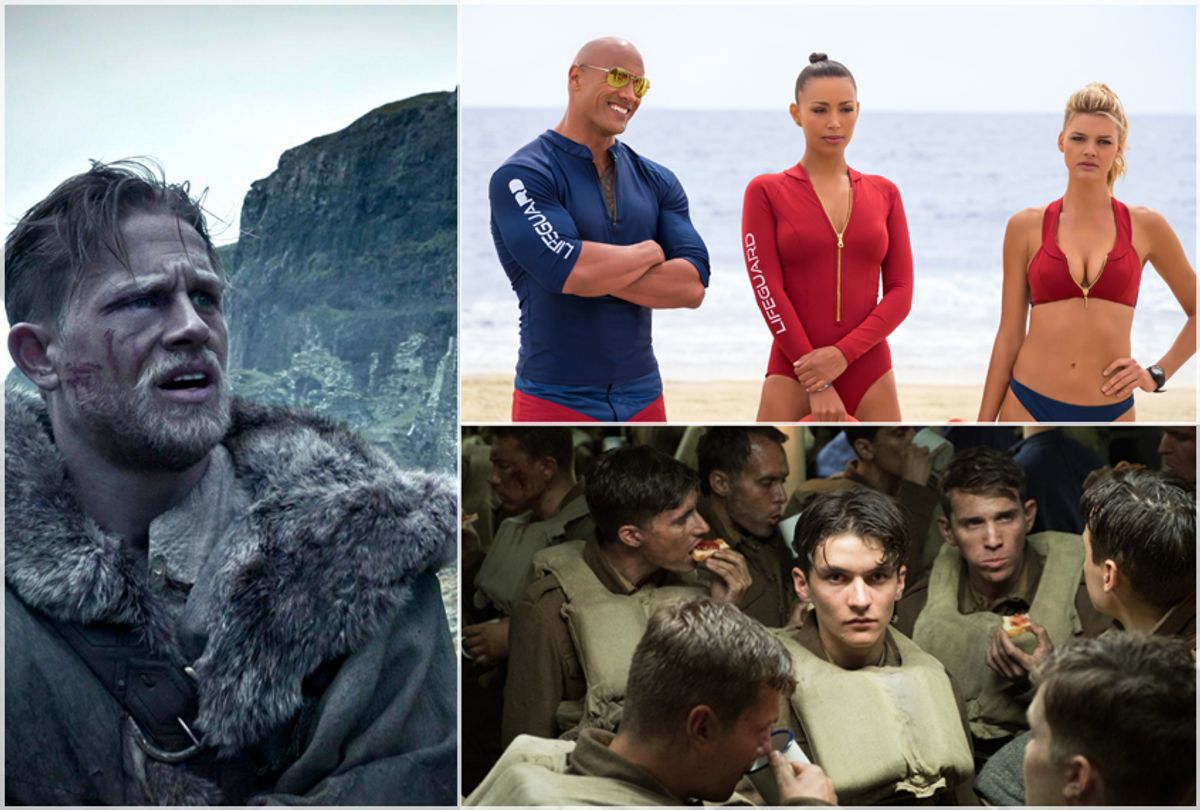 Here’s the plot: Picture “Rocky” meets “The Social Network.” An aging Hollywood comes up against a young, scrappy website. The site may be small (staff: 36), but it’s figured out how to unite all of Hollywood’s biggest enemies (critics) into one Voltron-like force. Can the site — let’s call it Rotten Tomatoes — do what generations of difficult actors and striking writers couldn’t and bring down Hollywood? Or, will our beloved Hollywood prevail? But wait! There’s a twist: Rotten Tomatoes is the child of a group (Fandango) that swore allegiance to Hollywood. Duh duh duh duhhh.

Hollywood studio executives are accustomed to out-there narratives. But the one they’ve concocted to explain their business’s recent sputtering sounds incredible even by their standards — and, lest we not forget, Sony released a coming of age tale about an emoji burdened by multiple emotions this summer.

Last week, several high-profile Hollywood personnel were quoted in The New York Times as saying Rotten Tomatoes, a movie review aggregator, is killing the movie business. One, Brett Ratner (Director of “Rush Hour,” producer of “The Revenant”) went as far as to call the site “the destruction of our business.” Another anonymous exec “declared flatly that his mission was to destroy the review-aggregation site.”Since then, the aggregated have responded: Bologna!

The wide dismissal of Hollywood’s working theory for its recent woes is generally right. Hollywood’s issues have more to do with competition than criticism. The cost to attend a movie has risen astronomically in recent years, while the alternatives have improved in stride. A 2014 poll found that Americans prefer to watch movies at home rather than in the theater. And Americans are going to the theater less often. To get audiences into theaters requires more incentive — not just a good review (or the absence of a bad one) but buzz, the sensation of attending an event.

Rotten Tomatoes was founded in 1998 but has only become pervasive in recent years. Annual ticket sales, meanwhile, have been declining gradually but not consistently since about 2002. The correlation between a decline in moviegoing and the growth of Rotten Tomatoes is hard to spot; causation is even harder to manufacture.

The declining fortunes of the movie industry are not the fault of Rotten Tomatoes. However, that doesn’t mean studio executives and producers are wrong to blame a given big budget film bombing on the review aggregator. At a micro level, Rotten Tomatoes may be having a bigger impact than we think.

There is a chapter in Derek Thompson’s book, “Hit Makers: The Science of Popularity in an Age of Distraction,” published in February, about how things go viral in the age of the internet. Basically, they don’t. Rather than spreading from individual to individual, Thompson, working from research done by Yahoo, argues that “Popularity on the Internet is ‘driven by the size of the largest broadcast.’” Things that spread on the internet are generally shared by one large host source (a celebrity’s Twitter account, a big media outlet, etc.) to many smaller sources with diminishing and discreet (in-person) shares from the infected pool. “Digital blockbusters are not about a million one-to-one moments as much as they are about a few one-to-one-million moments,” Thompson writes.

What’s more, a veneer of quality has been shown to have a large impact on perception of quality. Thompson cites a separate study from Columbia University researchers in which subjects were presented with 48 songs for download on various websites and were instructed to download their favorites. On some sites, the songs were ranked by their popularity and on others they were not ranked. The songs that were most downloaded were different on the different sites. On the sites where the songs were ranked, people tended to download the most popular songs. And when the researchers inverted the rankings on other sites, songs that were formerly unpopular became popular.

It’s notable that the ten highest grossing movies of the year all have fresh Tomatometers (scores greater than 59%). The recent success of “The Emoji Movie” in the face of an abysmal 8% Tomatometer score has been cited as an exception disproving the rule that Rotten Tomatoes can sink movies. However, it may be the exception proving the rule. Sony embargoed reviews on “The Emoji Movie” until the film’s wide release, which, as the Times notes, “left the Tomatometer blank until after many advance tickets had been sold and families had made weekend plans.”

There’s a temptation on the part of critics and bloggers to respond to Hollywood executives’ lamentations about poor Tomatometer scores with a snide, “Well, how about making better movies?” But Hollywood cynicism about moviegoing is based in reality. Most moviegoers don’t watch films the same way or for the same reasons as critics. They like sequels, they like franchises, they like bigness, they like fun and they don’t like to be challenged. Of the top ten highest grossing films of the year, only two (“Dunkirk” and “Get Out”) are original concepts, and each of those films was bolstered by the media portraying them as must-see events.

“King Arthur” and “Baywatch,” meanwhile, were liked well enough by audiences that it’s worth asking why they flopped. Did they suffer from poor marketing campaigns, untimely releases or a critic-created narrative that they were atrocities? Each movie’s rollout was fairly conventional. And each was released in May (May 12 for “King Arthur,” May 24 for “Baywatch”), around the same time as “Snatched” (May 12), “Pirates of the Caribbean: Dead Men Tell No Tales” (May 26), and “Captain Underpants” and “Wonder Woman” (June 2). The two movies may have been lost in the torrent of big budget studio films released from mid-May to early June. But the bad buzz around the films, reflected on Rotten Tomatoes, would explain why they were lost.

So, though the issue for Hollywood as a whole is not Rotten Tomatoes, you can’t blame a movie executive for being on a “mission to destroy the review-aggregation site." Rotten Tomatoes could very well play a big part in killing given tentpoles — just as it could boost others. On the other hand, that sort of simpleminded thinking — DESTROY — is part of what’s plaguing Hollywood. The studios behind “King Arthur” and “Baywatch” have been watching too many of their own shallow bad-versus good films if they think they’ll solve their problems by crushing the enemy out of existence. Kill Rotten Tomatoes, and watch as Metacritic (a separate review aggregator that doesn’t currently have the reach of Rotten Tomatoes) or some other site fills the niche.

But there’s a more nuanced resolution. Studios ostensibly want the same thing as Fandango: to sell movie tickets, and to do so sustainably. Pulling one over on fans may prop up the box office today, but the sour experience will make moviegoers less inclined to return to the theater. So movie executives and Fandango should want some way for fans to guarantee their own satisfaction (like a review aggregator). But their priority should be to prop up a different metric. Instead of advertising critics’ scores, Rotten Tomatoes should trumpet films’ Audience Score. The Audience Score, rather than the Tomatometer, should be the number that pops up when someone searches for a film on Google or Fandango. That minor change would solve Hollywood’s Rotten Tomatoes problem. As for the bigger, long-term downward trend in ticket sales? There’s your sequel.