Trump is slurring his words in conversations, Roger Stone says. Exhaustion or medication? 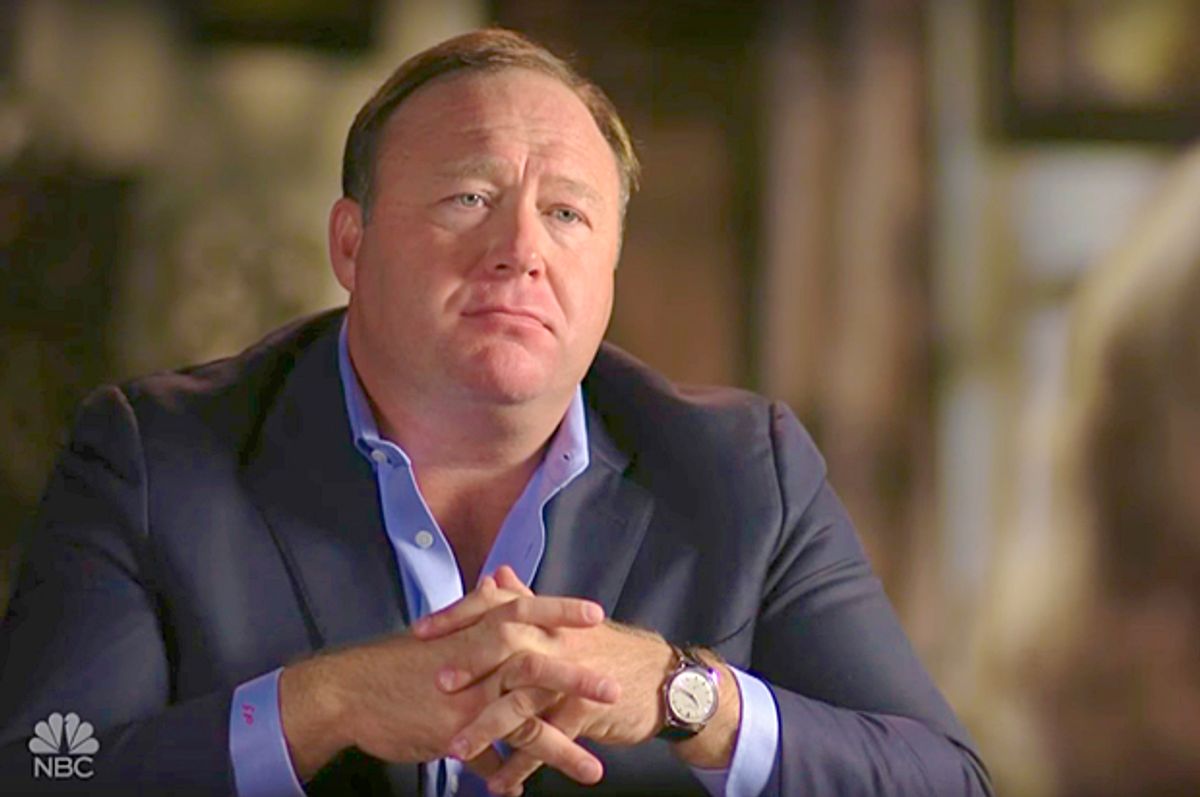 Two of President Trump's most loyal allies have expressed concern that he is being drugged. On "The Alex Jones Show" Monday, political attack dog Roger Stone revealed bombshell information about the president's speech.

"Let’s be very clear: I have a source at The New York Times, a reporter who expressed to me a concern that in a conversation they had on the phone with the president that he was slurring his words," he added.

Because Trump does not drink, and "certainly does not do drugs," the only plausible explanation for the president's slurred speech is that he is being involuntarily medicated, according to Stone. That, or the president is just exhausted.

"Now, in the president’s defense, could he be exhausted? Yeah, he works very hard for the country," Stone said. "But I have now heard not from one, but two different sources, that he seemed disoriented and was slurring his speech in conversations. To me this is a tip off that he may be being medicated."

Jones, notorious for his conspiracy theories, seemed to give credence to the story, despite the fact that Stone's sources are from inside The New York Times, a hated newspaper of Jones' audience.

"Let me stop you. Let me stop you," Jones said at one point in his conversation with Stone. "When I’ve had conversations with [Trump] it’s like he’s speaking like an actor. It’s so precise and so smooth, exactly, then you hear he’s slurring his words. It’s like, 'Woah.'"

Why Jones and Stone would tell the Infowars audience that Trump is slurring his words is almost as confounding as the story itself. Trump projects himself as a macho-man blessed with "perfect genes," so any sign of weakness, such as slurred speech, would surely spoil that image.

But then Stone explained who he thought could be behind the president's drugging.

"Is General [John] Kelly above this? No," Stone said.

Stone and his ilk believed that Kelly has been moderating the president ever since he took over as White House chief of staff. The "alt-right" fear that Kelly's influence will ruin Trump's white nationalist agenda and instead give sway to so-called globalist policies.

"He needs to have a third-party doctor, not the Pentagon doctor, to have his blood tested," Jones advised the president.

Earlier Monday, Jones gave a deranged monologue on the subject:

Ladies and gentlemen, I was told this by high level sources, and it was evident and especially after [Ronald] Reagan was shot in his first year in office when he was acting like Trump, and doing the right things, that he never really recovered. They gave him cold blood, and his transfusion that causes brain damage. They slowly gave him small amounts of sedatives. It’s known that most presidents end up getting drugged. Small dosages of sedatives till they build it up, Trump’s such a bull he hasn’t fully understood it yet.

So notice, “Oh, he’s mentally ill. Oh, he’s got Alzheimer’s.” They isolate him then you start slowly building up the dose, but instead of titrating it like poison, like venom of a cobra, or a rattlesnake, or a water moccasin where you build it up slowly so that you get a immunity to it, you’re building it slowly so the person doesn’t notice it. First it’s almost zero, just a tiny bit and then a little more and then your brain subconsciously becomes addicted to it and wants it and so as the dose gets bigger and bigger you get more comfortable in it. The president’s about two months into being covertly drugged. Now I’m risking my life, by the way, tell you all this. I was physically sick before I went on air. Because I’m smart. And I don’t mean that in a braggadocious way. I mean I’m not dumb. The information you’re going to get today is super dangerous. In fact, I’m tempted just to let it out now so they don’t cut the show off or something before this goes out. I mean this is the kind of thing that gets you killed.