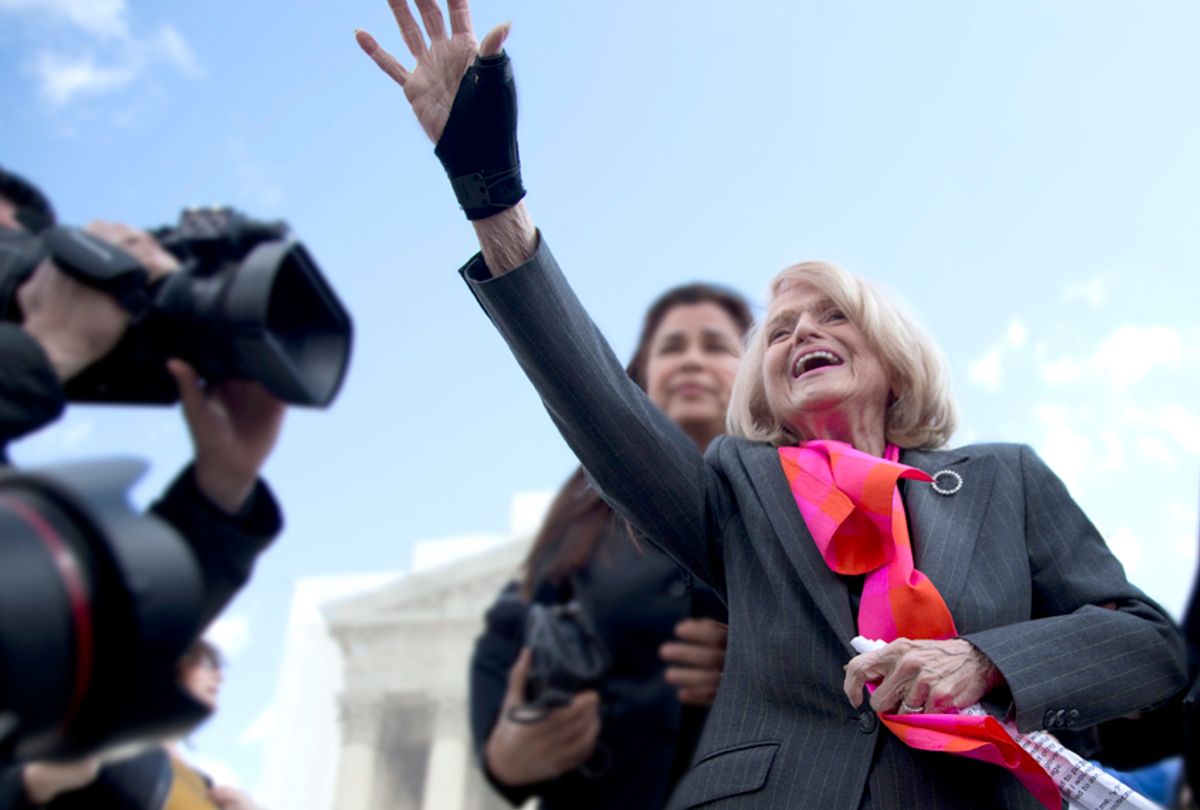 Edith Windsor in front of the Supreme Court (AP/Carolyn Kaster)
--

Edith Windsor, the gay-rights activist whose historic Supreme Court case ended the Defense of Marriage Act, died Tuesday. She was 88 years old. Windsor's death was confirmed dead by her wife Judith Kasen-Windsor, the New York Times reported. The couple were married in 2016.

But it was Windsor's first marriage to Thea Spyer in 2009 that propelled her into the spotlight. The spouses were married in 2007 in Canada, though their marriage was not legally recognized in the U.S. When Spyer died, Windsor inherited her estate. "But the Internal Revenue Service denied her the unlimited spousal exemption from federal estate taxes available to married heterosexuals, and she had to pay taxes of $363,053," the New York Times said. So, Windsor sued the United States.

"On a deeply personal level, I felt distressed and anguished that in the eyes of my government, the woman I had loved and cared for and shared my life with was not my legal spouse," Windsor told Buzzfeed. By 2013, her lawsuit made it to the Supreme Court where the Defense of Marriage Act was struck down as unconstitutional by a 5-4 ruling. United States v. Windsor was a catalyst for the legalization of gay marriage — something that was achieved in 2015 on a federal, nationwide level when the Supreme Court ruled that the 14 Amendment granted all citizens the right same-sex marriage in Obergefell v. Hodges.

"Married is a magic word," Windsor told a rally outside City Hall in New York in 2009, the New York Times reported. "And it is magic throughout the world. It has to do with our dignity as human beings, to be who we are openly."