The star followed up his viral red-carpet comments on the nature of being with a clearer, yet puzzling, exegesis 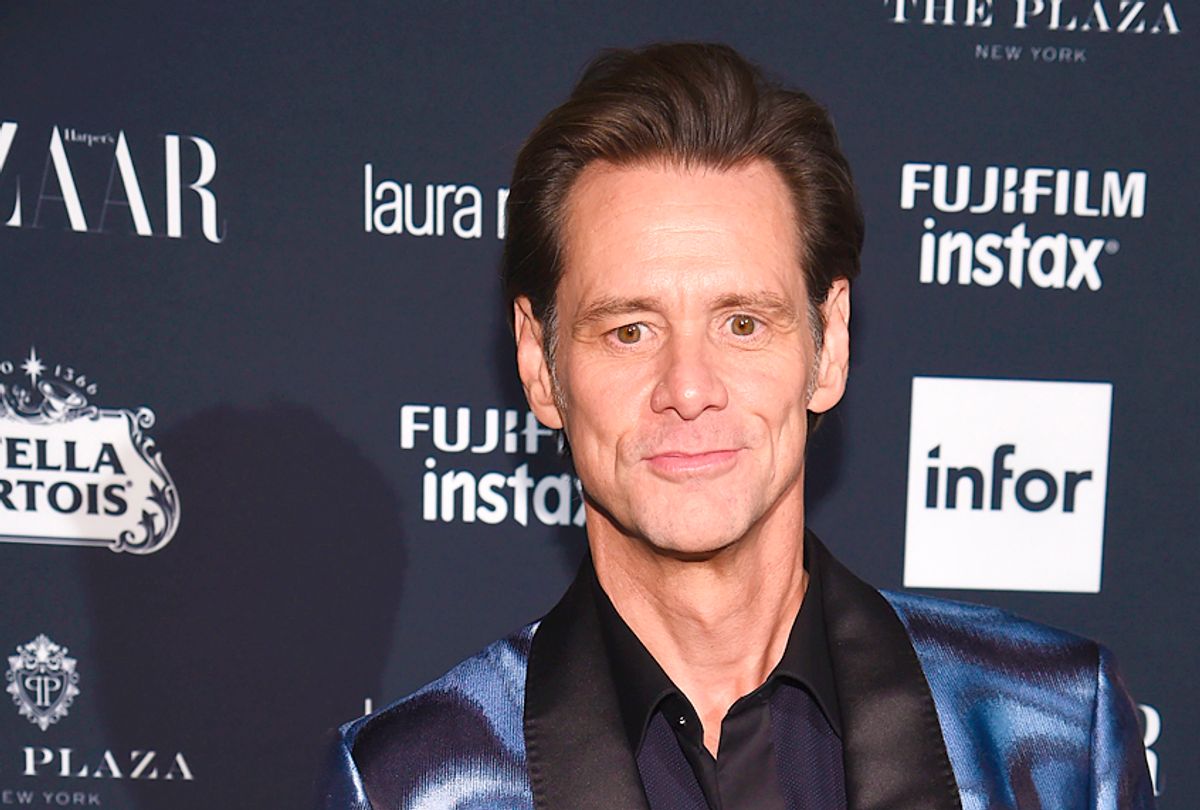 It was just this past weekend that the world soaked in and rubbed its collective chin over the Fashion Week red-carpet appearance of noted comedic star of "Ace Ventura: Pet Detective" and lesser-known philosopher Professor Jim Carrey.

Speaking to an E! News reporter, the Fashion Week newbie held forth on the questionable relevance of the event, the overestimated value of "icons" and the slippery ontology of the self. In the broadest of terms, his general conclusion aligned with both the European existentialists of the mid-2oth century and the long heritage of Eastern Buddhism-inspired thought. "There is no me," he said. "There are just things happening and there are clusters of tetrahedrons moving around together."

Carrey added, "Here's the thing, it's not our world. We don't matter, there's the good news." In some senses, this is straight from the Buddha himself. In others, it mirrors Camus' embrace of uncertainty. As well, he's right in at least this sense: Fashion Week doesn't matter. I write this as someone who's attended and dutifully reported on several. It also taps into the current beneath Fiona Apple's acceptance speech for Best Artist at the 1997 MTV Music Video Awards in which she said, "This world is bulls**t". One could also analyze it as an attempt at Bill Murray-style blasé s**t-calling that swung into trollish self-love instead of warm wryness if one were so inclined.

Whatever particular philosophical school Carrey belongs to, it is far afield from the Western Analytic tradition and involves cool shapes and shiny, shiny jackets.

Take in the moment below and prepare your thesis statement:

Now, much like a Ph.D. student defending a dissertation, Carrey has added more detail, more nuance to his statements during an interview at the Toronto Film Festival while promoting his forthcoming film "Jim & Andy."

As Carrey told The Wrap — focusing on his first profession as a performer rather than painter or critical-theory post-doc — "As an actor you play characters, and if you go deep enough into those characters, you realize your own character is pretty thin to begin with. You suddenly have this separation and go, 'Who’s Jim Carrey? Oh, he doesn’t exist actually.'" An intriguing new resonance to be sure. He added, "There’s just a relative manifestation of consciousness appearing, and someone gave him a name, a religion, a nationality, and he clustered those together into something that’s supposed to be a personality, and it doesn’t actually exist. None of that stuff, if you drill down, is real." Again, the continental and Eastern influences are there for the taking.

After adding that all the hair, makeup, costume and other trappings of being on the promotional-appearance circuit happen "without the idea of a 'me,'" Carrey went further:

I'm not the continuum. There's no me. It's just what’s happening. It's not personal . . .  Things are happening, and they're going to happen whether I attach myself as an ego to it or not. There's grooves that are cut pretty deep from my entire life. There's still an energy that wants to be admired and wants to be clever, and there's still an energy that wants to free people from concern, and now it goes further. I want to relate what this is to people so they can also glimpse the abyss! It sounds scary, but it's not. Everything still happens.

Ah, very good. It is the rare thinker who can elide such metaphysical undercurrents with his own situation, with his own wariness of fame, with his own empathy and concern for humans in general. Here we cross over into the area of a sort of New-Age metaethics, though what exactly Carrey's position is remains unclear, problematized.

Whatever — even if this is very second-semester freshman year stuff, at least Carrey is thinking, pondering, asking himself questions and underlining the fact that, in the mold of Apple, his world of fame is some particularly weird bulls**t.