Sanders scoffs at Clinton's claim he stole her ideas

"Does anybody really believe that?" Sanders says Democrats have adopted his ideas, not the other way around 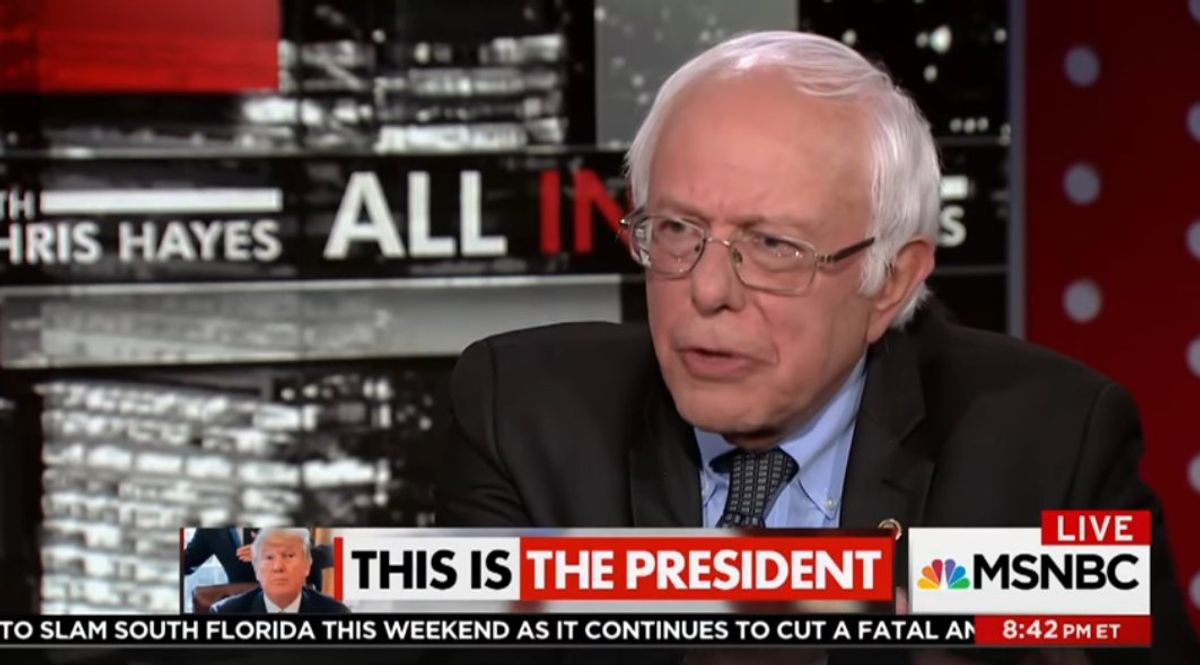 Bernie Sanders during an appearance on MSNBC's "All In With Chris Hayes." (Screenshot)
--

Former Democratic presidential candidate Bernie Sanders is pushing back hard against a claim from his one-time rival Hillary Clinton that he deliberately undercut her with party voters.

Clinton made the assertion in her upcoming book "What Happened," which comes out tomorrow. "No matter how bold and progressive my policy proposals were . . . Bernie would come out with something even bigger, loftier and leftier, regardless of whether it was realistic or not," Clinton wrote. She also compared him to a crazy character in the film "Something About Mary" who had ludicrous business ideas.

Initially, Sanders tried to brush off the former secretary of state's criticism nicely, saying during a Sept. 6 appearance on CBS' "Late Show" that he wanted to move on from the past.

"Our job now is really not to go backwards. It is to go forward," he told host Stephen Colbert. "It is to create the kind of nation we know we can become. We have enormous problems facing us and I think it’s a little bit silly to keep talking about 2016.”

Appearing the next day on MSNBC's "All In With Chris Hayes," however, Sanders was more cutting in his rebuttal.

"I.e., Bernie Sanders just stole all of Hillary Clinton's ideas. Does anybody really believe that?" he asked incredulously as his host covered his mouth to suppress a smile.

"The truth is and the real story is that the ideas that we brought forth during that campaign — which were so crazy and so radical — have increasingly become mainstream," Sanders added.

The senator continued: "I talked about a trillion dollar infrastructure. We talked about making healthcare a right of all people through Medicare for All. Medicare for All is becoming mainstream within the Democratic Party. . . . Making public colleges and universities tuition-free. Talk to the governor of the state of New York. He's pretty proud of his accomplishment."

Sanders ended his rebuttal: "Many of the ideas that we talked about that Secretary Clinton and others said 'oh those are too far out.' They are the ideas that are sweeping America, that most Americans now support."

Watch the full segment below, including Sanders' response to Hayes' question about whether the Vermonter's big ideas are analogous to the false promises that Republicans made to their voters about Obamacare and federal spending.