The city's Democratic mayor has previously been accused of sexual abuse, and the new allegations go back decades 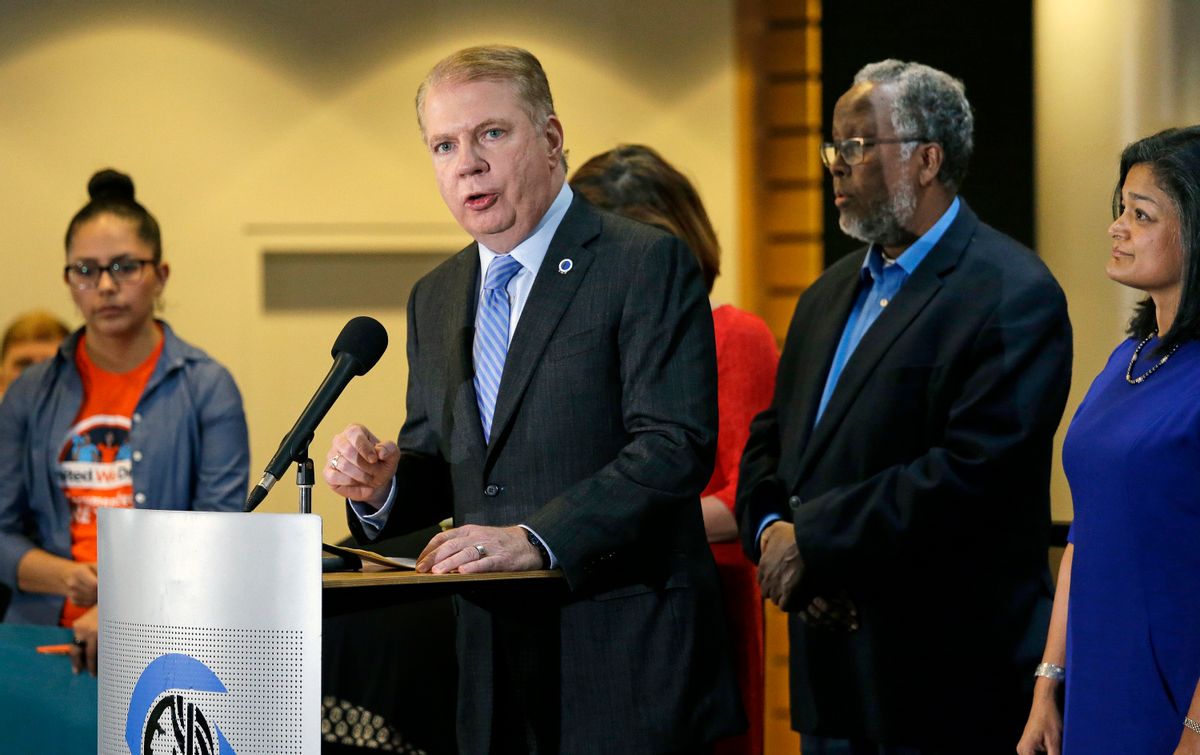 On Tuesday morning, only hours after he was publicly accused of sexually abusing his younger cousin, Seattle Mayor Ed Murray announced he would resign.

Murray's resignation will go into effect at 5 p.m. on Wednesday, the Seattle Times reported.

"While the allegations against me are not true, it is important that my personal issues do not affect the ability of our City government to conduct the public’s business," Murray said in a statement, the Times reported.

Mayor Murray was elected to office in 2013, and was formerly a Democratic state legislator.

Murray's cousin, Joseph Dyer, 54, became the fifth person to accuse him of sexual abuse. Dyer said Murray, 62, forced him to have sex at the age of 13, while the two lived in Dyer's mother's home in New York, according to the Times.

Lloyd Anderson, another man who has accused Murray of sexual abuse, released a statement through his attorney in which he expressed empathy for other alleged victims. "I feel victory, but saddened that it required another victim to come forward for him to resign. I wonder how many other victims are out there," the statement said, according to the Times.

Murray, who ended his re-election bid earlier in the year due to the scandals, has denied all of the allegations, and indicated that the most recent accusations stemmed from "bad blood between two estranged wings of the family," the Times reported.

As for future leadership in Seattle, city Councilmember Bruce Harrell will step in as mayor and will decide within five days if he will finish out Murray's term or not, the Times reported.