This Alaska church is becoming a sanctuary for art

"I think churches, in general, are often big wastes of space, and they don’t have to be," says Anchorage pastor 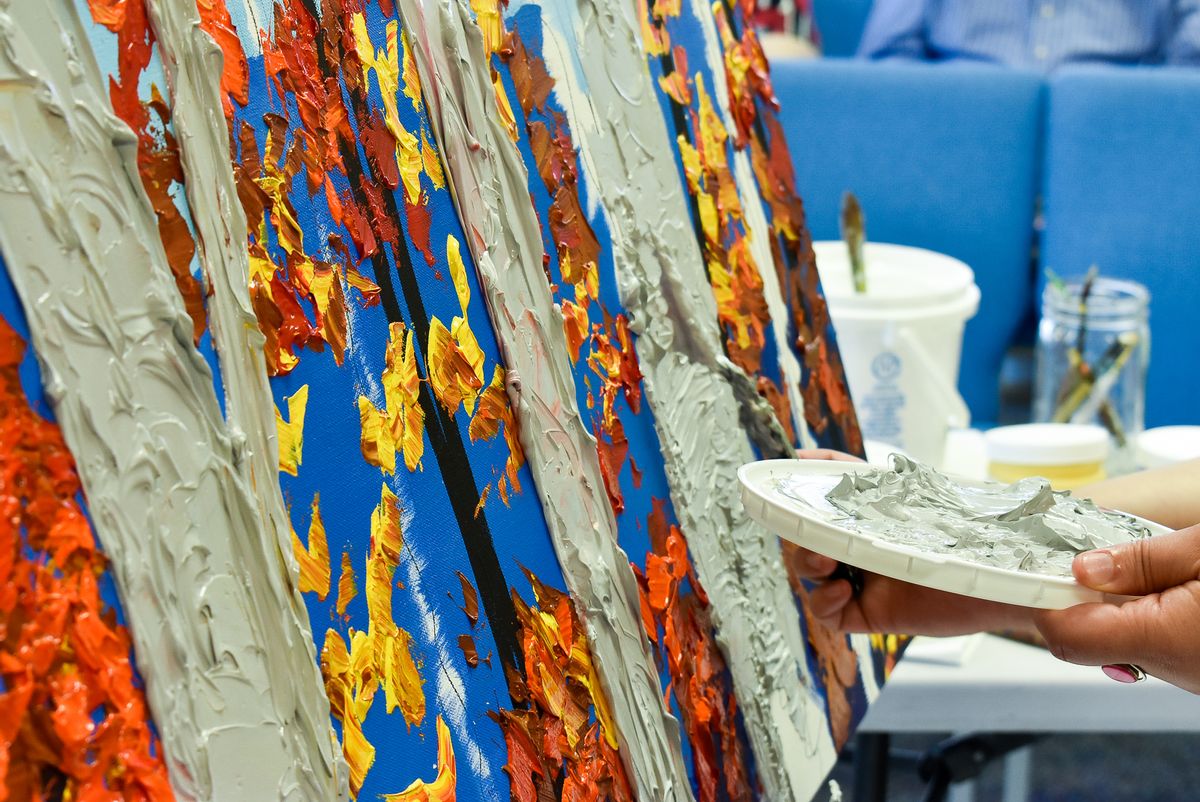 A small church in Anchorage, Alaska hopes to connect with the community at large by inviting artists to display their work in the church sanctuary.

Unity of Anchorage, a New Thought Christian ministry affiliated with Kansas City-based Unity, opened its doors last November and has slowly been building its community ever since.The church is run by Reverend Rachel Simpson, a young minister who moved to Alaska after applying for the position two years ago.

“I’m from the Seattle area and I missed the mountains so much because I was in Missouri, which is where [Unity’s] headquarters are,” Simpson said in a recent interview. “My top three choices were Alaska, Washington and Oregon. Anywhere with mountains was acceptable, but when this church came up on the list I was like, ‘Oh, yeah!’”

According to Simpson, it’s not uncommon for churches to seek out young ministers — only to be reluctant to listen to new ideas or make changes. But when she interviewed for the position at Unity of Anchorage, the board was receptive to new ideas.

For Simpson, art was an obvious step towards connecting with the community. While living in Kansas City, Missouri she helped hang art for multiple shows, many of which took place inside of churches. When she arrived in Anchorage to start her own ministry, Simpson immediately saw its potential as a First Friday venue.

“I think churches, in general, are often big wastes of space, and they don’t have to be,” Simpson said. “It just made sense to me. We got walls, and we don’t have anything in particular we want to put on the walls. I know some artists have art stowed away somewhere. And maybe they’d like to have it on a wall rather than stored. I want it to be a mutually beneficial situation. It’s a part of being a part of the community and not just being a place where people go on Sunday.”

Simpson admitted that art and religion have not always seen eye to eye, but also contended that not all art is right for any one venue. “There’s some art you wouldn’t put in an elementary school,” Simpson said, for example.

“I’ve been to a lot of First Fridays when I lived in Kansas, and I’ve see a lot of interesting things that were not my preference, but that doesn’t mean that they’re not art or good art.”

Unity of Anchorage has previously displayed work by three other artists, but until recently had been unable to schedule opening receptions. Their first reception, featuring the work of painter Teri Lindseth, took place on August 4.

Although most of the attendees were congregants of Unity or friends of the artist, Simpson was proud of the overall turnout. “We did have some First Friday people come through, but it takes a while for people to know you’re there,” she said.

Simpson is optimistic about the future of First Fridays at Unity of Anchorage. “Creativity is important, and people need to create,” she said. “To be a venue that supports that is really important.”

Lindseth’s opening reception was the first step in Simpson's long-term goal of utilizing space within the church for community activities. Although she one day hopes to expand the church beyond its current space, she is currently working with board members to create more activities aimed at community engagement.