It's called "Bodega," and it's basically a glorified vending machine for dorms, gyms and apartment lobbies 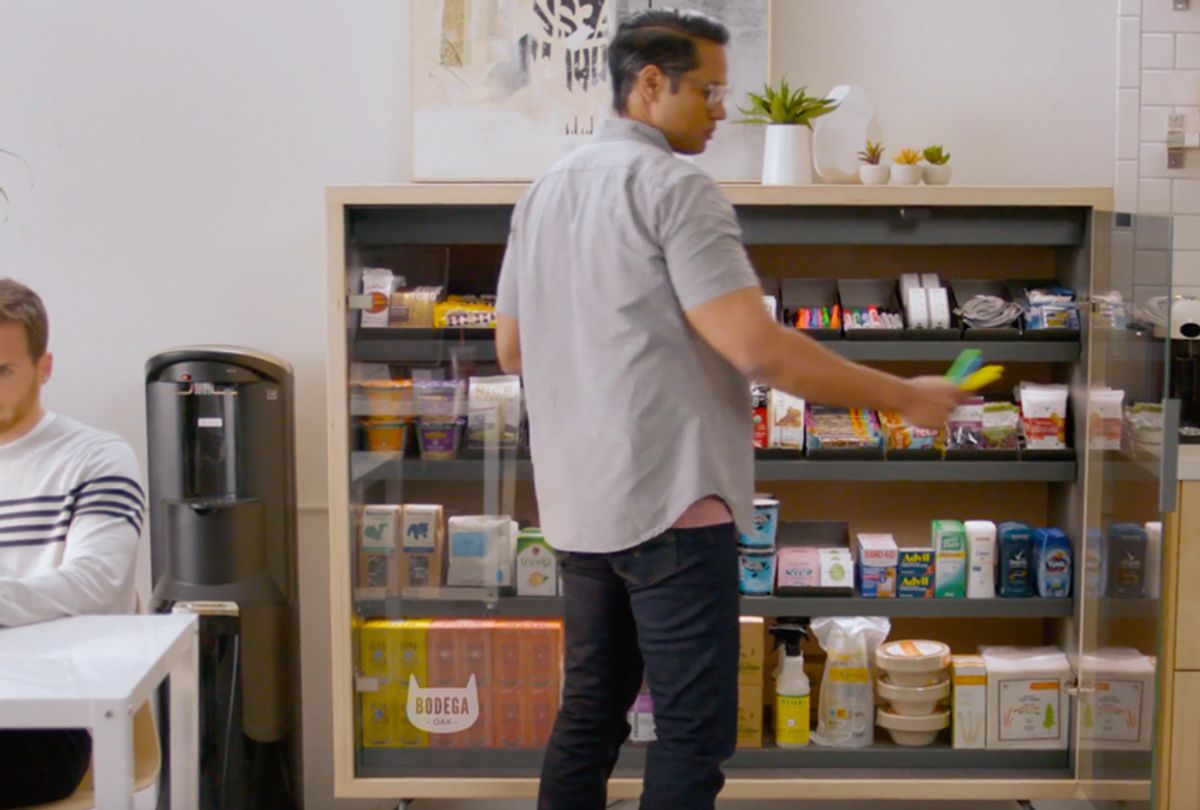 Two former Google employees are hoping to take over street corners, dorm rooms, gyms, or anywhere convenient in urban residential neighborhoods, with their reinvention of the vending machine.

Paul McDonald and Ashwath Rajan launched a new startup called "Bodega," with the goal of making convenient stores all but a thing of the past. "Bodega sets up five-foot-wide pantry boxes filled with non-perishable items you might pick up at a convenience store," Fast Company reported. "An app will allow you to unlock the box and cameras powered with computer vision will register what you’ve picked up, automatically charging your credit card."

Employees? They would become things of the past as well, because no one will work the bodegas, and all transactions will be electronic.

"The vision here is much bigger than the box itself," McDonald said, according to Fast Company. "Eventually, centralized shopping locations won’t be necessary, because there will be 100,000 Bodegas spread out, with one always 100 feet away from you."

With the backing of venture capitalists, the pair of former Google employees have tested their concept out in 30 locations in the Bay Area.

The idea is to preempt what people might need, then use machine learning to constantly reassess the 100 most-needed items in that community. In a sorority house, for instance, young women might regularly purchase pretzels, makeup remover, and tampons. Meanwhile, in an apartment block, residents might regularly buy toilet paper, pasta, and sugar. When an item is bought, Bodega gets a note to replace it, and regularly sends people out to restock the boxes.

On Wednesday, over 50 new locations along the West Coast were announced with a plan to have more than 1,000 by the end of 2018, Fast Company reported.

But the concept, as well as the title, has received backlash because it essentially threatens to put mom-and-pop stores, as well as actual bodegas, out of business.

"To me, it is offensive for people who are not Hispanic to use the name 'bodega' to make a quick buck," Frank Garcia, the chairman of the New York State Coalition of Hispanic Chamber of Commerce, who represents thousands of bodega owners, told Fast Company. "It’s disrespecting all the mom-and-pop bodega owners that started these businesses in the '60s and '70s."

Garcia would also look to pressure New York into making it more difficult for McDonald's and Rajan's project to be established. "I would ask my members not to allow these machines in any of their properties in New York State."

"And we would ask our Hispanic community not to use the service because they are not really bodegas. Real bodegas are all about human relationships within a community, having someone you know greet you and make the sandwich you like."

my bodega owners are yemeni immigrants and the bodega not only affords them a life in new york but also allows them to send money back home — Jessica Roy (@JessicaKRoy) September 13, 2017

"You can't just bundle cultural appropriation and gentrification and call that a company."
Startup bros: "Hold my microbrew." #bodega pic.twitter.com/Df8lJ0q1DG