Next up, the animals: GOP moves to strip protections from endangered species

With the trophy-hunting Trumps in power, the Endangered Species Act is under attack from anti-environmental zealots 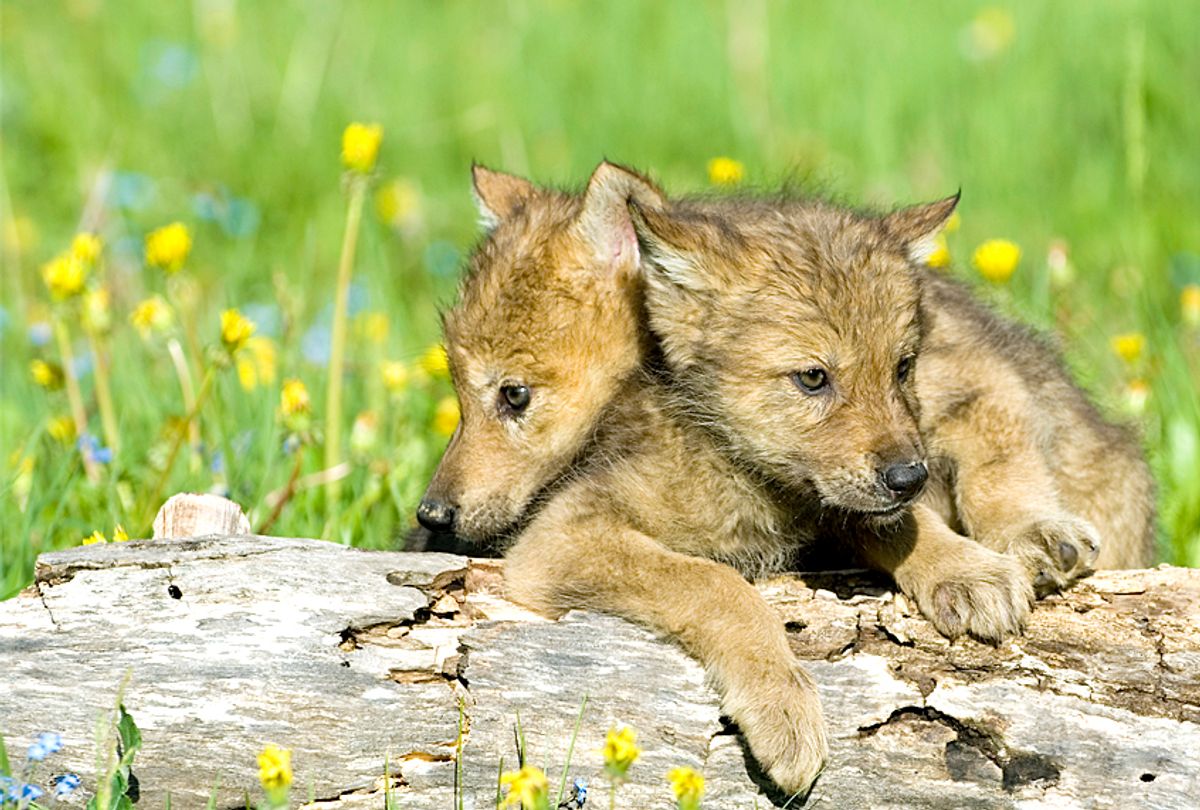 In the aftermath of Hurricane Irma, one of the more heartwarming tales of survival involved two adorable manatees that were stranded when the hurricane sucked the water out of Sarasota Bay, which were then saved by local residents. But having survived the hurricane, manatees — and every other species protected by the Endangered Species Act — now face a serious threat by congressional Republicans, who are hustling to use the Trump presidency as an opportunity to undermine the 43-year-old law.

This week, Republicans on the House Natural Resources Committee are moving to advance five bills that a coalition of environmental groups, including the Sierra Club and the Natural Resources Defense Council, say "threaten to undermine the Endangered Species Act and the species that benefit from its protections by prioritizing politics over science and undercutting citizens’ ability to help enforce the law."

All these bills "serve the same purpose of undermining the law, weakening the law [and] disadvantaging species conservation, all under the guise of ‘modernizing and collaborating,'" said Jamie Rappaport Clark, the CEO of Defenders of Wildlife. "But it will only make the challenge of recovering species on the brink of extinction infinitely more difficult.”

Republicans often frame these attacks on the Endangered Species Act as an effort to improve the law. But the chair of the Natural Resources Committee, Rep. Rob Bishop, R-Utah, let the truth slip out in a congressional hearing last December.

“I would be happy to invalidate the Endangered Species Act,” Bishop said.

Straight-up repeal of the Endangered Species Act would be massively unpopular. Polling shows robust support for protecting endangered species, with 90 percent of voters saying they approve of the Endangered Species Act and three-quarters saying that decisions about that protection should be made by scientists, not politicians. So instead of outright repeal, these bills chip away at the protections under the guise of "reform."

Right now, the determination of whether to list a species as endangered or not depends on the accumulation of scientific evidence. Two of these bills would bring an end to that process. One, HR 717, would give government agencies the authority to "preclude the listing of a species as threatened due to the likelihood of significant, cumulative economic effects that would result from such listing." The other, HR 1274, would replace the scientific process used to determine a species listing with "data submitted by a state, tribal, or county government."

Economic considerations and local stakeholder concerns are already considered by federal agencies when deciding how to enforce the Endangered Species Act, but these two bills could prevent species from being listed in the first place. Which is to say, Republicans want species to be considered less endangered if someone stands to make more money by pretending their activities don't threaten their extinction.

“Whether or not a species is on the brink of extinction is [a question] of science, not of economics," Rappaport Clark said, adding, “There’s not a scientist worth anything on this planet that would suggest you can legislate the best available science.”

Another bill, HR 3131, would make it harder for citizens who sue on behalf of endangered species to recoup their expenses. This has long been a hobby horse for anti-environmentalists, who balk at laws that allow citizen organizations to use the courts to hold the government accountable for enforcing its own laws. Trump's long-rumored pick to head the Bureau of Land Management, Wyoming attorney Karen Budd-Falen, has been a prominent voice in agitating for laws barring environmentalist groups from getting their legal fees reimbursed when they win lawsuits against the government.

"When Bill Clinton was president, we were sued quite a bit, but when we were right, we won. If you’re wrong, you lose," Rappaport Clark argued, saying that the right of groups to recoup legal fees is critical to protecting the "role of the public in holding our decision-makers accountable."

The other two bills demonstrate the eagerness of Republicans to punch holes in the Endangered Species Act. HR 2603 would bar the federal government from protecting endangered species that are not native to the United States, making it easy for animal traffickers to exploit endangered species without fear of government reprisal. HR 424 would remove protections for gray wolves in multiple states.

Republicans justify the latter bill by correctly noting that gray wolf populations have made a comeback, but environmentalists argue that's because of these protections — and that progress will likely be lost if the wolves lose their protections.

The process of "wolf recovery is far from over," the Center for Biological Diversity explains on its website. "Wolves need connected populations for genetic sustainability, and natural ecosystems need wolves to maintain a healthy balance of species — yet today wolves occupy less than 10 percent of their historic range and continue to face persecution."

Many hard-right Republicans have longed to undo the Endangered Species Act for decades, but with Trump in office, the concern that these kinds of bills will become law has only escalated. Trump is notoriously hostile to the very concept of environmental regulation, and his picks to head both the Interior Department and the Environmental Protection Agency are vigorously subverting decades of work protecting delicate ecosystems that many endangered species rely on to survive.

Trump's sons, Donald Jr. and Eric Trump, absolutely love killing animals, and have notoriously been photographed posing with the carcasses of an elephant and a leopard, among other animals. While their hunts were apparently legal, many of the targets are threatened species. There's good reason to believe the Trump family is eager to see protections for rare and endangered animals relaxed rather than tightened — even if those protections are the best way to make sure these irreplaceable species are around long after the Trump lads have hung up their hunting rifles.