According to a punny press release, Hatch's new bill would help encourage and expand research on medical marijuana 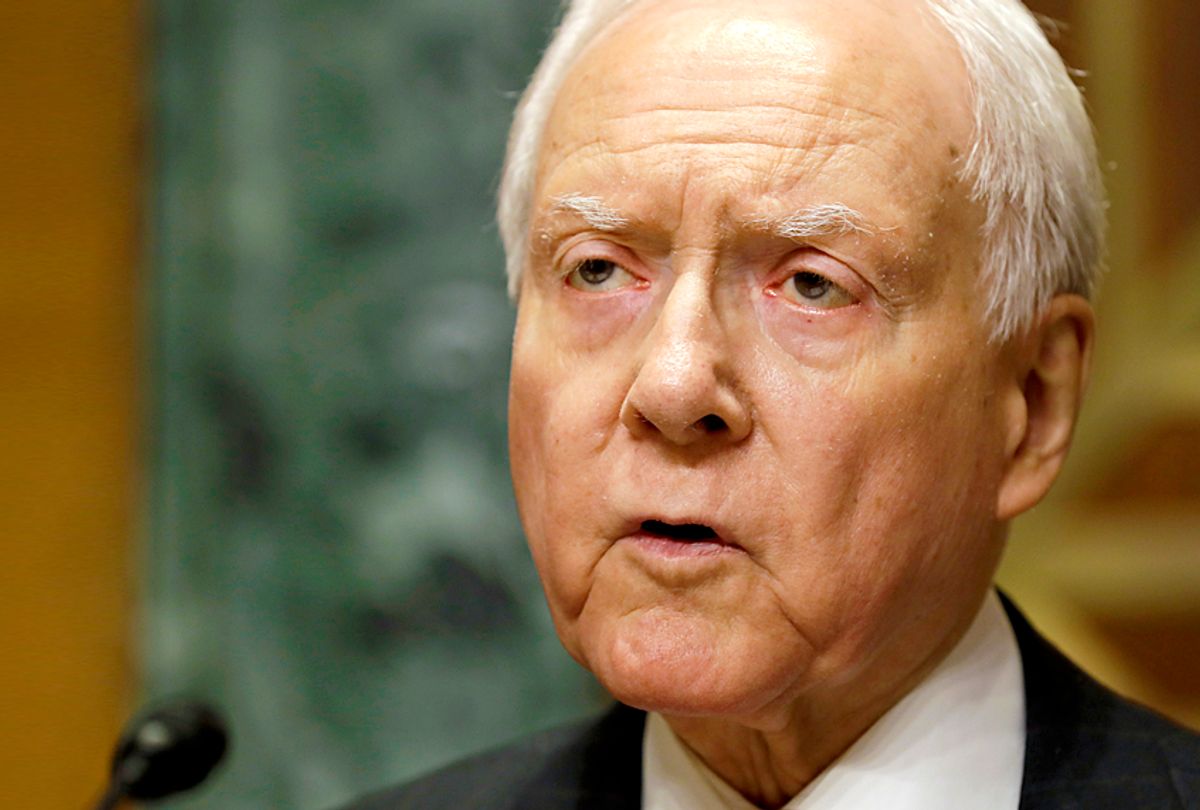 Sen. Orrin Hatch, R-Utah, re-introduced a medical marijuana research bill on Wednesday that would "improve the process for conducting scientific research on marijuana as a safe and effective medical treatment." The bill has bipartisan sponsors, and is similar to the legislation he introduced last year, the Washington Post reported.

In the process of announcing the bill, Hatch rattled off a ton of weed puns. "It’s high time to address research into medical marijuana," Hatch said, according to a press release. "Our country has experimented with a variety of state solutions without properly delving into the weeds on the effectiveness, safety, dosing, administration, and quality of medical marijuana. All the while, the federal government strains to enforce regulations that sometimes do more harm than good."

"To be blunt," he continued, "we need to remove the administrative barriers preventing legitimate research into medical marijuana, which is why I’ve decided to roll out the [Marijuana Effective Drug Study Act of 2017] MEDS Act.

Hatch said that he still doesn't condone the recreational use of the devil's lettuce, but intends for his bill to expand and encourage more research "on the potential medical uses of marijuana by streamlining the research registration process, without imposing a scheduling determination on the Drug Enforcement Agency (DEA)."

The DEA still has weed classified as a Schedule I narcotic, which puts it in the same category as heroin, LSD and ecstasy. According to the DEA, Schedule I drugs have "no currently accepted medical use and a high potential for abuse." Drugs such as cocaine, oxycontin, methamphetamine and fentanyl are listed as Schedule II narcotics, a slightly less severe classification.

While the move doesn't indicate support for recreational use of marijuana, it still contradicts the modus operandi of the Justice Department under President Donald Trump's administration. Attorney General Jeff Sessions has long opposed any form of the drug; recent reports have even indicated he may look to crackdown on states that have legalized marijuana.

"Congress has determined that marijuana is a dangerous drug and that the illegal distribution and sale of marijuana is a crime," Sessions wrote in a letter on July 24. "The [Justice] Department remains committed to enforcing the Controlled Substances Act in a manner that efficiently applies our resources to address the most significant threats to public health and safety."

What's interesting about the Justice Department's position is that Trump has made it clear that he wants to address the nation's opioid epidemic, and even declared a state of emergency last month. The opioid epidemic commission is headed by New Jersey's Republican Gov. Chris Christie, who has also long opposed marijuana. But studies have proven that increasing access to medical marijuana can instead help alleviate the opioid crisis.