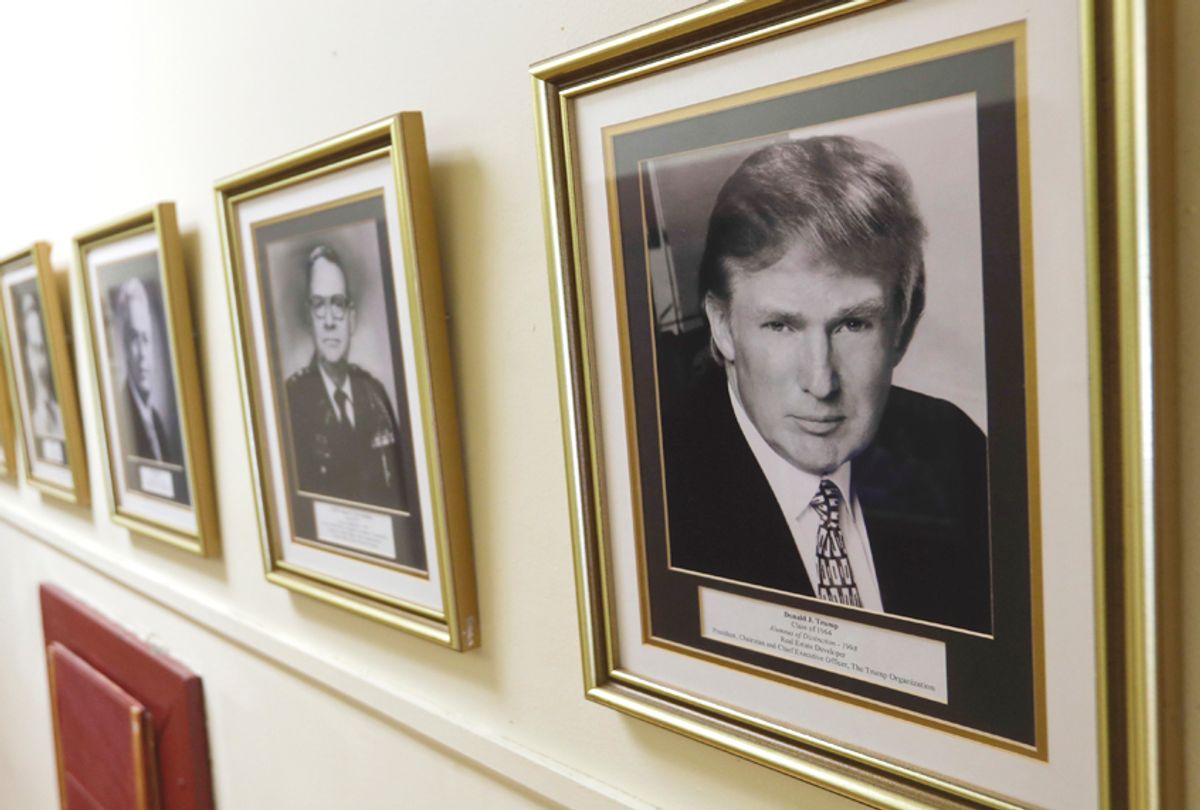 A portrait of Donald Trump hangs on the wall at the New York Military Academy, in Cornwall-on-Hudson, N.Y. (AP/Mike Groll)
--

President Donald Trump can't even get pictures of himself — or of Vice President Mike Pence — hung in the lobby of federal buildings.

The reality television star-turned president has, so far, left the halls of "thousands of federal courthouses, laboratories, military installations, ports of entry, office suites and hallways, and from U.S. embassies abroad," with nothing but empty hooks where his predecessor and other former Obama administration officials once hung, according to The Washington Post.

The hold up is due to the fact that official portraits have not yet been printed and distributed by the Government Publishing Office, because they haven't received any images from the White House. Federal buildings placed the order for the portraits months ago, still to no avail, the Post reported.

"GPO is standing by to reproduce copies of the president and the vice president’s photos for official use in federal facilities and will do so as soon as the official photo files are provided to us," Gary Somerset, a spokesperson for the agency told the Post via email. "I do not have a timeline on when GPO will receive those files from the White House."

Some agencies have downloaded and hung "a scowling — and some say unflattering — photo of Trump" from the White House website. Former President Barack Obama's portrait was hung after just three months in office, and President Bill Clinton's were hung by June.

"It’s a recognition that the president is the leader of the country but also the leader of the government," Max Stier, president and chief executive of the nonprofit Partnership for Public Service said of the historical importance of presidential portraits, according to the Post. "One aspect of that is to be physically manifested in the buildings."

Images of Trump's Cabinet secretaries are missing too, as they are contingent upon Trump's portrait being hung first.