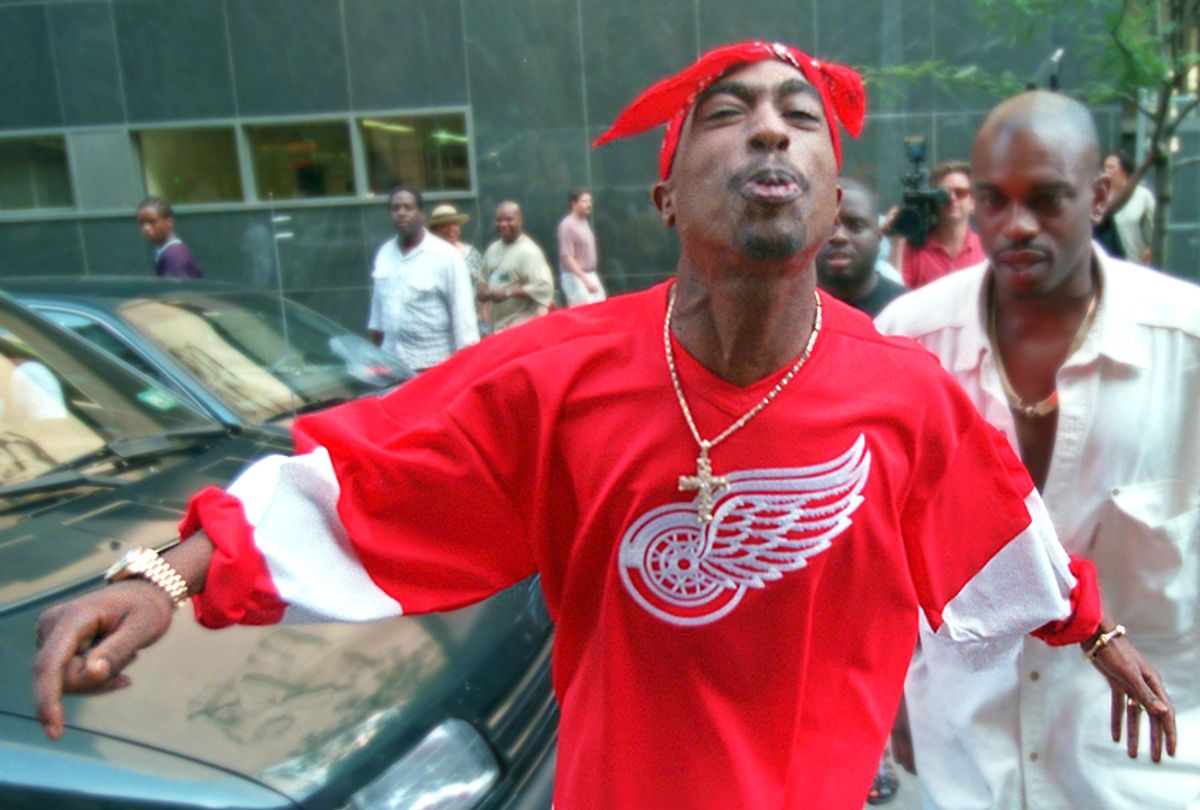 It's been 21 years since Tupac "2Pac" Shakur, the prolific rapper, movie star and activist, was gunned down for a second time after a boxing event in Las Vegas. He died six days later. At just 25, the world lost not only an iconic and widely influential artist, but a courageous voice for social justice as well.

2Pac was so visionary in the span of his short life, that his words still ring true long after his death. So candid, so forward-thinking was Shakur that when Kendrick Lamar used portions of a previously unheard 2Pac interview at the close of his 2015 album, "To Pimp A Butterfly," it was hard to believe the soundbites were over 20 years old.

Last year, as then presidential candidate Donald Trump campaigned for the highest office in this country, MTV News unearthed another unheard, yet pertinent, interview — this one from 1992 — in which Shakur called out Trump as a symbol of America's greedy, inhumane, capitalist culture.

25 years ago, the rapper said:

This world is such a, and when I say this world I mean it, I don’t mean it in an ideal sense, I mean in everyday, every little thing you do. It’s such a gimme, gimme, gimme! Everybody back off. You know, everybody’s taught that from school. Everywhere, big business, you want to be successful? You want to be like Trump? Gimme, gimme gimme. Push push push push! Step step step! Crush crush crush! That’s how it all is, it’s like nobody ever stops.

2Pac further reflected on America's systematically reinforced income inequality — one that is etched across racial and class lines. "There's too much money here," he said, "and we got people starving in the streets. That is not idealistic, that's just real, that is just stupid." He added, "Can you imagine somebody having $32 million dollars . . . and this person has nothing, and you can sleep? These are the type of people who get humanitarian awards: millionaires. How can they be humanitarians, by the fact that they're millionaires, and it's so many poor people shows how inhumane they are."

He also adds a challenge to the white 1-percent and Trump himself, one that sounds as if it were offered earlier today. "If this is truly a melting pot," 2Pac continues, "then we really need to be like that . . . if there's a white person who got money then he needs to help them, he needs to help black kids, Mexican kids, Korean kids."

See the whole interview below: