It's encouraging that Miss Texas spoke out against Trump's response to white supremacy. But why does it stand out? 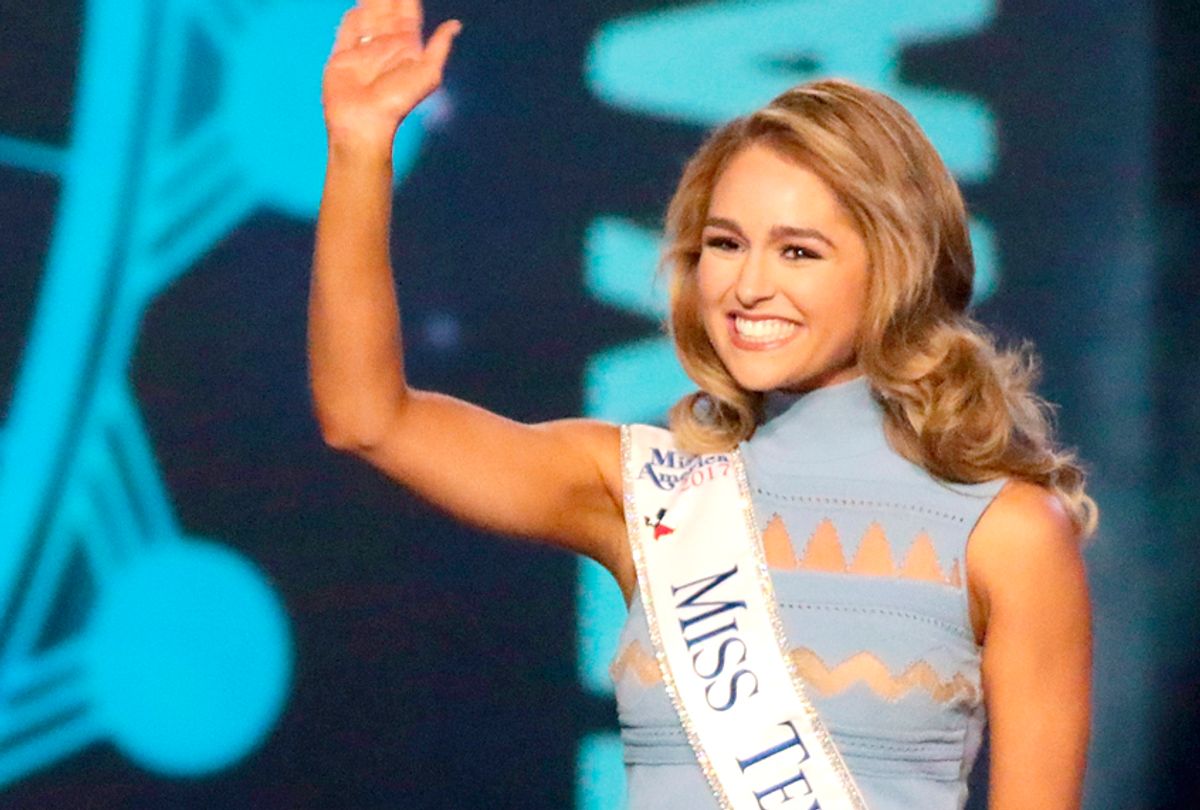 During the 2018 Miss America pageant, Margana Wood, competing as Miss Texas, provided another example of this phenomenon. When asked about Donald Trump's reaction to the white supremacist violence in Charlottesville, Wood replied:

I think that the white supremacist issue, it was very obvious that it was a terrorist attack. And I think that President Donald Trump should’ve made a statement earlier addressing the fact and in making sure all Americans feel safe in this country. That is the number one issue right now.

Her comments were widely praised by journalists, pundits and across social media such as Facebook and Twitter.

For me, this moment evokes Chris Rock's genius 1996 comedy special "Bring the Pain," during which he mocked people who want credit for things they should be doing anyway, such as taking care of their children.

That Wood's condemnation of white supremacists and neo-Nazis is considered brave or especially laudable is one more indicator of how low the standards for truth-telling and acts of resistance against racism have fallen in the age of Donald Trump.

In a healthy society, it should be a given that decent and normal human beings would publicly condemn white supremacists, neo-Nazis and their ilk. Alas, such basic standards of human decency have been upended by Donald Trump and the Republican Party's racial authoritarianism and growing influence over American life.

In fact, Margana Wood's comments provide an opportunity for one more "teachable moment" along the color line.

On Sunday, Wood provided an unintentional reminder of the complex ways that race and gender have long intersected in America. For example, the Miss America pageant -- like most such competitions -- are an example of the male gaze, a power relationship in which women's bodies are objectified and commodified for the pleasure of men. For most of their history, the Miss America and similar beauty pageants were also racially segregated. African-Americans, Asians, Latinos and Native Americans were usually not allowed to enter these competitions because the very concepts of "beauty" and "femininity" were understood as being exclusive to white women. These attitudes about beauty, whiteness, purity and femininity still dominate American and Western society today, if perhaps in subtler forms.

One should not overlook how "white" women from Eastern and Southern Europe -- as well as Jewish women -- were for most of American history viewed as not embodying "pure" notions of whiteness. It was not until after World War II that "ethnic" white women were viewed as being able to equal the beauty standards applied to "real" white women whose ancestry derived from Northern and Western Europe.

The effusive response to Margana Wood's comments condemning overt white supremacy also signal to the divide between public behavior and private thoughts in the post-civil rights era. Public and obvious displays of white racism are viewed as anachronistic and representative of an ugly bigotry that was supposedly vanquished from American society by the civil rights movement during the 1960s.

In reality, public opinion and other social science research has repeatedly shown that while some measures of "old-fashioned" racism have decreased over time, many of the most racist attitudes still remain. Because post-civil rights America has embraced a superficial "colorblind" ethos, overt white racism has moved to private spaces, online and to what is generally described as "the backstage." This is especially true for those whites who came of age after the civil rights movement and for so-called "millennials," specifically.

So it is not necessarily true that white Americans are any less racist against nonwhites but rather that those attitudes have been muted and -- at least before Donald Trump's ascension -- transformed into "dog whistles" and other types of more symbolic or more subtle actions and beliefs.

White privilege consists of the unearned advantages, opportunities and resources that white people receive in American society because of the color of their skin. It also manifests in "the soft bigotry of low expectations," where a well-intentioned white person like Margana Wood is praised for speaking out against white supremacy while black and brown folks who do the same -- see the case of sports journalist Jemele Hill -- are punished and marginalized.

How then should white people resist racism?

Words are insufficient. They must be followed by action.

Words are a beginning. But in most circumstances they are not an end on to themselves.

Corporeal politics -- joining progressive associations and activist groups, working in your community to create positive change, making personal sacrifices and being willing to confront power by putting one's body in harm's way -- is a necessity.

American history offers many role models for white people who want to fight racism. John Brown is an American icon. White abolitionists were crucial in helping to end the American slaveocracy. White Freedom Riders helped to defeat Jim and Jane Crow and bring down de jure white supremacy across the South. White heroes in Portland and Charlottesville have died fighting the white supremacists and neo-Nazis who support Donald Trump.

Of course, white folks do not have to be martyrs in order to effectively resist racism. Daily acts of resistance can help create a quiet revolution along the color line. One must not overlook the power of such acts to change the world.

Ultimately, those white folks who desire to be sincere and active anti-racists must do more than mouth obvious truths against easy targets if they are to be on the right side of history in this crucial moment.

Talking is easy. Taking action is much more difficult.

Margana Wood's words were a beginning and not an ending. Those necessary next steps go beyond superficial discussion or condemnation of white supremacists, neo-Nazis, the Ku Klux Klan and the assorted human deplorables of the "alt-right." They involve remaking the social and political institutions that maintain white privilege and white supremacy in America, with the goal of creating a more just and democratic society.