Hillary Clinton compared herself to Cersei Lannister, which her critics should love 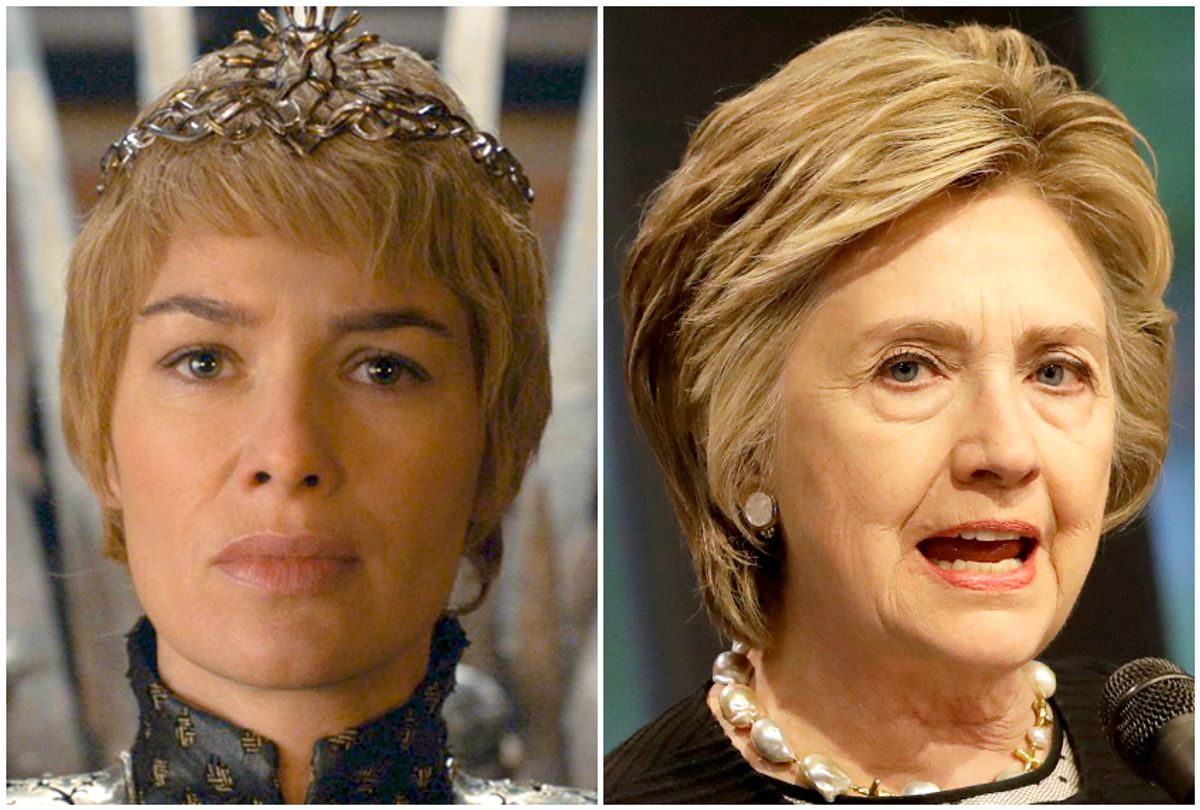 In her new book, "What Happened" the former Democratic presidential nominee Hillary Clinton compared herself to Cersei Lannister, a character on HBO's tentpole fantasy series "Game of Thrones."

A section of the memoir focused on Trump's campaign rallies, and the infamously malicious chants that often ensued against her. In this, the former secretary of state related to Lannister, who underwent a humiliating walk of atonement after she admitted to committing adultery. Stripped naked, Lannister walked across King's Landing while the public watched, threw detritus and taunted her.

"Crowds at Trump rallies called for my imprisonment more times than I can count," Clinton wrote, according to Variety. "They shouted, 'Guilty! Guilty!' like the religious zealots in 'Game of Thrones' chanting 'Shame! Shame!' while Cersei Lannister walked back to the Red Keep."

It's an interesting comparison, one any Trumpian Clinton critic with a knowledge of the show might have already leveled against her.

For those who are unfamiliar, Lannister (played by Lena Headey) is perhaps one of the most Machiavellian fictional characters in recent television history. Morality, sympathy or even the bonds of family rarely stop her in her monomaniacal pursuit of power. Those who dare to openly dissent her rule meet tortured ends. These are exactly the sort of things people who believe in the Seth Rich or Pizzagate conspiracies already say about Clinton.

This unfortunate use of a television figure is not out of character for the former candidate. Clinton has tried, and failed, on numerous occasions to make pop-culture references — bids for relatability that serve to make her look more like an awkward, bloodless, elitist technocrat rather than less of one.

The former nominee announced recently that she was finished with being a candidate, but will likely still play a role from the distance.