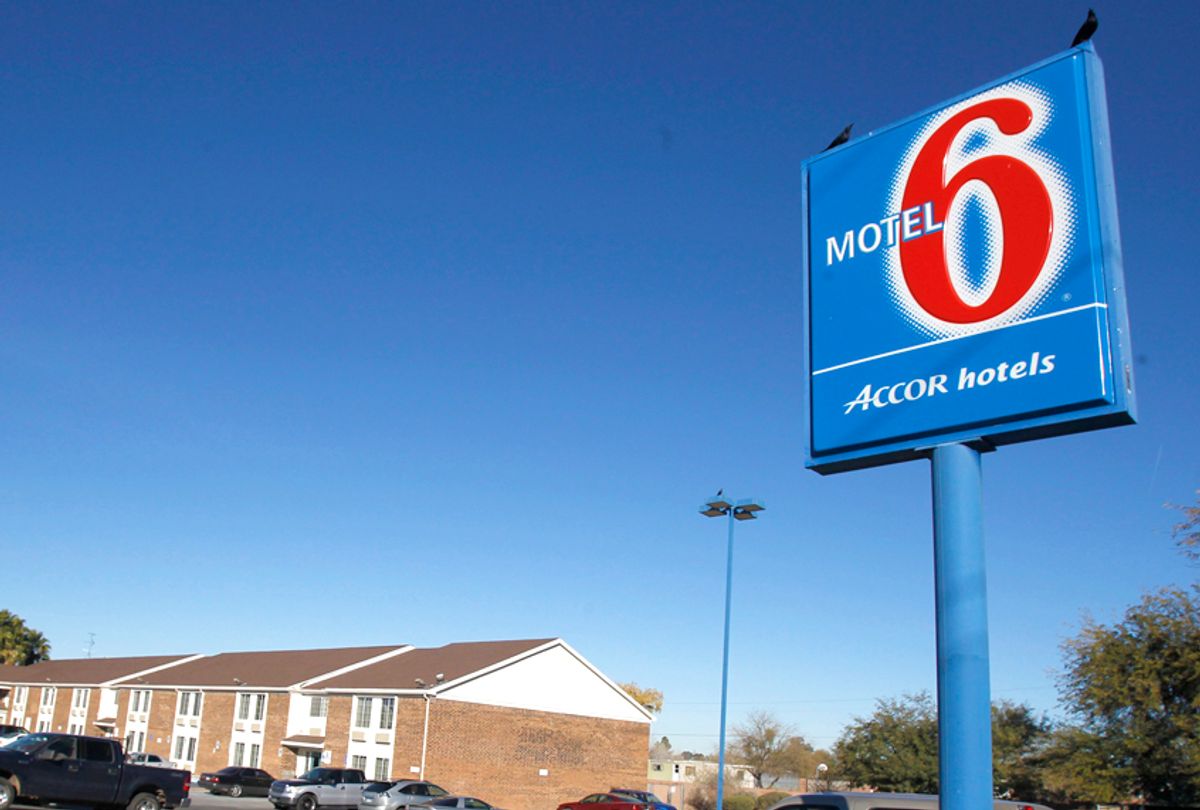 How considerate of them.

Hours after the Phoenix New Times published a report revealing that at least two Motel 6 locations in Arizona sent guest information to Immigration and Customs Enforcement as part of its morning routine, the company announced it would no longer continue the practice.

Employees of the discount hotel chain have gotten at least 20 undocumented immigrants arrested while they stayed at two motel locations in the Phoenix area. "Since many of the documents we reviewed contained only vague details about where ICE encountered an individual, the actual number is likely even higher," the New Times reported.

In what's called a "knock and talk," ICE agents would show up at the rooms of certain guests, without a search warrant, knock on their door and ask to speak with the guest, the New Times reported.

"We send a report every morning to ICE — all the names of everybody that comes in," a front-desk clerk told the New Times. "Every morning at about 5 o’clock, we do the audit and we push a button and it sends it to ICE."

In the company's announcement, they levied the blame on the local sites and insisted it was a practice that corporate management had known nothing about. "This was implemented at the local level without the knowledge of senior management," the Motel 6 statement said. "When we became aware of it last week, it was discontinued."