This is the story of the Fyre Festival of Classical Music; enjoy 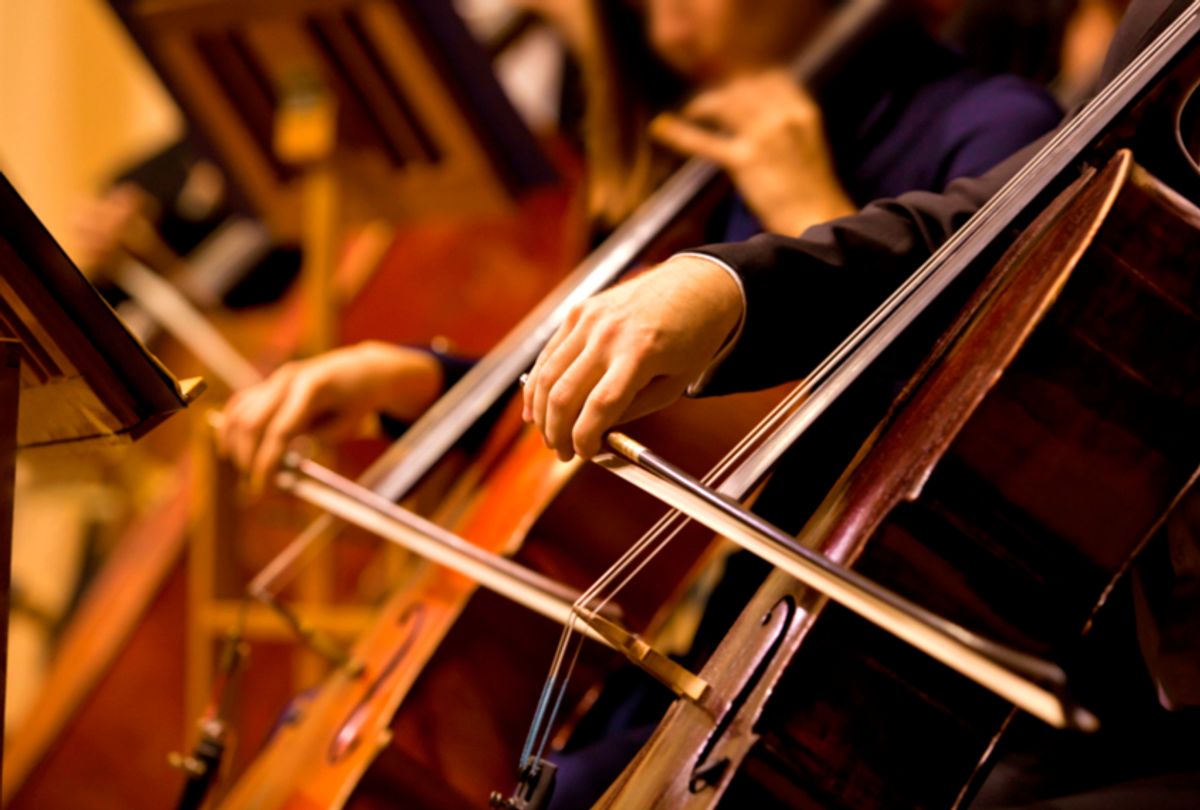 The Newport Contemporary Music Series was supposed to be a contemporary music festival unlike any other. It promised to feature a stacked lineup which included "Philip Glass, four-time Academy Award winner André Previn, and 'Lord of the Rings' composer Howard Shore." Ambitious. Intriguing.

Now, all those plans and promises lay broken on the ground in deliciously odd pieces after the series' 25-year-old lead organizer and aspiring conductor drove it full-speed, full-force into a brick wall. If you enjoyed the tale of the abysmal Fyre Festival, gather 'round.

According to a downright edible article in the Boston Globe, Paul Van Anglen was the young self-starter responsible for Newport and had only managed to present three other concerts before he set his eyes on the big tuna of music festivals. Over 100 professional were hired to "form the Newport Contemporary Arts Orchestra, which over six weeks starting in July was to perform challenging works by some of the titans of contemporary music, including a Previn piece commissioned specially for the occasion," the Boston Globe reported.

It was a tall ask and — you knew it — things never really ended up coming together.

"This is probably the greatest amateur act the union has ever seen," John "Bebo" Shiu, a director on the board of the Boston Musicians Association, told the Globe.

The Globe reports that Van Anglen negotiated a $75,000 deal to bring in Philip Glass — perhaps our most celebrated living composer — with the Newport Contemporary Arts Inc., the group that was presenting the festival.

"The Glass engagement was meant to be a weekend celebration of the composer’s 80th birthday featuring performances and talks with Glass and the Philip Glass Ensemble," the Globe reported.

But after Van Anglen missed payments and failed to secure a large concert venue, the show picked up stakes and settled on a new home: A high-school auditorium. That was just the start of the problems.

"I don’t usually have the Philip Glass Ensemble performing in a high school auditorium, so I was concerned," Linda Brumbach, founder of the production company staging the Glass concerts, told the Globe. Eventually, Van Anglen had stopped communicating with Brumbach "altogether," she said. Brumbach also said she personally lost $15,000 to compensate her team. "It was a huge loss," she told the Globe.

Things proceeded toward disaster during rehearsal. For starters, Van Anglen, who would be conducting, didn't even introduce himself to the orchestra. His musical talents seemed to match his personal skills. "He couldn’t count to four sometimes," Kate Foss, a bass player from Quincy, told the Globe. "It was the most inept conducting I’ve probably ever seen, and that’s counting grad students."

She added that the entire thing was a failure of "epic proportions that will go down in the Boston freelancing lore of nonpaying gigs," according to the Globe.

After making it through the first show on July 1, a key donor, which Van Anglen failed to identify, didn't come through with the money that was supposedly promised.

"After the concert I said [to Van Anglen], you’ve got to give me a check," concertmaster Harris Shilakowsky, told the Globe. "He said he didn’t have his checkbook." The following morning Van Anglen wrote Shilakowsky a check for $47,000 in order to pay the musicians, but the check didn't clear and was either bounced, or canceled.

Financial problems persisted through future shows, with some musicians walking out. Shilakowsky and Van Anglen got into a screaming match during rehearsal, and at one point both were yelling and crying. Van Anglen assured Shilakowsky and the musicians that they would be paid, and then didn't show up to rehearsal the next morning.

As the Globe reports, the end came via a text that Shilakowsky read aloud to the orchestra: "Let the musicians go: I don’t have the money to pay them if we proceed." As one performer recalled, "We’re all just like: Are you kidding me?"

Now, no one was stranded on a desolate, trash strewn beach with only their festival flower crowns to keep them warm, that is true. But in the more genteel world of classical music, this is just as bad as when JaRule and Billy McFarland left hundreds on the shores of Great Exuma to fend for themselves.

As the Globe reports, however, there is an upside: "Van Anglen, a Portsmouth native who now lives at his mother’s Rhode Island home . . . offers his services online as a composer for hire." Click here to get your own piece of the action.