Pamela Adlon on the insistent satisfaction of "Better Things" 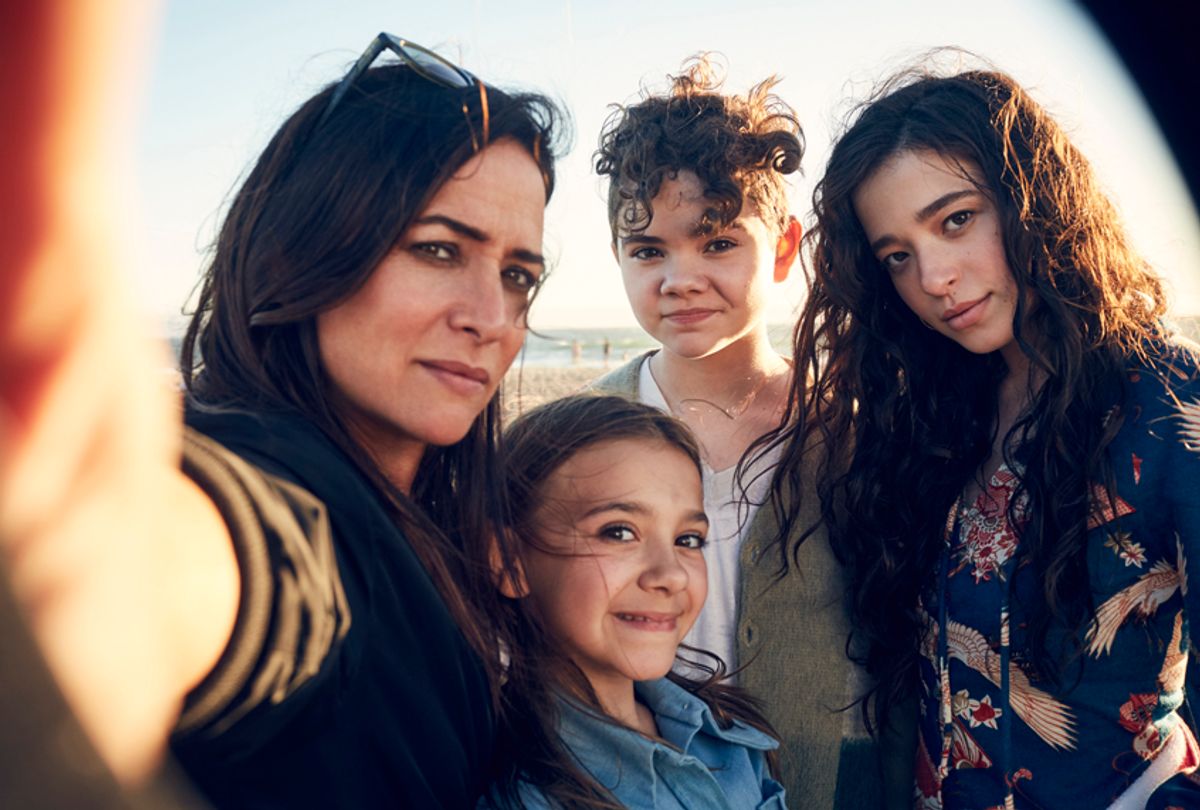 Pamela Adlon’s Sam Fox has an intriguing relationship with sex. She wants it and enjoys it, but on her terms and her schedule. If she’s going to engage in the messiness of sleeping with someone, it had better be worth it.

During the second season of FX’s “Better Things,” we never actually witness Sam enjoying sex. She does seek it out, but the assignation happens offscreen. In its place is a much more revealing version of release that makes her double over, huffing and puffing in what appears to be ecstatic bliss. It’s called brash honesty, and we see her take joy in it every time she shoots down a man who wants to be rewarded for his own mediocrity.

She emasculates such a suitor crumb by crumb, starting at the beginning of their evening together when she admits she only has sex with him to “get it out of the way.” At the end of the night, she lights into him so enthusiastically that it makes onlookers applaud. “I’ve hated you since the first minute of our first date. And I’ve been dating you for three weeks. That is how nice I am!”

Another leads to her pounding the ceiling of the vehicle she sits in, accompanied by full-throated howls of “Woo!” and, “Yes!” Each culminates with Sam calling out these misguided Lotharios in lengthy, ruthless monologues that end with summaries as simple as, “You are a bummer. BOO on YOU,” followed by semi-orgasmic heaving breathing.

“Better Things,” returning Thursday at 10 p.m., isn’t expressly about Sam’s love life or Sam’s challenges raising her daughters, caring for her mother, leaning on friends or dealing with her unreliable ex-husband. The new season grants a glimpse of each of these scenes from Sam’s existence in no particular order and in a way that continues to reveal new possibilities for what can be achieved within 30 minutes of storytelling.

It’s in the title: “Better Things.” This is what Sam expects out of the smallest interactions, because those blend together to become her life. If there’s a guiding philosophy to the show’s second season, it’s that everyone should be just as discerning about everything. Simply being nice doesn’t cut it, and Sam refuses to settle for “sensitive” or “decent.”

She adores her friends but has no problem turning tail and walking out on them if she senses she’ll have to make an extra effort to appease the people around them. Sam fiercely loves her kids but walks away from their demands when she needs to.

Adlon and Louis C.K. wrote or co-wrote every episode of the second season of “Better Things,” continuing a collaboration that began on C.K.’s series “Louie.” And no, we don’t have a clue as to when or if that show will be back. But we have this one, and frankly, “Better Things” is amply satisfying.  The loose cinéma vérité style “Better Things” shares with “Louie” inevitably results in comparisons between the two series, but Adlon’s sculpting of the latest batch of half-hours allows the story to confidently relax into its own identity, revealing it to be a solid extension of its creator. And Adlon knows it.

“I'm so in love with what I have and all the pieces that we're putting together,” Adlon told Salon in an interview conducted recently in Los Angeles. “ . . . It was really hard. And it just feels so f--king good. It feels really good.”

The sophomore run of “Better Things” builds upon the first season’s feelings-driven narrative style by giving the characters weightier scenarios while still enabling them to confront them with a sense of warmth and lightness.

Sam and her daughters Max (Mikey Madison), Frankie (Hannah Alligood) and Duke (Olivia Edward) and her fussy mother Phil (Celia Imrie) are constantly contending with obstacles and conflict, sometimes of their own making, sometimes visited upon them by fate. All of the kids are cruel and selfish to their mother and to their peers at some point, and Sam remorselessly tosses their selfishness back at them.

“Better Things” never does this to make a specific point in an episode, beyond demonstrating that everybody gets to be imperfect and confused, even adults. And each episode tenderly emphasizes the important of self-protection and love serving as guideposts in life’s wilderness.

Everyone needs sustenance, especially underappreciated mothers, as the upcoming episode “Eulogy” demonstrates. In it, Sam asks the questions so many others may never say aloud: Why doesn’t anyone appreciate me? What do you love about me? Do you understand my sacrifice? Sam is right to demand answers to these queries, because she does run herself ragged. But she also asks a great deal of her family and her closest friends, including Rich (sensitively rendered by Diedrich Bader), Tressa (Rebecca Metz) and Sunny (Alysia Reiner).

On the opposite end of the spectrum, Sam has fortified herself to such a degree that she finds it difficult to let others in, something Adlon and C.K. explore this season in a storyline surrounding a potential love interest named Robin (Henry Thomas, turning in an illuminating and vulnerable performance).

“Every time in your life, in my life, raising my daughters, critical things happen,” Adlon told Salon. “One day could end. Or I’m like, ‘That's it, my child is never going to be happy again.’ It can be anything. And it's awful, and then your life goes on.”

Adlon went on to explain that her trust in the audience’s familiarity with the show’s masterful tight-but-loose story style inspired the second season’s boost of momentum. “The log line or the motto of my show is, life is what happens to you when you're too busy to make any other plans. And this is just more of it. You're just on this roller coaster. You walk in and the dog's dead and then this, and you've got to get moving forward. Momentum.”

And in this new season, the concept of time’s passage has new weight and implications, which the first episode reveals immediately. “Your life goes faster, it just goes faster,” she said. “There’s a quote in an upcoming episode, where Rich says to [Sam], ‘Didn't it all go by really fast?’ And I say, ‘No. It went by really slow.’”

With regard to “Better Things,” that’s a pleasure and a relief for the viewer. Maybe not to Adlon, since the show can be painfully semi-autobiographic at times, as she explores Sam’s unvarnished frustrations and doubts.

“I can't hide,” she admitted. “You know what I mean? I'm just putting it out there, but also I'm putting out very intimate raw stories and feelings. I like that. I like arguing for that and fighting for that.”

She simply doesn’t have the time or the patience to be anything less than satisfied.