A March Madness bracket. The President demanding a private citizen be fired. One of these is not like the other 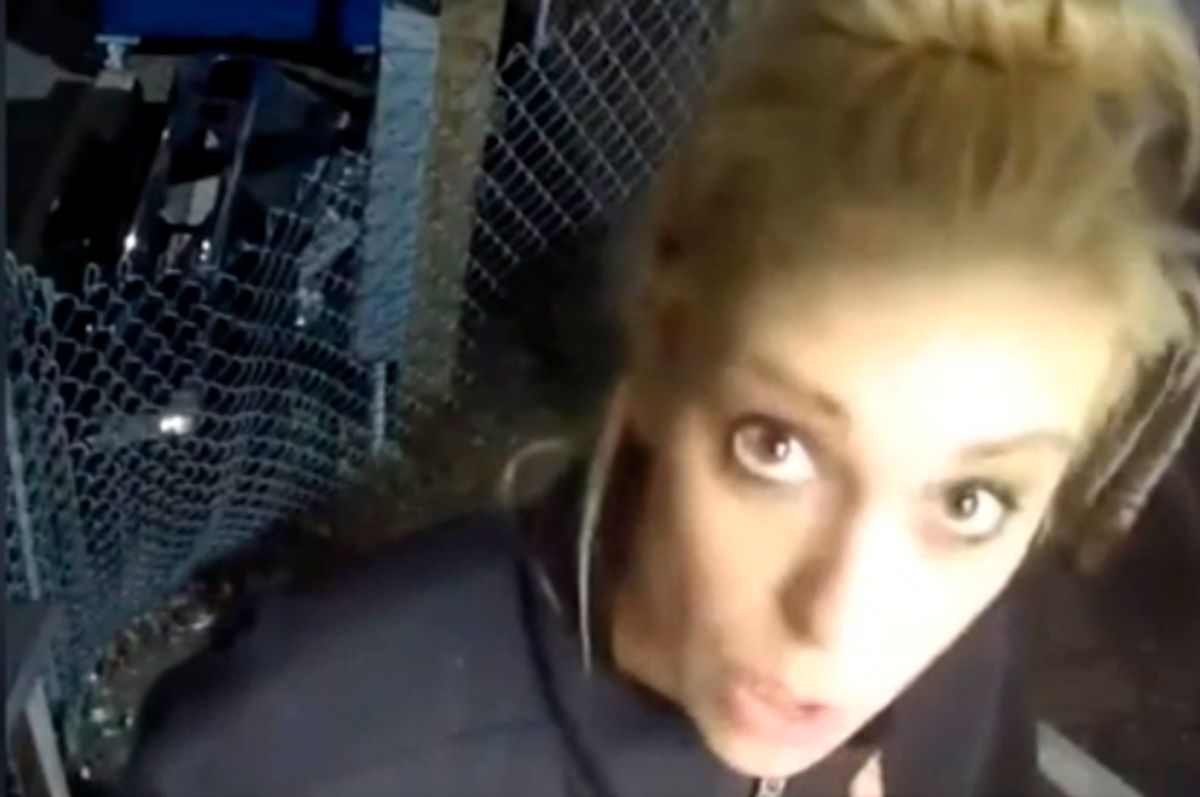 One of these things is not like the other: Filling out a March Madness bracket, and egging on the firing of a non-government employee. But former ESPN reporter and conservative talking head Britt McHenry doesn't see the difference.

Here's the backstory: A couple days ago, ESPN commentator Jemele Hill tweeted that President Trump was a "white supremacist." Fair enough; many agree that the president's actions have ennobled white supremacists.

In any case, Hill immediately received backlash for her comments. In particular, many on the right demanded the network reprimand their employee. ESPN then distanced themselves from Hill's words. Hill then apologized for getting ESPN dragged into the mix because of her own personal views.

When White House press secretary Sarah Huckabee Sanders was asked about the ordeal, she said that Hill's tweets were a "fireable offense." (In case you weren't aware, the White House has no power to fire an employee of ESPN.)

Many criticized the Trump administration for Huckabee Sanders' words, both as an affront of freedom of expression and for their potential to influence the firing of a private citizen. President Trump himself joined in on the action, demanding in a tweet on Friday morning that ESPN apologize for their "untruth."

That's when Britt McHenry stepped in with this false comparison to Obama: "For critics of @realDonaldTrump who say it's not "presidential" for a POTUS to mention sports or a sports network, remember..." McHenry tweeted, along with a picture of then-President Obama filling out his annual March Madness bracket for college basketball.

For critics of @realDonaldTrump who say it's not "presidential" for a POTUS to mention sports or a sports network, remember... pic.twitter.com/FXU4Kt23Dt

Jake Sherman, a senior writer for Politico, tried to clarify to McHenry: "The argument people some are making is it is inappropriate for the president to call for a sports channel to fire someone," he wrote. But McHenry promptly doubled-down. "Sarah Sanders called it a "fireable offense," IHO, when asked about it. He tweeted he wanted an apology. That's not demanding someone fired," she tweeted back.

Sarah Sanders called it a "fireable offense," IHO, when asked about it. He tweeted he wanted an apology. That's not demanding someone fired. — Britt McHenry (@BrittMcHenry) September 15, 2017

Her take was not appreciated by the masses.

can you even imagine *thinking* this is a logical analogy, then typing it out, then looking for grammatical errors, and then hitting send?? pic.twitter.com/T5reyBzJI0

But McHenry didn't even get Trump's statement right. Trump publicly announced on Twitter that ESPN should apologize for their "untruth" and also said people were "dumping" the network in "RECORD" numbers. How does this equate to Obama filling out a bracket for college basketball games? Obama's press secretary also never determined the words of a private citizen to be considered a "fireable offense."

McHenry was let go from the network in the spring when the company laid off about 100 employees. Previous, she was suspended for a week in 2015 after being caught on video insulting and mocking the appearance of a tow lot employee.

"Maybe if I was missing some teeth they would hire me, huh?" McHenry said. "Lose some weight, baby girl," she added, while she made it known that she was a television reporter.

McHenry later apologized for her actions, and the tow company, Advanced Towing, not only accepted her apology, but defended her — and unlike the president of the United States, never called for her to be fired.