Sorry, but one of those Hurricane Irma "Hot Cops" is accused of being racist 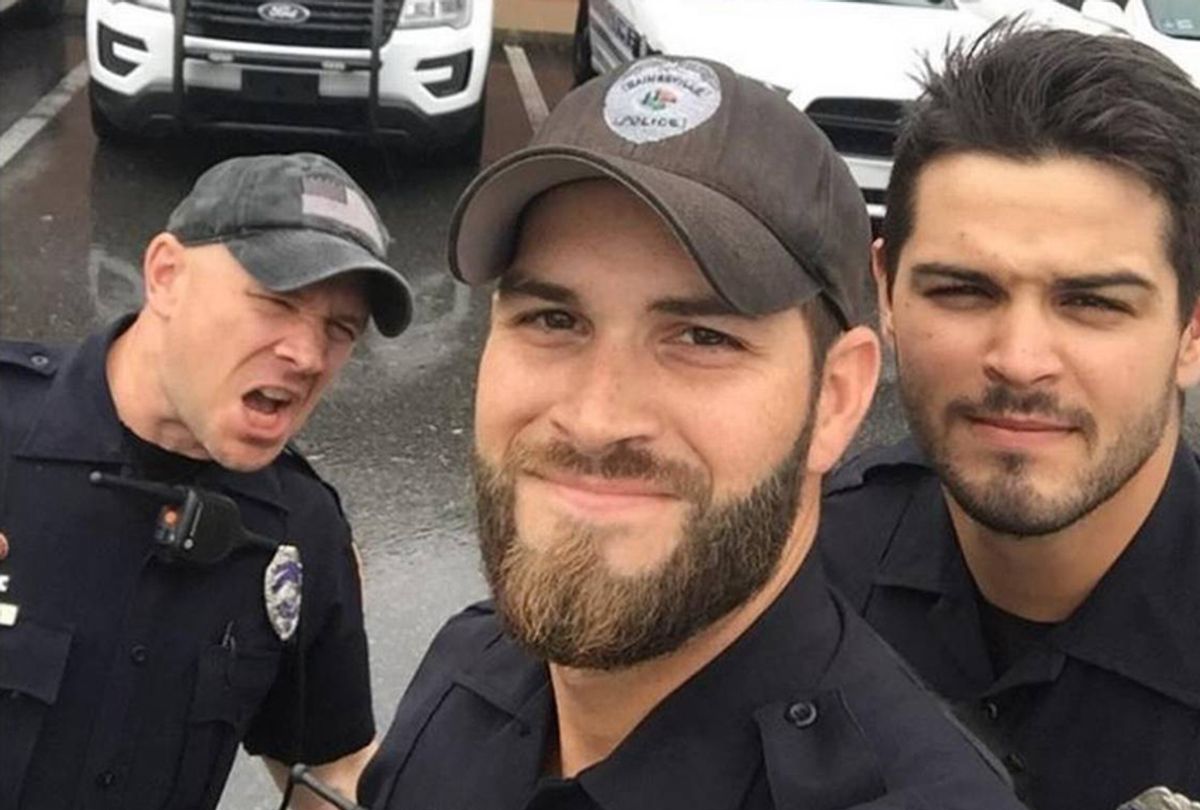 The Gainesville Police Department said they were investigating one of the three "hot cops" — the one with the lush beard — who became known and loved after a selfie of them assisting in the aftermath of Hurricane Irma went viral. The officer in question allegedly posted anti-semitic posts to his Facebook, the Gainesville Sun reports.

A spokesman from the Gainesville Police Department published a statement on the department's Facebook and said they were "reviewing the allegation" and further information about the complaint would remain confidential until the investigation closed. "The Gainesville Police Department prides itself with our philosophy and mission of compassion, inclusion, and respect and will fully review the matter," the statement said.

Two screenshots were sent to the Sun from officer Michael Hamill's Facebook. One from 2013 where Hamill writes: "Who knew that reading jewish jokes before I go to bed would not only make me feel better about myself but also help me to sleep better as well. Here is one for everybody, 'What’s the difference between boy scouts and jews?' Anybody know? Well it is because 'Boy scouts come back from their camps.'"

The other screenshot came from 2011, in which Hamill said: "so I find it funny that people will talk about how our government needs to do something about our economy and in reality it’s YOU who needs to stop taking advantage of our system and get a life and do something with your life. Gotta love reality when it hits you in the face. Stupid people annoy me. Put them in an oven and deal with them the Hitler way. Haha."

Funny how you can take a pic of 3 random cops & just happen to find at least one Nazi. https://t.co/UXTw3v0JsO #ACAB pic.twitter.com/L7cDSslQdQ