In the meeting of two late-night minds, one topic stood out 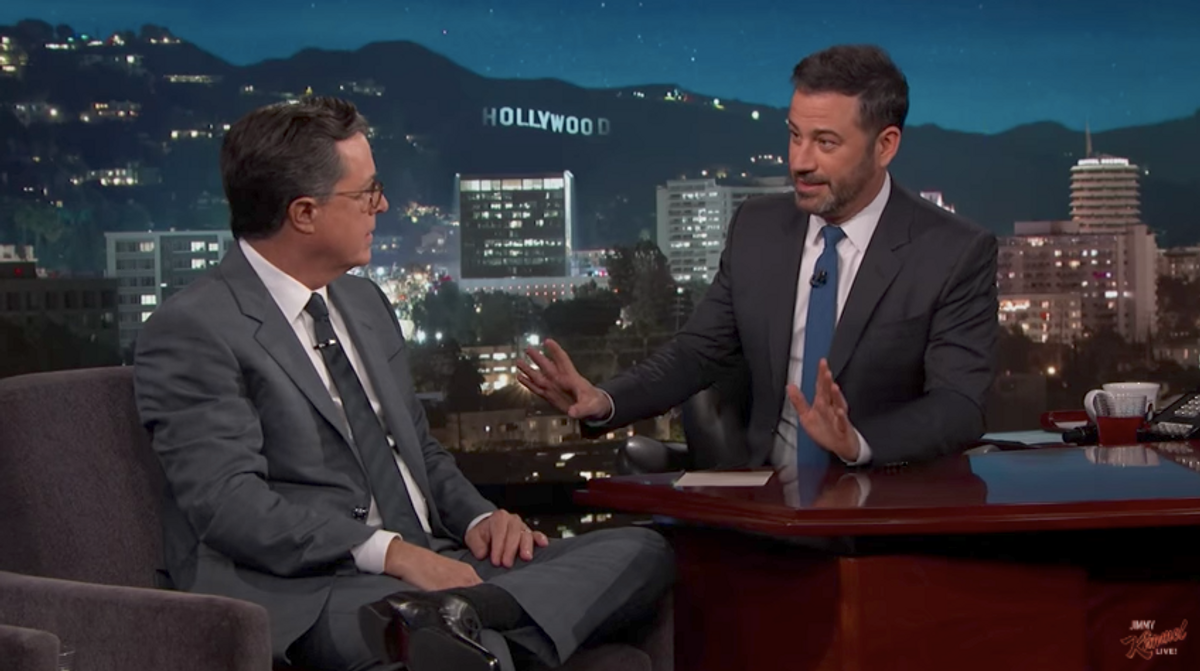 While preparing for Sunday night's Emmy Awards in Los Angeles, Stephen Colbert paid a visit to his competition and sat down with Jimmy Kimmel.

"How exciting for America to see two talk show titans side by side?" Kimmel asked Colbert.

"You rarely see two middle-aged men talking on television anymore," Colbert replied, who then thanked Kimmel for having him on.

The two also discussed Colbert's late-night predecessor, David Letterman, and Kimmel was curious if the legendary late-night host had ever given him a tour of the Ed Sullivan Theater before he took over the show.

Colbert said he met with Letterman in his office and asked him the important questions such as, "where do you hide from your producers?"

"And he showed me a good place," he added. "Because you need to be able to get away from your producers because they want you to work, and sometimes, you don't want to work."

Watch more on their exchange about Letterman below.