Trump's DACA deal has angered some supporters, but unlikely to harm him with GOP

While anti-immigration Republicans are a minority, they might still get their way 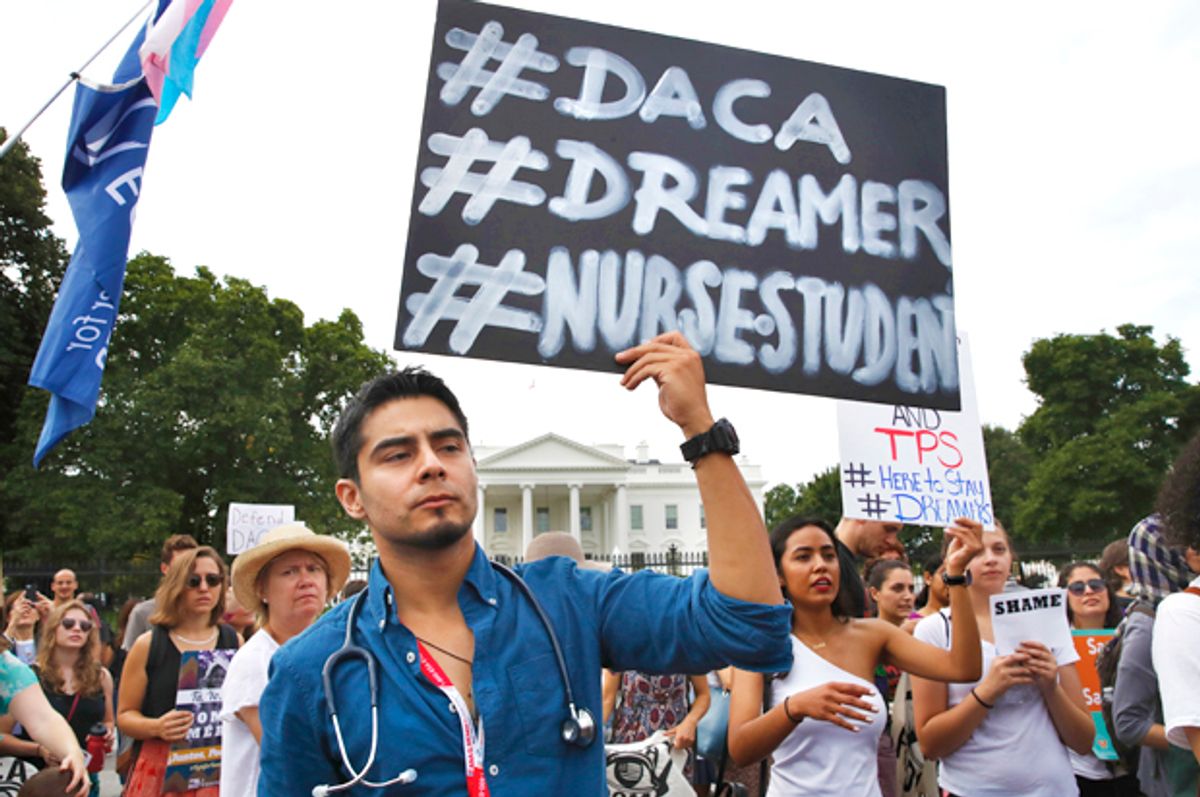 President Donald Trump angered angered many of his loudest supporters this week with his seeming willingness to come to a deal with Democrats to keep many illegal immigrants who were brought to the United States as children.

Coulter even appeared to endorse impeaching Trump and seceding from the United States: 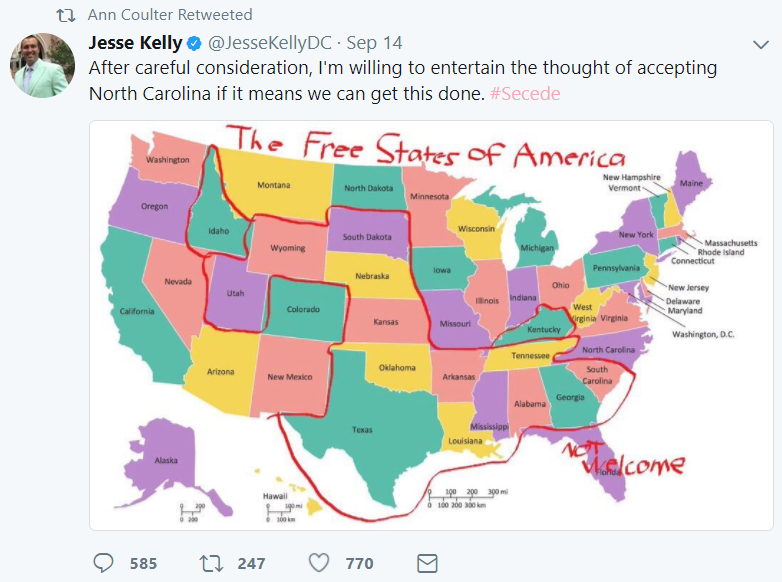 Steve King, a Republican congressman from Iowa who frequently makes statements that connect him to the "alt-right" (such as his claim that deported illegal immigrants can go back to their native lands to teach how "civilized people interact with each other”), was similarly apoplectic. "Trump base is blown up, destroyed, irreparable, and disillusioned beyond repair," he tweeted after news broke that the president may have cut a deal.

"A party this out of sync with its voters will collapse and splinter," Fox News host Tucker Carlson warned on Thursday night.

Despite the anger of Trump's hardcore media supporters, however, the available political science data suggest that their predictions are likely to be wrong.

Long before Trump's political star rose, the Associated Press conducted a poll in May 2015 which indicated that a majority of Americans favored keeping in the country those who were protected by former president Barack Obama's Deferred Action for Childhood Arrivals policy. 55 percent of Republicans in the survey said they would be willing to vote for a candidate who kept DACA in place.

As the issue has come further into the national political conversation, the Republican numbers have not been moving in a more enforcement-oriented direction. In a March poll released by CNN, just 21 percent of respondents who leaned Republican said they favored making deportation the top priority on immigration. In a Politico poll released last week, just 24 percent of self-identified Republicans said they believed that "Dreamers," those protected by DACA, should be deported.

While Trump is unlikely to offend most of his Republican base by agreeing not to deport DACA protectees, that does not mean that Congress will necessarily go along. That's because Republican politicians frequently cast votes that run contrary to public opinion. They do so because a sizable enough number of hardcore activists use their intensity to push the GOP to adopt their views, as Harry Enten and Perry Bacon noted on Tuesday at FiveThirtyEight:

A DACA-like bill could be approved by Congress. But there’s a big force in the way: Anti-immigration sentiment in the Republican Party. DACA may be popular, even among some Republicans, but hardline immigration policy has been growing as an animating force in GOP politics for years. It helped put Trump in the White House. ...

Immigration is similar to guns in that the Democratic position on many specific immigration policy questions is more popular than the Republican position, but Republicans hold their own on immigration more generally. Much of Trump’s immigration agenda doesn’t poll well: For instance, there isn’t broad support for building a border wall with Mexico, limiting legal immigration or ending DACA. ...

Additionally, immigration tends to be an issue that is more important to Republicans than Democrats. The 2016 national exit poll found that Trump beat Hillary Clinton by 31 percentage points among voters who said immigration was the most important issue facing the country. The 2016 Cooperative Congressional Election Study found that 73 percent of Trump voters said immigration was of “very high importance” to them, compared with 24 percent of Clinton voters.

Trump may be willing to cut a deal with Democrats on DACA, but that doesn't mean that congressional Republicans will let him do so.