Bill Maher to the federal government: Back off

The late-night comedian says that it's "liberal states that are under siege from federal overreach." 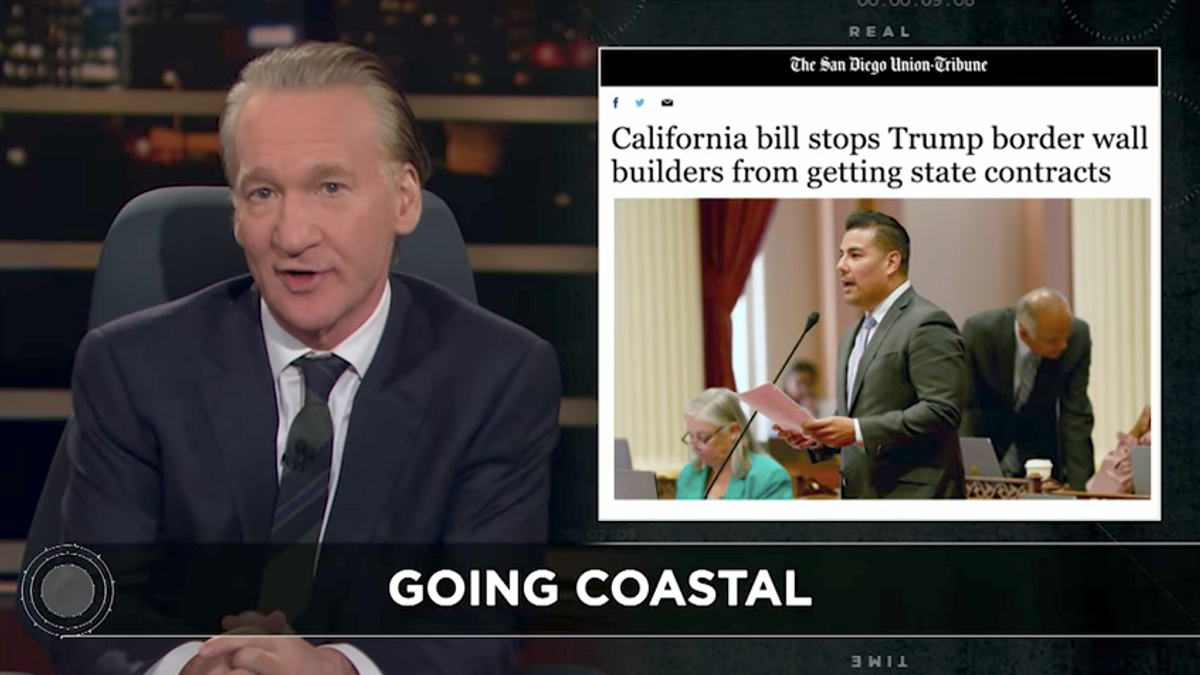 Late-night comedian Bill Maher capped off HBO's "Real Time" on Friday night with a passionate message to the federal government: back off.

After he pointed out that California's Democratic Gov. Jerry Brown signed a climate agreement with China to work on reducing emissions, Maher said that conservatives "can't complain" when liberal states refuse orders from the federal government. They also "can't complain when our local law enforcement refuses to cooperate with [President Donald] Trump's deportation squad."

He added that conservatives can't complain when California cities threaten "to deny contracts to any firm that helps build the border wall."

"It's just that now we're that state that wants to be left alone!" Maher said, referring to California.

Maher explained that "the script has completely flipped from 50 years ago, when progressives ran the show in Washington."

"Now the white supremacists are the federal government," the late-night comedian said. It's "liberal states that are under siege from federal overreach."

"We're trying to defend our way of life here, and what we believe in," Maher explained as he was greeted with a loud applause from the audience. "We believe in sanctuary cities, and pollution controls, and legalized pot, and gun control, and Obamacare, and a woman’s right to choose and we’re going to defend them. We’re the rebels now."