“Brad’s Status” feels like a movie about America in 2017, but it’s more timeless 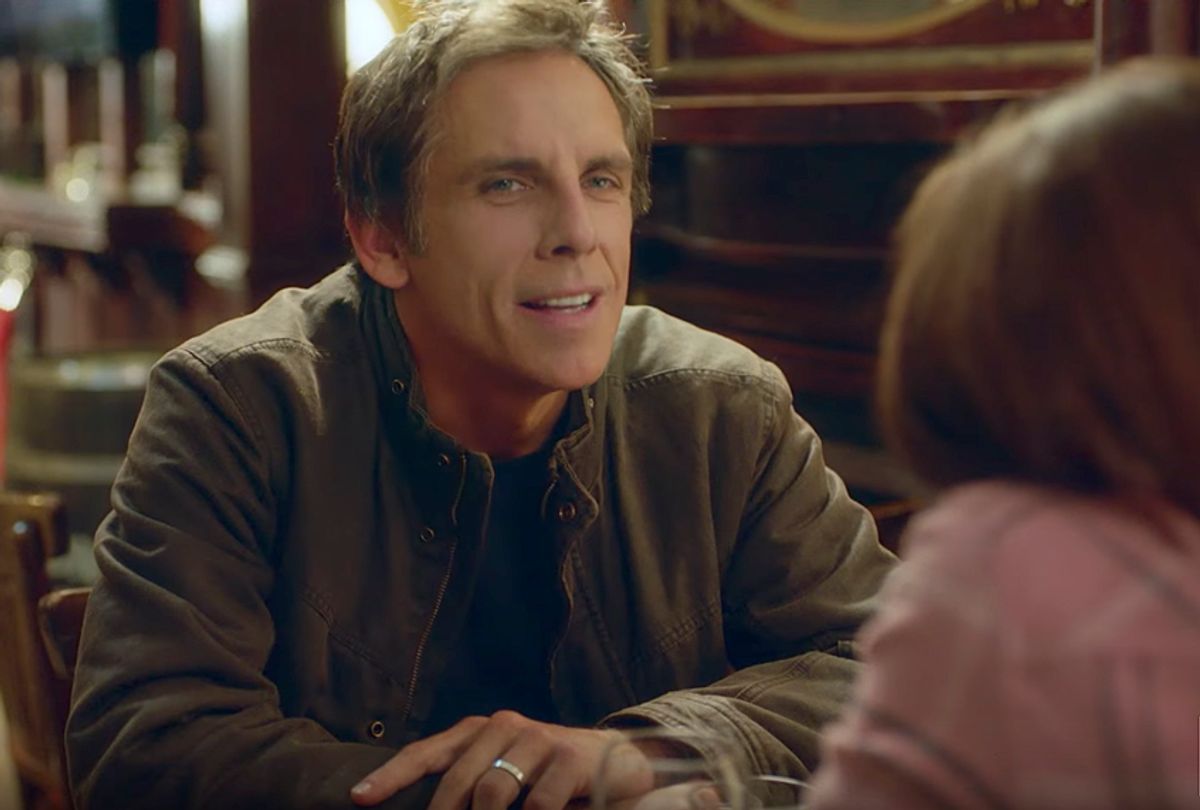 The May 17, 1947 issue of The New Yorker featured the famous John Cheever story, “The Enormous Radio.” The story is about a couple, Jim and Irene Westcott, who are “the kind of people who seem to strike that satisfactory average of income, endeavor, and respectability that is reached by the statistical reports in college alumni bulletins.” When their radio breaks, Jim splurges on a new one, a “large gumwood cabinet” with a confounding number of dials and switches. The radio is faulty though. Its stations transmit the goings-on in their neighbors’ apartments. Once worried about keeping up with the Jones’, when the Westcotts peak behind the curtain of their neighbors’ lives, they become disillusioned, disgusted by the selves their neighbors neglect to present to the world.

In January of the next year, the magazine published an early J.D. Salinger short story called “A Perfect Day for Bananafish.” At the time, Salinger was not long removed from serving in World War II, and the story was about a soldier, Seymour Glass, who was also not long removed from service. Glass has PTSD and, after a beautiful day on a Florida beach with his precocious child friend Sybil Carpenter, he returns to his upscale beachside hotel and his beautiful wife Muriel, and he blows his brains out.

The postwar period was strong for The New Yorker’s fiction department and for American fiction in general. And many of the best works — by Cheever, Salinger and their fellow luminaries — were about the malaise lurking behind the façade of white middle-class contentment. (These were the stories that inspired and influenced “Mad Men.”)

It was this period, and these stories in particular, that I thought of when I saw the new Mike White (“School of Rock,” “Nacho Libre,” “Beatriz at Dinner”) movie, “Brad’s Status.”

Ben Stiller stars as Brad Sloan, the sort of neurotic but well-meaning character Stiller has made a career out of playing. The source of the neurosis this go-round is — you guessed it — status. Brad, a middle-class Sacramento-dwelling nonprofit founder, is inundated on social media by the extravagant lives his old college friends have gone on to live — the status within their statuses. When he takes his son Troy (Austin Abrams) on a trip to Boston to look at prospective colleges, his midlife crisis reaches its peak. He imagines himself leading his old friends’ current lives, and he’s filled with envy and regret.

The best scene in the film comes near the end of the second act. After dinner with Ananya (Shazi Raja), a friend of Troy’s who attends Harvard, Brad and Troy return to their hotel room. When Troy falls asleep, Brad sneaks out and goes to the student bar, hoping to get a drink with Ananya, who is very pretty. She is pursuing a career in nonprofits and she asks his advice: What would he tell his college self? The gist of his answer is that she should be Bill Gates — get rich and then donate money to worthwhile causes. People at dinner parties only pretend to admire him, he says.

Brad’s answer takes Ananya by surprise. He can see her lose respect for him in the face she makes. So he spends the rest of the night telling her his story, making his case. It doesn’t work. She says it just sounds like textbook “white privilege, male privilege, first class problems.” He responds, “I know I might seem like some cliché to you, but this is actually my life, okay.” To which she says, “Just don't ask me to feel bad for you.”

The scene is masterfully rendered. Both characters offer a valid perspective — he wants to be understood, she thinks he should be grateful for what he has. And though the conversation is about his life specifically, it’s also a microcosm of the bigger issues occupying the zeitgeist. Like in “Beatriz at Dinner,” Mike White puts a human face on the culture clash that is defining this American moment — clashes which predate the presidency of Donald Trump but which Trump’s presidency has intensified. The division is less stark than the central one in “Beatriz” — Brad is, by all indications, liberal — but it’s about the same things: greed, privilege, empathy and difference.

Though the scene, as well as the movie generally, is entirely of the present American moment, the issues are timeless. These are the same tensions that take center stage in “The Enormous Radio” and “A Perfect Day for Bananafish.”

White doesn’t explicitly take sides and he doesn’t make Brad out to be a white bogeyman. But Ananya, the smart college student, clearly represents the future. Like Sybil Carpenter, she is a youth whose innocence and idealism might redeem the status-possessed culture’s greed and apathy.

There’s not a lot to spoil in “Brad’s Status,” but still, I won’t give away the plot points of its ending. But suffice to say, as with “Beatriz at Dinner,” White’s great insight is absence of concrete resolution. When representatives of America’s warring tribes meet, they may walk away with new perspective, but if they change, they do so off camera. When, in a voice-over, Brad doubts that Ananya will live up to her ideals, his cynicism sounds wrong. But history is with him: The film is proof that each generation falls into the same traps as the ones that came before it.