Mixed blessings: Why a diverse slate of Emmy nominees means a lot, and little

Emmy races in major categories are exciting and diverse, but still not entirely inclusive 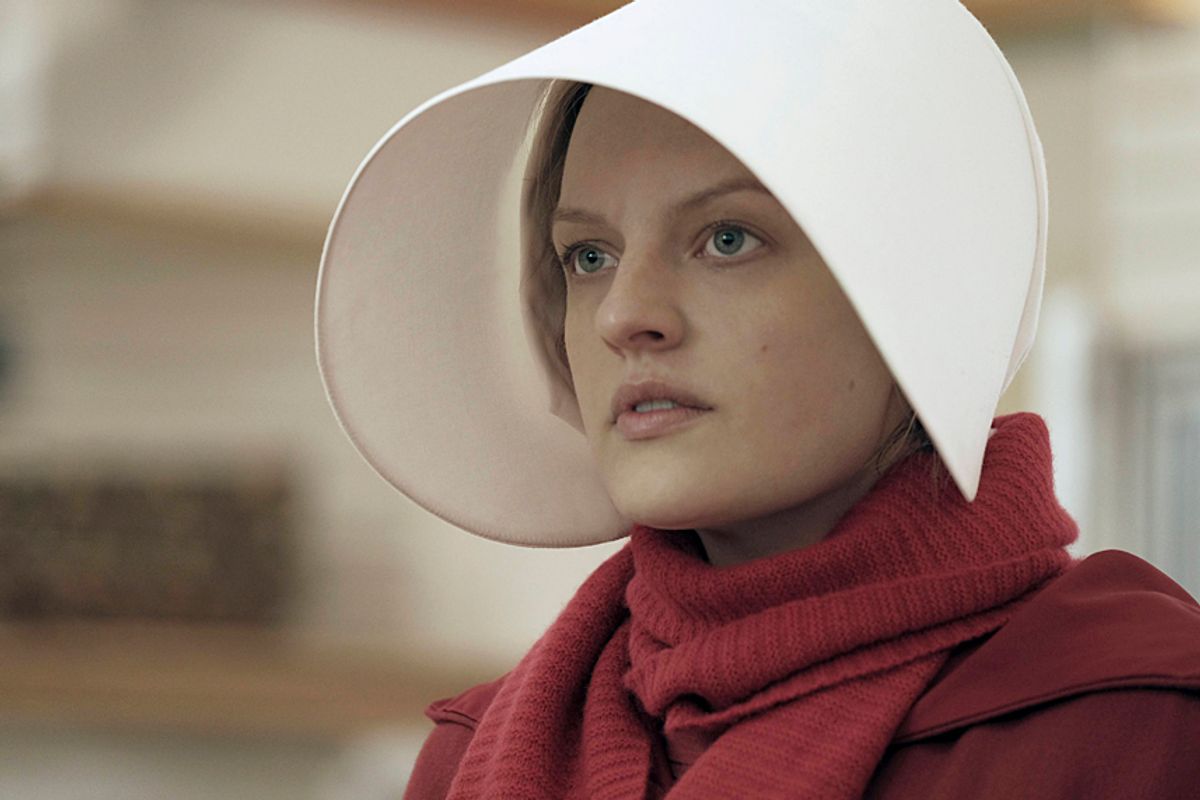 Emmy Awards night is akin to New Year’s Eve for the television industry. Traditionally its award telecast marks the official starting line of the new TV season, although that’s been less the case in recent years. In that regard, though, the Emmys also provide the opportunity to pause and assess where the medium sits on various fronts, especially in terms of inclusivity.

The 69th annual Emmy Awards, hosted by Stephen Colbert and airing live on Sunday at 8 p.m. Eastern time and 5 p.m. Pacific time on CBS, features a diverse slate of nominees for the third year in a row. When nominations were initially announced in July this led some to declare that TV, and the Emmys, are showing the way in terms of inclusivity while movies and the Oscars still have some catching up to do, the victory of “Moonlight” in the Best Picture category notwithstanding.

However, reading too much into what the Emmys means to a show or a performance or the industry at large generally gains a person nothing. That may sound strange coming from a person whose job, in part, requires predicting which series should win or will win. But it’s true.

Winning an Emmy is an achievement and a recognition of a performer’s skill and work during a particular season of television. But any win is also the result of how much of a company’s monetary and political resources goes into campaigning for a contender. This is why, despite the fact that 25 actors of color received nominations across individual performance categories, we should hedge our bets concerning the inclusivity of the winners’ circle.

As always, I hope to be wrong and pleasantly surprised. After all, it was Ava DuVernay's Netflix documentary “13th” that proved to be the biggest winner in last weekend’s Creative Arts Emmy Awards; the film garnered eight nominations and won four Emmys for Outstanding Documentary or Nonfiction Special, Writing for Nonfiction Programs, Outstanding Motion Design, and Outstanding Original Music and Lyrics.

These are all terrific achievements.

But if you want an indicator of how Sunday’s telecast is likely to go, take a look at the guest actor categories. The Outstanding Guest Actor in a Drama Series category included nominations for BD Wong’s tremendous work on USA’s “Mr. Robot,” and Brian Tyree Henry’s touching portrayal on NBC’s “This Is Us.” The NBC drama secured three nominations in that category, in fact. The award went to Gerald McRaney -- who also was terrific on "This Is Us," but has been a known quantity in Hollywood as far back as his work on “Simon & Simon” and “Major Dad.” Emmy voters love familiar faces.

Emmy also favors a combination of famous actors stretching beyond their image, which probably explains why Alexis Bledel took home the Outstanding Guest Actress in a Drama Series Emmy for her work in Hulu’s “The Handmaid’s Tale.” This also means she beat fellow nominees Laverne Cox and Cicely Tyson, neither of whom were favorites in the category (and really, if anyone has reason to be upset, it’s fans of “The Leftovers” and Ann Dowd, both of whom were denied a win by Bledel’s victory).

Certain victories are pre-ordained: Melissa McCarthy was a lock from the moment she received a nod for her parody of Sean Spicer on “Saturday Night Live,” which mean she also bested Wanda Sykes (for “Black-ish”) and Angela Bassett (“Master of None”) in the Outstanding Guest Actress in a Comedy Series category.

In all of these cases it comes down to a matter of firepower above everything. “The Handmaid’s Tale” speeds into Sunday’s awards ceremony on a streak of nitro flame, powered by outstanding work in front of and behind the camera and the coincidence of possessing a high level of chilling political and social relevance. The same can be said of its Outstanding Drama competitor “This Is Us,” although the popularity of the broadcast series’ story comes from the way it speaks to a yearning for warmer times.

If “This Is Us” wins in the Outstanding Drama category it’ll become the first broadcast show to do so since 2006. And it has a decent shot. But what about its individual nominees? Sterling K. Brown is up for Outstanding Drama Actor and won an individual performance Emmy last year for his work in FX’s “The People v. OJ Simpson: American Crime Story.” This places him in a good position. Brown would also be the first African-American to win in this category since 1998, when Andre Braugher took home some hardware for his work in “Homicide: Life on the Streets.” Rami Malek broke the streak for people of color last year with his Emmy win for “Mr. Robot.”

He’s also up against Kevin Spacey for “House of Cards” -- 10 times nominated, never won — and Oscar winner Anthony Hopkins for “Westworld.” Brown’s work on “This Is Us” was exceptional. But Emmy has previously displayed a tendency to fall all over itself to reward actors who descend from the cinematic firmament to grace the small screen. This has happened less and less recently as television has become the more creatively dominant medium, but I’m just saying — beware of precedent.

The other category that showed up big in the diversity column is the race for Outstanding Lead Actor in a Comedy, with Donald Glover, Anthony Anderson and Aziz Ansari facing off against Jeffrey Tambor, Zach Galifianakis and William H. Macy. Tambor’s taken this award twice, in 2015 and 2016.

Emmy loves a repeat winner. That said, Glover and Ansari have earned a deluge of critical praise for the seasons of their respective shows. Ansari received nods for acting, directing and producing “Master of None,” and shares a writing nomination with his co-star Lena Waithe for the wonderful “Thanksgiving” episode.

But Glover won the Golden Globe for Best Actor, and “Atlanta” snagged the Best TV Comedy Globe. And a Peabody after that. Both the show and its creator have strong chance… but then, so does Anderson, now a three-time Emmy nominee.

It could be that Emmy will be content with the history it’s already made in the Outstanding Comedy category, where Ansari’s “Master of None” is up against “Atlanta” and “Black-ish.” Just being nominated grants these shows the honor of being the first time since 1970 that more than one show fronted by nonwhite leads landed in the category.

It could be a very good night or one final reason to weep for Ron Cephas Jones, up for the Drama Supporting Actor Emmy for his work in “This Is Us,” and Leslie Jones, contending for an Emmy for Outstanding Supporting Actress in a Comedy for “Saturday Night Live.”

All told, this impressive list should give the fans of all these actors and their shows plenty of reason to be hopeful. So what’s the problem? Simple — consider what and who we won’t be seeing.

Lin-Manuel Miranda was bumped out of the Outstanding Guest Actor in a Comedy Series, which favored another “Saturday Night Live” host’s performance over his: Dave Chappelle. And with him goes the entire presence of Latino contenders in major categories despite the fierce critical acclaim still enjoyed by Golden Globe winner “Jane the Virgin” and the revamp of “One Day at a Time,” starring the legendary Rita Moreno, on Netflix. (“One Day at a Time” did receive a nod for Outstanding Multi-Camera Picture Editing for a Comedy but lost to “The Big Bang Theory.”) Their absence adds an additional sting to a damning statistic cited in the most recent Boxed In study conducted by San Diego State University’s Center for the Study of Women in Television and Film, indicating that Latinas received only 5 percent of all speaking roles of shows that aired in the 2016-2017 television season.

With Wong out of the running, Ansari is the sole torchbearer for Asian actors, which may be more noticeable this year than in previous ones. And in response to those who may argue that there simply aren’t that many Asian actors in major roles to nominate -- yes, you are right.

A recent academic study titled "Tokens on the Small Screen" specifies just how much of a problem this is. According to its findings, Asian-Americans and Pacific Islanders comprise only 4 percent of series regular roles. Some 64 percent of all shows do not feature a single Asian-American or Pacific Island series regular, and out of those that do 87 percent of those regulars are on-screen for less than half an episode.

This is a problem. That said, Constance Wu is doing incredible work on “Fresh Off the Boat” and I’d trade her in for “Veep” lead Julia Louis-Dreyfus easily. This wasn’t the HBO show’s best season, and how many more statues does that woman need?

And Wu is one of many women who won’t be present on Emmy night, a group that includes Issa Rae, creator of “Insecure” (which just completed a legitimately top-notch second season), and the trio of women (Yvette Lee Bowser, Julia Lebedev and Stephanie Allain) who executive produce “Dear White People” and who, alongside its creator Justin Simien, were completely shut out of contention.

Also, Oprah. We can never forget Oprah — although “The Immortal Life of Henrietta Lacks” may not be her most memorable work.

And that’s the rub of the Emmys, isn’t it? Tidal waves of hype lead up to the night and then, once it’s over, we hit the reset button and enter a new season. The actors, writers and producers will remember their victories and nominations and snubs, naturally. Everybody wants a little gold to gussy up their bookcases. But since Emmy favors familiarity, and the majority of lead and series regular roles still go to white actors, fortune is less likely to favor the night's nominees of color.

Even if diversity does come out on top this time around — fingers crossed that it does! — our celebration will be as ephemeral as the glamour surrounding the evening itself. By Monday morning, the party will be over and the struggle will continue, as usual.