Who is begging for war? We have such a poor understanding of the conflict with North Korea

Unless the United States downgrades threats against North Korea, there will be no possibility of peace 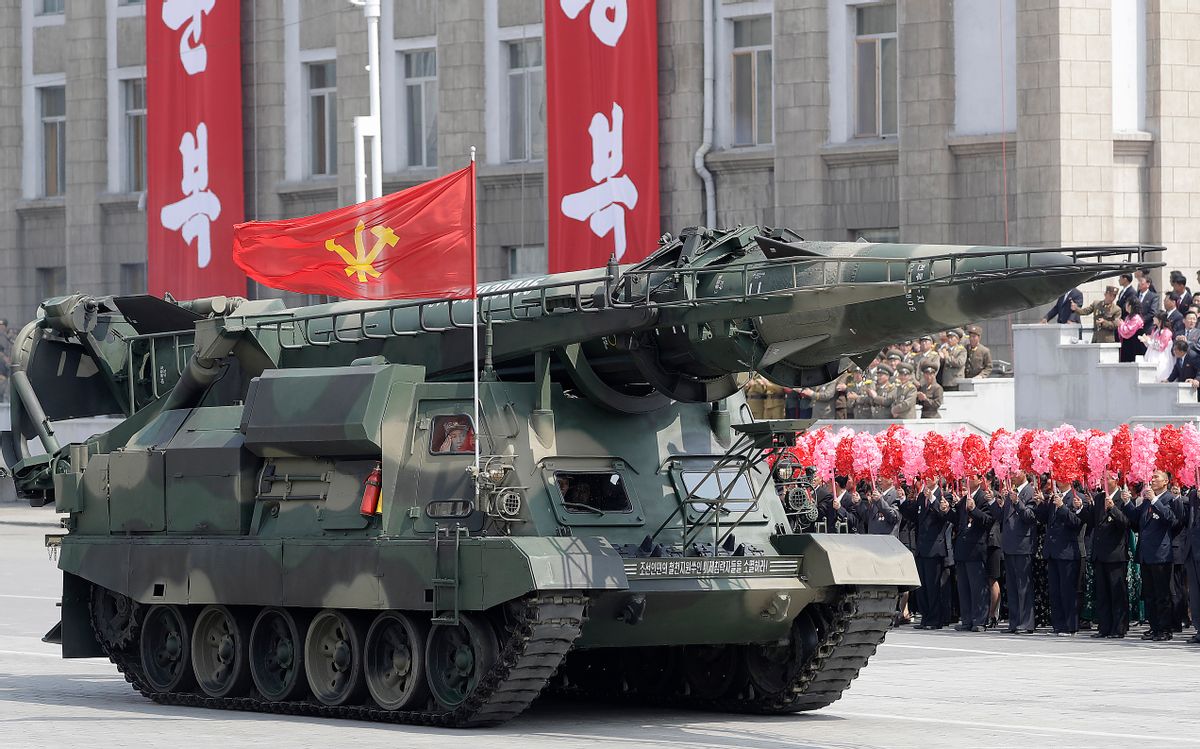 US Ambassador to the United Nations Nikki Haley told the Security Council that North Korea was ‘begging for war.’ She said this in reference to the test of a thermonuclear — hydrogen — bomb by the North Korean military. ‘Enough is enough,’ said Ambassador Haley. ‘We have taken an incremental approach, and despite the best of intentions, it has not worked.’

Ambassador Haley made these comments at the UN Security Council, where there are five permanent members and ten rotating members. These five permanents members (China, France, Russia, the United Kingdom and the United States) are all nuclear weapon powers. They are not on the Council permanently (with veto power) because they have nuclear weapons. There are declared nuclear weapon states (India, Israel and Pakistan) that do not have a permanent seat on the UN Security Council. It is an accident of history that gives these five countries the right to be the judges of the planet.

The US bomb tested in the Bikini Atoll in 1954 was a thousand times more powerful than the atomic bomb that the United States dropped on Hiroshima. The North Korean bomb is similar to the hydrogen bombs that are held by the permanent members of the UN Security Council. It is a bomb that could destroy New York City, Seoul or even Pyongyang.

There is something unseemly about the fact that we — humans — have accepted the presence of thermonuclear bombs in the arsenals of the five permanent members of the UN Security Council. The hyperventilation of these five hydrogen bomb powers to the North Korean test would bewilder a normal person, a person who sees world affairs with an element of rationality. What makes it morally impossible for North Korea to have a dangerous weapon of this magnitude, while it is seen as perfectly acceptable for the quivering finger of Donald Trump to rest on the button of a US inter-continental ballistic missile that carries a hydrogen bomb?

The View from Pyongyang

Why is North Korea, this country with great economic uncertainty, making such a great effort to build a nuclear arsenal? Why not use its scarce resources to tend to its own people?

There are at least four important points to consider when studying why the North Koreans continue to build a nuclear arsenal. If these four points are seriously understood, then their actions appear less irrational than otherwise assumed.

You don’t need to understand Korean culture to see why the North Korean regime is obstinate to build up its nuclear shield. Unless the United States and its allies downgrade their threats against North Korea, there will be no possibility of peace in northwest Asia. Indeed, this no longer a regional struggle. The hydrogen bomb changes everything. This is a global catastrophe. It is necessary to demand the creation of a real process for peace, not belligerent talk from the UN chamber.

On these days, with nuclear war at the edge of our consciousness, it is worthwhile to read the diary of a Japanese doctor – Michihiko Hachiya — kept during and after the bombing of Hiroshima and published in 1955. Here, as war sits near us, is Dr. Hachiya on what he saw in the dim light after the bomb fell on his city,

‘There were the shadowy forms of people, some of whom looked like walking ghosts. Others moved as though in pain, like scarecrows, their arms held out from their bodies with forearms and hands dangling. These people puzzled me until I realized that they had been burned and were holding their arms out to prevent the painful friction of raw surfaces rubbing together. A naked woman carrying a naked baby came into view. I averted my gaze. Then I saw a naked man, and it occurred to me that, like myself, some strange thing had deprived them of their clothes. An old woman lay near me with an expression of suffering on her face; but she made no sound. Indeed, one thing was common to everyone I saw — complete silence.’