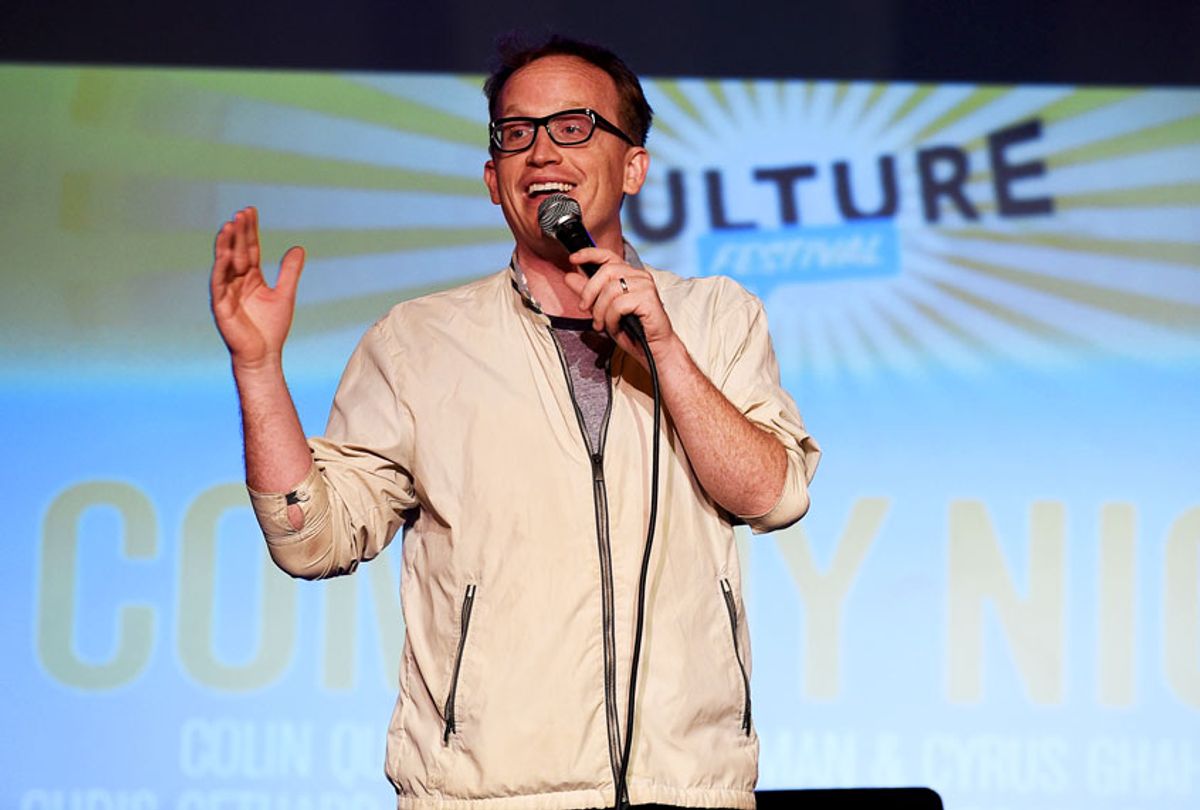 You never know what’s going to happen next with these improv comedy podcasts that take the form of musicals, short sketches, and long-form conversations and performances.

A team of planetary ambassadors take to space for diplomatic relations in the Zyxx Quadrant of the Tremillion Sector in this new improvised science fiction drama.

Host Chris Gethard can’t hang up, and he (and we) will never know who is on the other end of the phone line during their hour-long call. As the veil of anonymity is drawn, the conversations that ensue are nothing short of honest, insightful and touching.

Improvisors Jesse Rogers and Josh Lindgren pluck one word from Twitter, then it’s off on a jaunt of free association in weekly short-form installments.

It’s a McElroy family affair: Justin, Travis, and Griffin and their dad embark on a 70-episode arc of one epic D&D campaign.

Pressing interpersonal issues get resolved with the expert judgement of John Hodgman.

6. “Hello From The Magic Tavern”

Reporting live from the magical land of Foon, Arnie Niekamp brings you interviews with the wizards, monsters and adventurers he’s met while traveling in the secret portal located behind a Burger King.

A small settlement of misfits, brought together by writer Dan Harmon, have an impromptu town-hall meeting live on stage.

Everything you (n)ever wanted to know about the bovine industry, with host Benjamin Partridge.

A thick layer of tension and intrigue coats the ad-lib conversations with Missi Pyle, Zach Selwyn and their special guests.

Each week, Lauren Lapkus finds herself in a new situation and with a new cast as the host becomes the guest.

Love musicals? The tune-creating team of Jessica McKenna, Zach Reino, and a special guest will compose one right before your ears each week.

Stick a fork in them, they’re done: Josh Simpson and Jake Jabbour and special guests wing it in this juicy podcast.

Improv comedy is a part of the Comedy podcast collection on RadioPublic. For more audio collections like this, check out RadioPublic’s guide. Begin listening to the most recent episodes here, or download the RadioPublic app for iOS or Android to follow the shows from any of these links.