Seeing God's wrath in the hurricanes

Many of my Latino and Latina friends saw a Bible verse as prophetic. Is this catharsis or superstition? 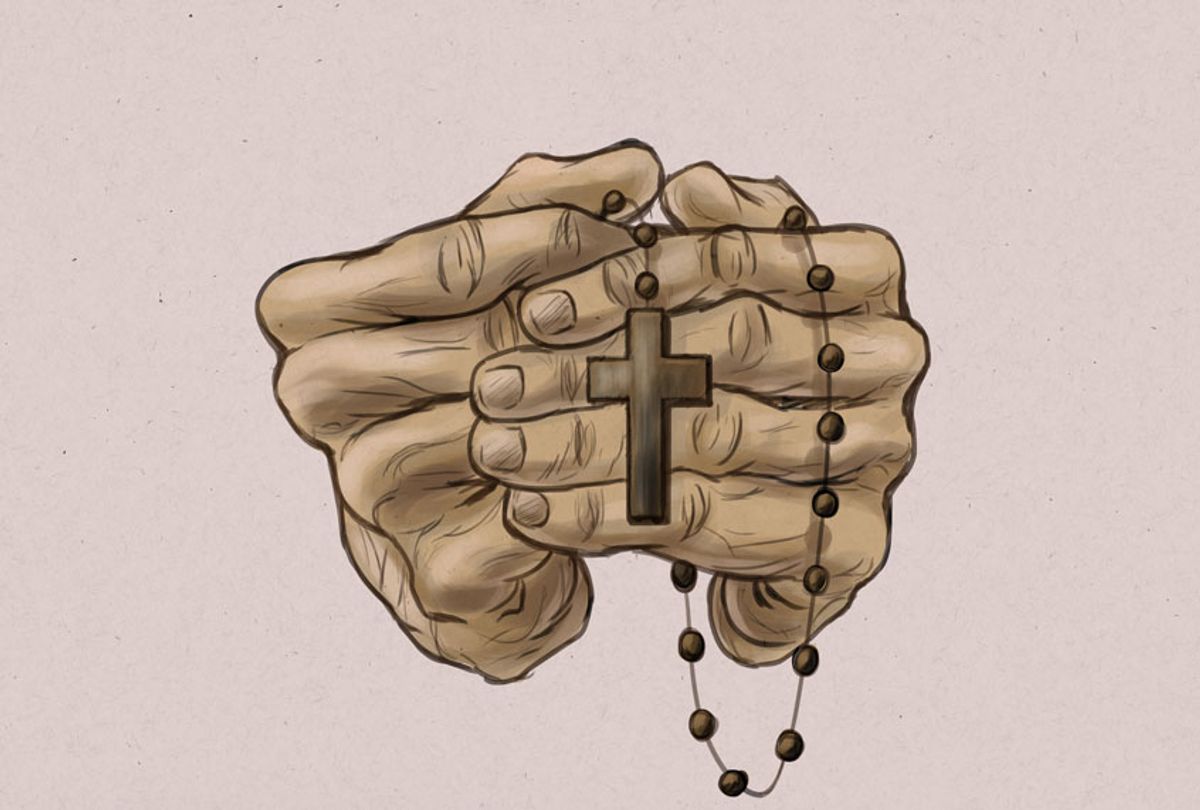 Hurricane Harvey left fear, uncertainty and ruin in its wake. The Category 4 storm left some people questioning what could come next, to which Mother Nature quickly responded with another hurricane: Irma. This worry and wonder, however, led some of my friends — particularly first- and second-generation Latinos and Latinas — to religious revelation.

I saw many turn to Luke 21:25-26, pointing out that the total solar eclipse occurred Aug. 21 and was followed shortly thereafter by Hurricane Harvey, which made landfall on the Texas coast Aug. 25. By Aug. 26, the state was feeling the climate change-fueled disaster, tornadoes and all. This is what that Bible verse says:

“There will be signs in the sun, moon and stars. On the earth, nations will be in anguish and perplexity at the roaring and tossing of the sea. People will faint from terror, apprehensive of what is coming on the world, for the heavenly bodies will be shaken.”

And while this coincidence is eerie, to say the least, it is just that: coincidence. That didn’t stop my friend Bryan Mora, 24, a second-generation Latino, from sharing it on Instagram. He and I went to high school together. Mora is not religious, he says, but the number alignment blew his mind, so he had to share it. He understands that climate change is involved, but he’s also curious of other forces at work — of a divine power or not.

On the other hand, Kelly Barralaga, a 26-year-old mother of two who is a family friend, shared the image on Facebook because it did signal an end of times for her. She believes in science but looks at it through a religious lens. “I think scientific stuff comes from somewhere,” Barralaga says. “It’s just a way to try to explain other things God left here on Earth for us.”

One Twitter user tweeted out with more than 100,000 others retweeting her. Georgia meteorologist Jeff Cox even shared the verse on Facebook. Conflict shouldn’t necessarily exist between science and religion — and it doesn’t for the most part — but something’s fishy when a meteorologist uses religion to explain science.

Benjamín Valentín, a professor who studies Latinx* Christianity at the Yale University Divinity School, has heard Luke 21:25-26 referenced frequently in the past, especially among Latinos and Latinas. A pastor mentioned it during a service Valentín attended in Boston following the eclipse. The congregation just so happened to be predominantly Latino and Latina.

“I don’t think Latinxs have exclusive rights to this tendency,” Valentín says, referencing the human tendency to search for meaning in natural phenomena. Religion does play a unique role, however, among Latinos and Latinas, he adds. My parents weren’t even churchgoers, but my mom still thanked God for just about everything. “Primeramente Dios,” she always says in Spanish. “God willing.”

Then, there are the rituals, which Valentín argues are rooted in our supernatural leanings. I agree. My Latino and Latina friends and I joke all the time about our superstitious mothers and abuelitas.

For example, newborns must wear a red beaded bracelet with a giant stone to help protect them from el mal de ojo, or the evil eye. If we strain a muscle, we visit a sobador, not a chiropractor. When a baby falls ill, our immigrant parents might blame some type of maldad, not a virus or bacteria. They’ll always trust the wisdom of a bruja over a doctor. Always.

So what’s this social media “conspiracy,” so to speak, got to do with it? Well, religion might be impacting how Latinos and Latinas react to climate change.

Researchers theorize that this could be due to how Latinos and Latinas disproportionately experience the impact of climate change. Many people of color in the U.S. are experiencing its impacts right now — consider the Latinos and Latinas who work outside in agriculture all day and literally feel the planet warming, or those whose extended families remain in Latin America or the Caribbean, regions already witnessing historic droughts and storms (like Harvey) exacerbated by climate change.

And, yet, American Latinos and Latinas remain notorious for our lack of political participation. Our votes carry even more weight in states with significant Latino and Latina populations like Texas and Florida — the same states recently devastated by the most extreme forms of climate change and whose representatives deny it.

So Anthony Leiserowitz, executive director of the Yale Program on Climate Change Communication, decided to launch a project on how to better engage Latinos and Latinas on climate change. Research results are still being analyzed, but Leiserowitz hasn’t gotten the sense that religion is to blame for climate inaction. After all, his center’s research has previously found that a quarter of Americans find the concept of God irrelevant to the relationship between humans and nature.

Valentín, on the other hand, has his suspicions. So do I.

While there isn’t any research on this, the professor can see how the idea that God will work it out, or “religiously sanctioned fatalism of sorts” (his words), may translate to climate inaction. Other factors (like underemployment, insufficient leisure and, simply, survival) are in play too, but he can’t ignore religion.

“It’s one factor among many others that, I think, in our late modern time have as much power in influencing people’s actions, habits and what have you as religion does,” Valentín says.

Religion doesn’t have to be an inhibitor, though. Scriptures contain many prompts of stewardship and care. Even apocalyptic ones, like Luke 21:25-26, could instead become a source of action, Valentín suggests. Apocalyptic passages weren’t originally intended to be understood in the way people today understand them. In biblical times, followers would interpret a verse differently, as an end of an era, perhaps. Or a renewal, even.

“Because our calling then,” Valentín says, “is more along the lines of the renewal of this world and our being, in a sense, called by God to participate with God in the renewal of this world. And if that’s the case, we need to take the environment very seriously, hoping to flip back the damage that we’ve done to it and working the best we can to undo the harm we’ve done to it.”

Perhaps, then, we Latinos and Latinas will no longer leave climate change in God’s hands and rather grasp it for ourselves. Sharing Bible verses is not enough.

Yessenia Funes is a freelance journalist based in New York. Her work focuses on the intersection between race and the environment and can be found in Grist, YES! Magazine and Colorlines. Follow her on Twitter @yessfun.