Trump has made clear to America for decades where he stands on race. It's long past time to accept the facts 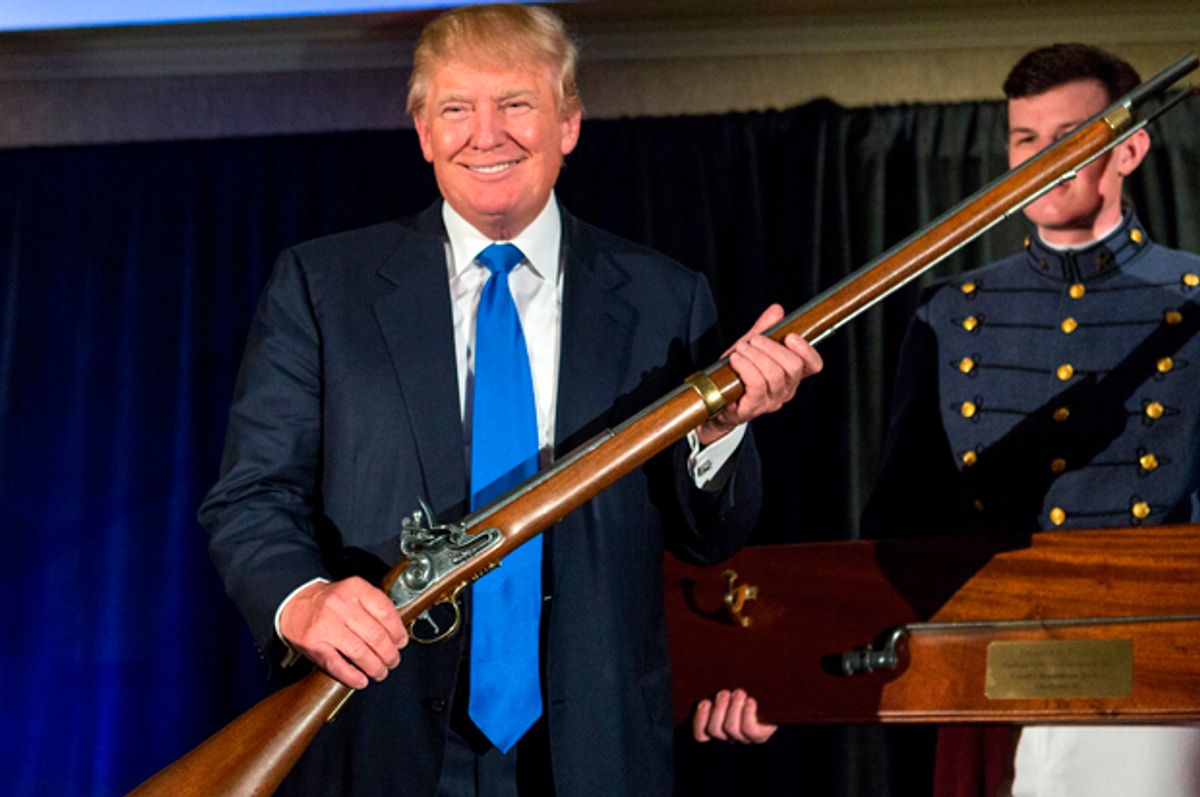 Young children believe that they disappear or otherwise become invisible if they close or cover their eyes. Psychologists hypothesize that this is because children do not develop a full sense of self until later in life and thus are able to entertain fantastical thinking about the nature of the world around them.

As I watch the reactions of the "smart people" -- pundits, activists and others -- to Donald Trump's racism and bigotry, I have been thinking a great deal about children's belief that they can disappear by force of sheer will.

Children do not know any better; the adults in the Fourth Estate and elsewhere who hold fantastical beliefs about Donald Trump and his behavior have no such excuse.

The facts are self-evident. Donald Trump is a white supremacist. The Republican Party -- despite its duplicitous and hypocritical claims to the contrary -- is the country's largest white supremacist and white identity organization. Together, Donald Trump and the Republicans are waging a war against black and brown people's liberty and freedom with the goal of overturning the modest gains of the Civil Rights Movement. Republican voters are, generally speaking, supportive of this racist crusade.

Yet many Americans somehow continue to react with shock, surprise or amazement, and claim to be baffled by Donald Trump's slavish devotion to white supremacy. In reality, this is one of the few areas of Trump's public and private life where he has shown a remarkable amount of dedication, consistency and discipline.

Donald Trump's own words and deeds are full of racial animus, as well as overt and unapologetic racism.

Donald Trump has defended neo-Nazis and other racists as "fine people." He was one of the leading spokespeople for the "birther" conspiracy theory targeting former president Barack Obama. Trump believes that immigrants from Latin America are preternaturally disposed to rape and otherwise abuse white American women. Trump infamously claimed that a Mexican-American judge, by virtue of his blood and heritage, was unable to treat him fairly in court. He wants police to assault "suspects" (which in practice mostly means black and brown people). Trump has been sued by the Department of Justice for refusing to rent property to black Americans and other minorities. Trump encouraged violence against the "thugs" in the Black Lives Matter movement who dared to protest at his rallies. He has repeatedly tried to ban Muslims from entering the United States.

As recently as Thursday, Donald Trump reiterated his belief that the white supremacist and neo-Nazi terrorists who rampaged in Charlottesville, killing Heather Heyer and injuring dozens of other people, are morally equivalent to the anti-fascist protesters who opposed them. Trump believes this despite the evidence that white supremacists, neo-Nazis, Ku Klux Klan members and other elements of the so-called alt-right planned their rampage for months, attacked innocent people, decided beforehand to use cars in ISIS-style terrorist attacks, and in at least one case actually fired a pistol into a crowd of people.

Donald Trump's inner circle of advisers and other senior officials has included apparent white supremacists, possible Nazi sympathizers and white nationalists (operating under the camouflage of "ethno-nationalism") such as Michael Anton, Stephen Miller, Sebastian Gorka, Jeff Sessions and the now-departed Steve Bannon, who collectively want to ensure that America remains a majority-white Christian nation -- and are willing to do just about anything to achieve that goal.

Whatever the dynamics of Trump's fractious relationship with the Republican Party, he remains its nominal leader. On these issues, at least, they see eye to eye: Almost every Republican policy proposal has a disproportionately negative impact on non-whites. Republicans have worked long and hard to keep black people from voting. They endorse policies that would drastically reduce the number of people allowed to immigrate from non-white countries. Republicans are also working to eliminate civil rights protections for black and brown people (as well as other marginalized communities).

This is a logical extension of the way the Republican Party of the post-Civil Rights era has embraced the coded white racism advocated by Pat Buchanan and Lee Atwater as its foundational doctrine. Today's Republican Party is in many ways the direct descendant of the traitorous Confederacy and a post-Civil War Southern white elite who maintained Jim and Jane Crow white supremacy against black Americans. It is no coincidence then that white terrorist organizations such as the Ku Klux Klan and neo-Nazi groups overwhelmingly endorse Donald Trump and support the Republican Party.

Trump is only following the marching orders given to him by Republican voters. Public opinion polls and other research have consistently shown that Republicans are much more likely to be racist against African-Americans and nonwhites. Trump voters in particular are more likely to believe that white people are somehow "oppressed" in America. Trump rode that wave of delusional white victimology and racial paranoia to the White House.

The American mainstream media -- and the American people more generally -- need to abandon childish thinking. In short, they need to grow up.

Donald Trump is not going to "pivot" or become a "normal" and "disciplined" president. He most certainly will not abandon his white supremacist beliefs and supporters. It is long past time to stop being surprised or shocked. For decades, Trump has consistently shown the public who he really is. As Maya Angelou famously counseled, "When someone shows you who they are, believe them the first time."

Accept the facts about Donald Trump. Now the question becomes: What are we going to do to stop him?