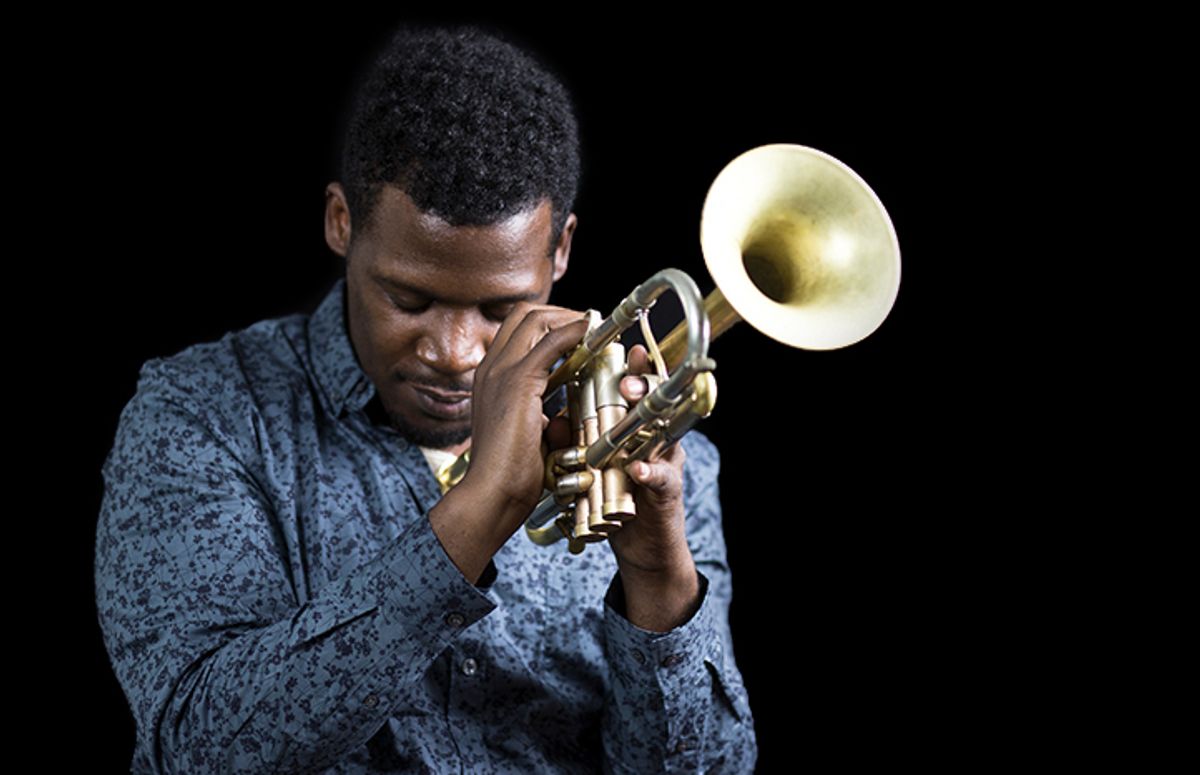 "Music is my story, my destiny, my longing, my experience," Keyon Harrold, Grammy Award-winning trumpeter said on "Salon Stage."

The Ferguson native performed an exclusive version of "MB Lament" with jazz guitarist Nir Felder for Salon. It's a somber, emotional track from Harrold's upcoming album "The Mugician" out September 29.

"When I wrote 'MB Lament,' I was sitting in New York City, watching CNN or some news channel, and I noticed that they were talking about Ferguson," Harrold remembered. "Which is random to a lot of people but to me, it hits home."

"When that happened, I felt like it could have been me," he said of the police killing of Mike Brown in 2014. "I was led to write the song 'MB Lament,' honoring him—but not just him, honoring all the people who have been killed for absolutely no good reason, nobody deserves that."

On "MB Lament," Harrold maneuvers between mournful, pensive notes, and chords so intense and roaring, they sound like a mother's grievous cry. "I wrote this song as a lament to all of the people who've been taken," he said.