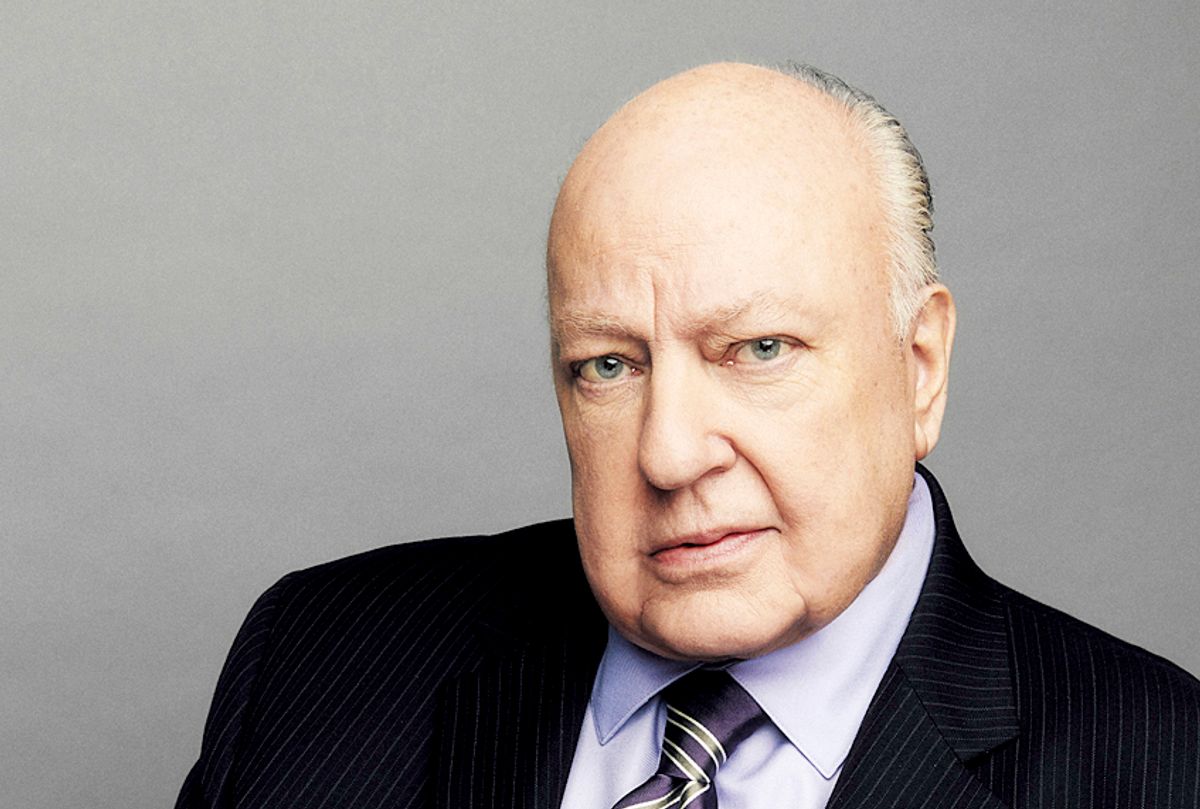 Last night during the 69th Primetime Emmy Awards held in Los Angeles, industry luminaries and viewers at home watching CBS would have noticed that the ceremony's traditional "In Memoriam" segment featured former Fox News CEO Roger Ailes among the honored.

Typically, the "In Memoriam" segment offers short clips of figures of note, both in front of and behind the camera, who have passed away during the course of the year. Last night's edition, for instance, featured Carrie Fisher, Debbie Reynolds, Mary Tyler Moore and others.

Ailes many achievements include co-founding and running the conservative Fox News network for almost two decades, but his many innovations in the field of cable news are perhaps overshadowed now by the tide of sexual harassment allegations leveled against him over recent years.

Those accusations — upwards of 20 in total — along with a history of retaining and crafting legal settlements for on-air talents also under scrutiny due to sexual-harassment allegations, precipitated his forced resignation from the network in July of 2016. Reportedly, he continued in a limited outside advisory capacity with the network until his death in May of this year.

Combined with his fiery, often vicious personality and his controversial and sometimes arguably racist political views and statements, the negative impact his work had on our political climate and the news media and his creation of what many see as a toxic "boys club" at Fox News, seemed to have permanently damaged Ailes' already questionable legacy beyond repair in the eyes of many.

And, yet, Ailes remained enough in the good graces of the Academy of Television Arts & Sciences that last night he appeared alongside those whose memories were not similarly compromised. It was an unwelcome inclusion for some:

*but* they got one in for roger ailes. what can you do, man? https://t.co/oJULitSdjv

Roger Ailes is probably the person most responsible for the current toxicity of our political landscape. #Emmys shouldn't have honored him. — Adam Best (@adamcbest) September 18, 2017

Memorializing Roger Ailes and lionizing Sean Spicer - who stands against the 1st Amendment and our craft - the Emmys lost all credibility pic.twitter.com/ZLuyGLPG9j — Keith Olbermann (@KeithOlbermann) September 18, 2017

More than 20 women said Roger Ailes sexually harassed them, & then he was honored in the #Emmys In Memoriam segment https://t.co/hIClXGlLtN

Roger Ailes was included in the "In Memoriam" tribute because of his lifetime of achievement as a producer of racism. #EMMY2017 — Andy Kindler (@AndyKindler) September 18, 2017

Don't sell him short. There was also the sexism, the sexual harassment, the black ops, the toxic perversion of fact... https://t.co/2OGP6Z5BTj — Kim Masters (@kimmasters) September 18, 2017

Beyond shocked Emmy's would honor Ailes in memoriam. What message does it send to women (and men)? — Gabriel Sherman (@gabrielsherman) September 18, 2017

The relative silence of the audience in the Microsoft Theater during Ailes' appearance in the segment did not go without notice:

The absolute SILENCE during #RogerAiles on the #Emmys #inmemoriam was not at all missed. What a monster.

Some noted that other deserving figures who'd passed away during the last year did not receive moments in the "In Memoriam" segment, including actors Frank Vincent, Harry Dean Stanton, Charlie Murphy and Erin Moran. Of particular note, the highly influential comedian and social justice activist Dick Gregory was also passed over by the Academy.

While almost no awards show escapes criticism for passing over a celebrity here or a celebrity there during such segments, the inclusion of Ailes and the exclusion of Gregory seemed particularly notable and telling in a broadcast that otherwise seemed to skewer the policies of the right in general and the presidency of Donald Trump in particular (the normalization of former White House press secretary Sean Spicer notwithstanding).

#DickGregory was the first black comedian to sit on the couch of the #TonightShow, and the #Emmys did not honor him. #shame #smh #rip pic.twitter.com/6UoifyhXLO — Joe Madison (@MadisonSiriusXM) September 18, 2017

#Emmys did not include Frank Vincent, Dick Gregory, Harry Dean Stanton, or Charlie Murphy but don't fret, they made room for Roger Ailes! pic.twitter.com/0rb2EDeT2N

Shout out to @DonaldGloverrr winning his #Emmys last night but how they leave Dick Gregory & Charlie Murphy, out the memorium? #StayWoke — Corey Ingram (@ThaCore31) September 18, 2017