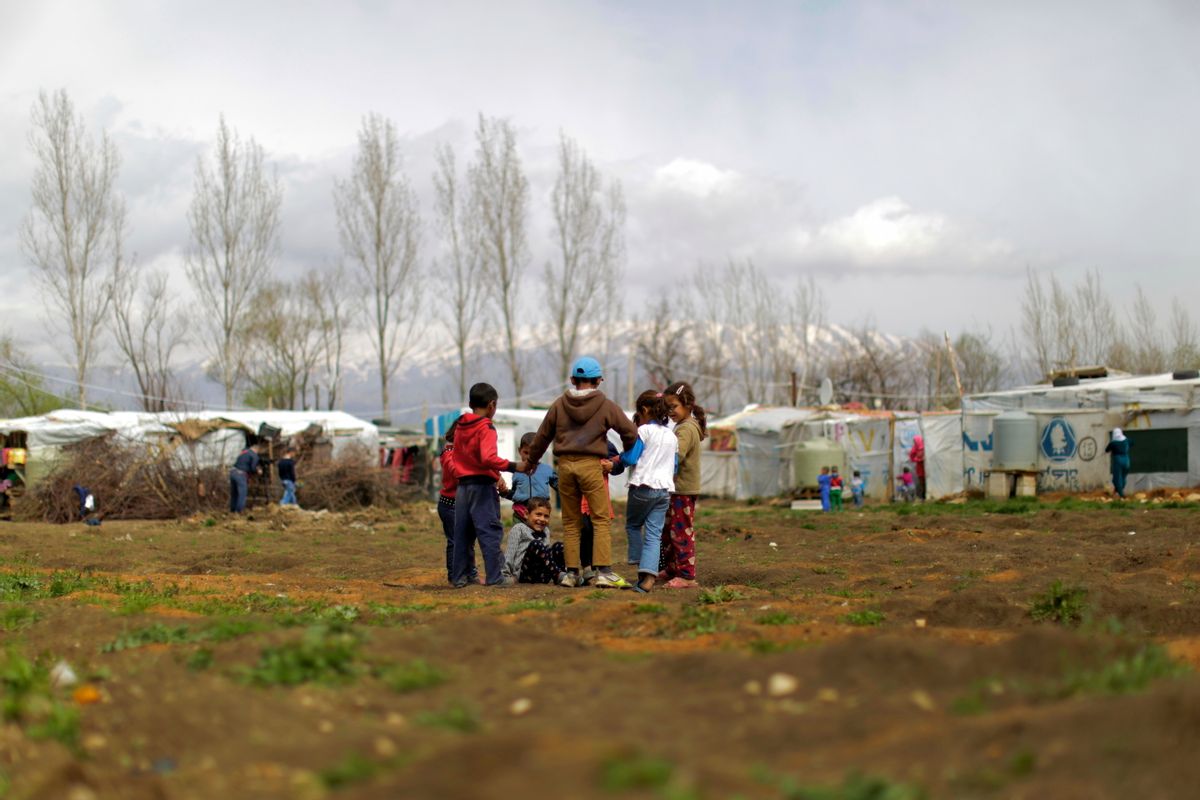 White House officials refused to acknowledge a study by the Department of Health and Human Services that highlighted the economic benefits of bringing in refugees and concluded that refugees have brought in $63 billion more in government revenue over the past decade than they have cost.

President Donald Trump is due to decide the amount of refugees that will be taken in annually by Oct. 1, the New York Times reported, but the draft study the publication obtained strongly contrasts the frequent talking point of the current administration. A leading opponent of refugees is Trump's chief policy adviser, Stephen Miller.

"Advocates of the program inside and outside the administration say refugees are a major benefit to the United States, paying more in taxes than they consume in public benefits, and filling jobs in service industries that others will not. But research documenting their fiscal upside — prepared for a report mandated by Mr. Trump in a March presidential memorandum implementing his travel ban — never made its way to the White House. Some of those proponents believe the report was suppressed."

While the study was completed by July, it was never publicly released. It stated that refugees "contributed an estimated $269.1 billion in revenues to all levels of government" through taxes between 2005 and 2014, the Times reported.

The White House believed the information was politically motivated and not authentic, and that the final report concluded "that the per-capita cost of a refugee is higher than that of an American."

"This leak was delivered by someone with an ideological agenda, not someone looking at hard data," Raj Shah, a White House spokesman said, according to the Times. "The actual report pursuant to the presidential memorandum shows that refugees with few skills coming from war-torn countries take more government benefits from the Department of Health and Human Services than the average population, and are not a net benefit to the U.S. economy."

The three-page report that was finalized and dated Sept. 5, only compares costs of refugees to Americans and excludes any revenue contributions made by refugees.

"In an average year over the 10-year period, per-capita refugee costs for major H.H.S. programs totaled $3,300," the report said. "Per-person costs for the U.S. population were lower, at $2,500, reflecting a greater participation of refugees in H.H.S. programs, especially during their first four years" in the country, the Times reported.

Miller, also a key architect of Trump's Muslim travel ban, has also looked to lower the refugee cap. Both the State Department and the Department of Defense "vociferously that the United States should admit no fewer than the 50,000-refugee cap that Mr. Trump imposed in January as part of the travel ban, but Mr. Miller has advocated for a much lower number — half or less."