Trump, Charlottesville and the perils of "cultural relativism"

When speech police insist that all cultures are equal, they're fueling Trump's noxious Charlottesville narrative 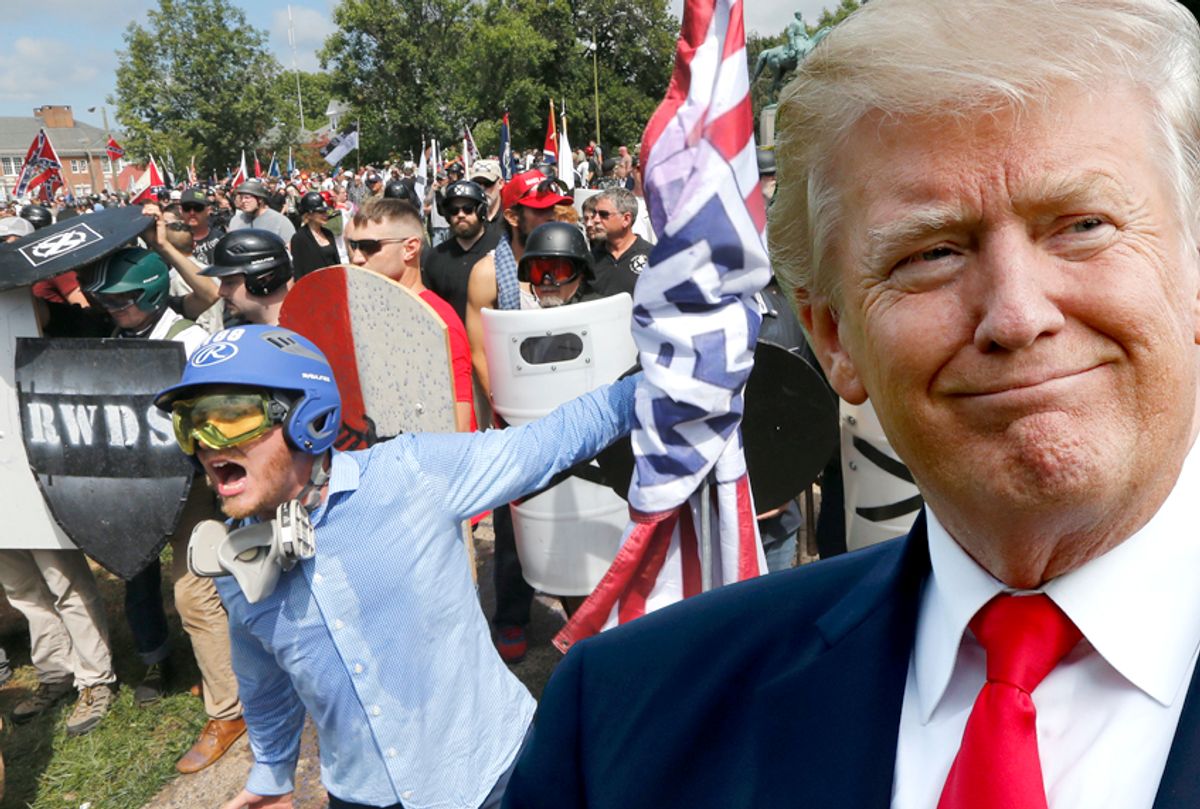 Donald Trump just can’t help himself. Shortly after the violent clashes last month in Charlottesville, where a demonstrator was killed by a neo-Nazi, Trump seemed to equate white supremacists with the protesters who assembled to challenge them. He was back at it again last Wednesday, when he told Sen. Tim Scott of South Carolina — the lone African-American Republican in the Senate — that there were “bad dudes” on both sides of the Charlottesville battle.

That’s like comparing a few bad apples that you bought last week to a mountain of rancid oranges, piled up over four centuries. Although several black-clad “antifa” vigilantes attacked the white supremacists, that hardly made the two groups of protesters in Charlottesville into moral equals. One was fighting for racism and the other was fighting against it.

You can’t get much clearer than that. Indeed, across our history, the struggle against prejudice and discrimination has been premised on the idea of universal — as opposed to relative — truth. Racists aren’t simply people with a “different” culture or perspective which is as worthy of respect as any other. They’re wrong, now and forever, precisely because their philosophy violates our shared, immutable humanity.

That brings us to University of Pennsylvania law professor Amy Wax, who ruffled feathers on my campus with an op-ed earlier this summer decrying the decline of “bourgeois culture” in the United States. (Although I have exchanged emails with Wax, I have never met her.) Before the 1960s, Wax and her co-author wrote, Americans abided by a shared set of codes surrounding two-parent families, hard work and respect for law. All of that, they argue, came apart in the '60s and thereafter, yielding a bitter fruit of crime, unemployment and addiction.

Some critics -- including myself — have taken issue with Wax’s highly romantic version of history, which exaggerates the degree of social harmony during the alleged Good Old Days. She also neglects the many ways that American middle-class prosperity was based on the systematic exclusion of racial minorities; for example, many African-Americans were barred from mortgage-assistance programs that whites used to purchase property.

But what really got Wax in hot water was her characterization of specific sub-populations that have supposedly forsaken “bourgeois culture.” In short order, she indicted “the single-parent, antisocial habits, prevalent among some working-class whites”; “the anti-‘acting white’ rap culture of inner city blacks”; and “the anti-assimilation ideas gaining ground among some Hispanic immigrants.” All of these value systems, she wrote, make people less productive workers — and less effective citizens — in an “advanced economy.”

Although each of these claims can be contested — how many Hispanics are really opposed to “assimilation”? — few people took them on. Wax’s assailants mostly focused on a single comment in her article, which pinged around the Internet like a poisoned arrow: “All cultures are not equal.”

That was enough to get her tagged as a racist, by students and faculty alike. Never mind that Wax took pains to emphasize that white people didn’t hold any kind of monopoly on “bourgeois culture." The mere assertion that one culture could be “better” — more decent, more civil, more respectful and more successful — than another was too much for today’s campus speech ministers, who have elevated cultural relativism into a kind of latter-day gospel.

But guess what? Some cultures are better than others. And if you think otherwise, have another look at the video of the torch-bearing white supremacists parading in Charlottesville. You’ll see a group of people with their own special rituals, symbols, speech, dress and patterns of thought: in short, a culture.

Indeed, every prominent racist in American history has claimed some version of cultural distinctiveness. From John C. Calhoun and Jefferson Davis to George Wallace and Richard Spencer, the argument has always been the same: We have our own way of doing things, and it’s better than yours, so we get to run the show.

They’re right on the first count, and wrong on the second and third. Of course white supremacists have a culture, just as any other group of human beings do. But their very assertion of racial superiority marks them as morally, politically and culturally inferior to peoples who maintain the equality and dignity of everyone.

Was Amy Wax making a similarly bigoted claim, in asserting the benefits of "bourgeois" culture? Hardly. Although she underestimated the historic discrimination that blocked minorities from middle-class prosperity, she obviously wants all Americans to achieve it. You might reasonably disagree with her prescriptions for making that happen; I certainly do. But her goal of a common culture marks her as hugely different from white supremacists, who insist that their own race will always possess a better one. That's precisely what makes them worse than the rest of us.

In his remarks about Charlottesville, President Trump proved himself to be a relativist of the lowest order: There are good and bad folks on both sides, and who are we to judge? But we must judge, over and over again, if we are to rid ourselves of the scourge of white supremacy. We can’t do that if we keep pretending that all cultures are equal, when we know full well that they’re not.