Why I won’t vote unless things change

We’re tired of empty promises, phony populist agendas, bought-out elections and the dismantling of our rights 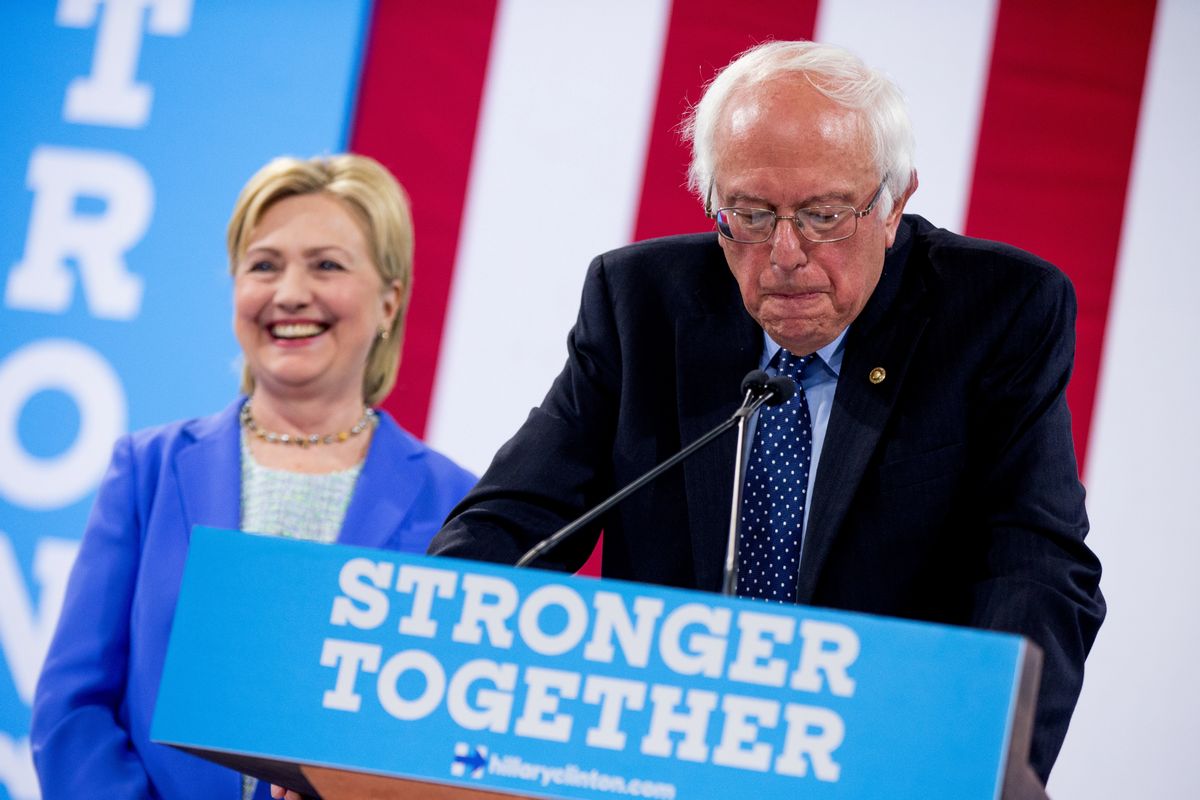 Since November 8, 2016, Democrats have lost a series of special elections for the same reasons they lost the general election.

Without change, the Democratic Party is doomed to fail because Baby Boomers will turn out in droves to support the status quo or even the status quo ante (“make America great again”), while Millennials will simply stay home in disgust.

Less than half of us (including me) even bothered to show up at the voting booth on Election Day, while roughly 70% of Baby Boomers did, as they overwhelmingly voted for Trump.

But why was that? No, it wasn’t because of complacency or lack of interest on our part. During the Democratic Primaries, Millennials on my own campus, as well as all over the country, displayed an immense passion for Bernie Sanders.

This trend certainly showed in the Primaries results in which Sanders earned more votes from Millennials than Clinton and Trump combined.

To us, Sanders represented a different type of politician. Unlike so many others that came before him, he actually lived by his teachings.

Sanders seemed to truly have the general population’s best interest in mind. He spoke like a man who actually understood the problems of the lower and middle classes instead of someone just reciting rehearsed lines.

But above all, when it came to campaign finance reform, he backed up his stance by not accepting a single dollar from neither Wall Street nor any Super PACs. The very same opulent entities that have been subverting our elections for quite some time.

However, Sanders did not win the nomination. To us, he was never given a real chance thanks to the Democratic Party establishment.

Instead, they backed Clinton because of her massive fundraising record and her connections within the party.

As the primaries transitioned into the general elections, this anger and frustration with the establishment stuck. In our minds, Clinton was unarguably the better candidate, but that wasn’t enough to make her appealing to us.

Clinton had a fairly lengthy history of flip-flopping on her policies in order to adapt to whatever was politically or socially in vogue. Nothing about her seemed genuine.

She was all about self-promotion and not much about caring. She tried to snatch our vote in the general elections by wrapping herself in the populist flag, opposing the “too big to fail” banks and promoting campaign finance reform.

These positions were in stark contrast to her actions as she had raised a total of over $400 million among all her campaigns for Senate and President between 1999 and 2016.

In the last election alone, she raised over $64 million with three of her top individual donors being Goldman Sachs, Citibank, and JP Morgan. As you can imagine, her ridiculous populist persona came off as more comical than sincere.

Yet, it was the lack of ideas by Clinton that turned us off the most, combined with her establishment image, as well as the blatant effort by the DNC to put their finger on the scale for her. This discouraged and dispirited many Millennial voters in the general elections.

Tired of the lies

Most of us will not vote again, unless the framework for U.S. politics can be reformed. A democracy without the support from its largest voting base is not sustainable. So, Democrats should take notes from Sanders and the basis for his presidential campaign.

Democrats must not only present a positive agenda, but must also follow through with it. An agenda that is based on creating a brighter future for our youth rather than pandering to jingoistic paranoia.

It must contain ways to create opportunities for all of us to succeed according to our own capabilities.

Invest in the people

For starters, upgrading our education system would create a strong foundation for increasing the average income of lower and middle class Americans which has remained stagnant since the 1980’s.

Providing healthcare for all should also be a top priority, especially considering the fact that it’s affordable in virtually every civilized country.

If we want to catch up with the rest of the civilized world, we must put constraints on the powers of pharmaceutical companies, insurance companies, private hospitals and doctors in order to care for all of our citizens.

Implementing more aggressive policies to protect our environment is also an absolute necessity. The urgency of this issue is lost on far too many people, politicians and average citizens alike.

But the fact of the matter is that we cannot allow the neglect of the past to echo throughout future generations. If we don’t address this problem now, everyone, not just Millennials, will have to cope with the disastrous aftermath.

As long as the Democratic Party keeps allowing wealthy oligarchs to remain at the driver’s seat, it won’t matter what brand new figurehead they churn out of their assembly line. If the Democratic Party expects to win back the confidence of Millennial voters, then it must make this a key plank of its platform.

The next time I vote, it will be for a candidate who actually deserves to be President — a candidate who champions the interests of the majority instead of a handful of affluent aristocrats.

A candidate more concerned about the future rather than the present, or worse, dragging us into the past. Hopefully, I won’t have to wait too long for such a person to run.