Here's what Britain's tough gun laws have done to cops

Comedy Central's Jim Jefferies embeds himself with police in the U.K., who rarely carry guns or shoot suspects 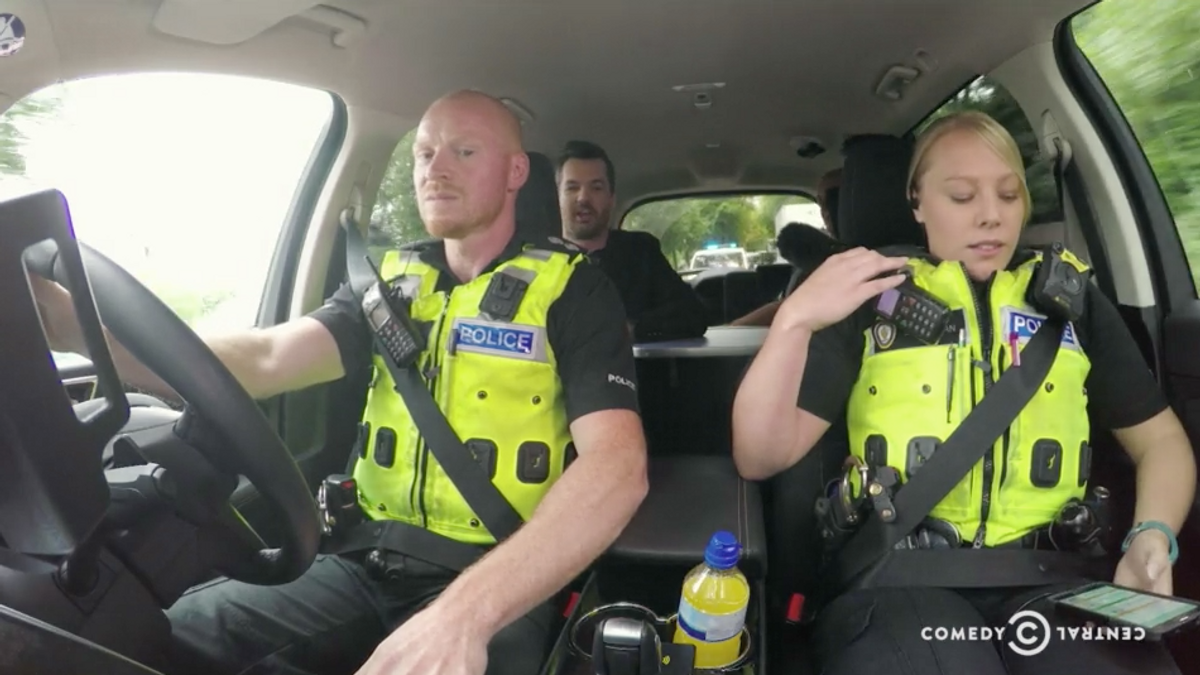 Comedy Central's Jim Jefferies explored life with police officers in the United Kingdom so he could watch their arrest tactics, which almost never involve a firearm or result in a fatal shooting, unlike policing in the U.S., and the important role gun laws have played.

"The Jim Jefferies Show" skit opened with the late-night comedian talking about a Georgia Tech student who wielded a pocketknife and was shot and killed by police.

"On social media, people once again said 'did the cops really have to shoot, where was the Taser? There must be a better way,'" Jefferies said. "Maybe there is."

Jefferies then showed a video of his time with Birmingham Police in the U.K., a location dubbed "one of the most murderous places in the country."

"You have a gun?" Jefferies asked one officer that drove him.

"No; no gun, no Taser," the officer replied.

"Swords, machetes, knives," the officer said, who then explained to Jefferies that he would call special officers who carry guns to handle a situation where a suspect has a gun.

"Guns aren't so prevalent over here; there aren't so many of them. They're harder to get a hold of," the officer said.

Jefferies then rode around with two officers and watched them respond to everyday distress calls.

"When you pull over someone for speeding, what's the first thing you tell them to do?" Jefferies asked. "Do they have to keep their hands where you can see them?"

"No, normally switch off the engine ideally," the male officer said.

"You ask them to reach where their hands can't be seen?" Jefferies asked.

"One thing I think British Police are quite good it is talking, communicating," the male officer said.

Jefferies noted that cops in the U.K. seem "less on edge" than cops in the U.S. "And it's not that they're all better police officers, it's more like they're policing in a different world," Jefferies said. "And in a way, they are."