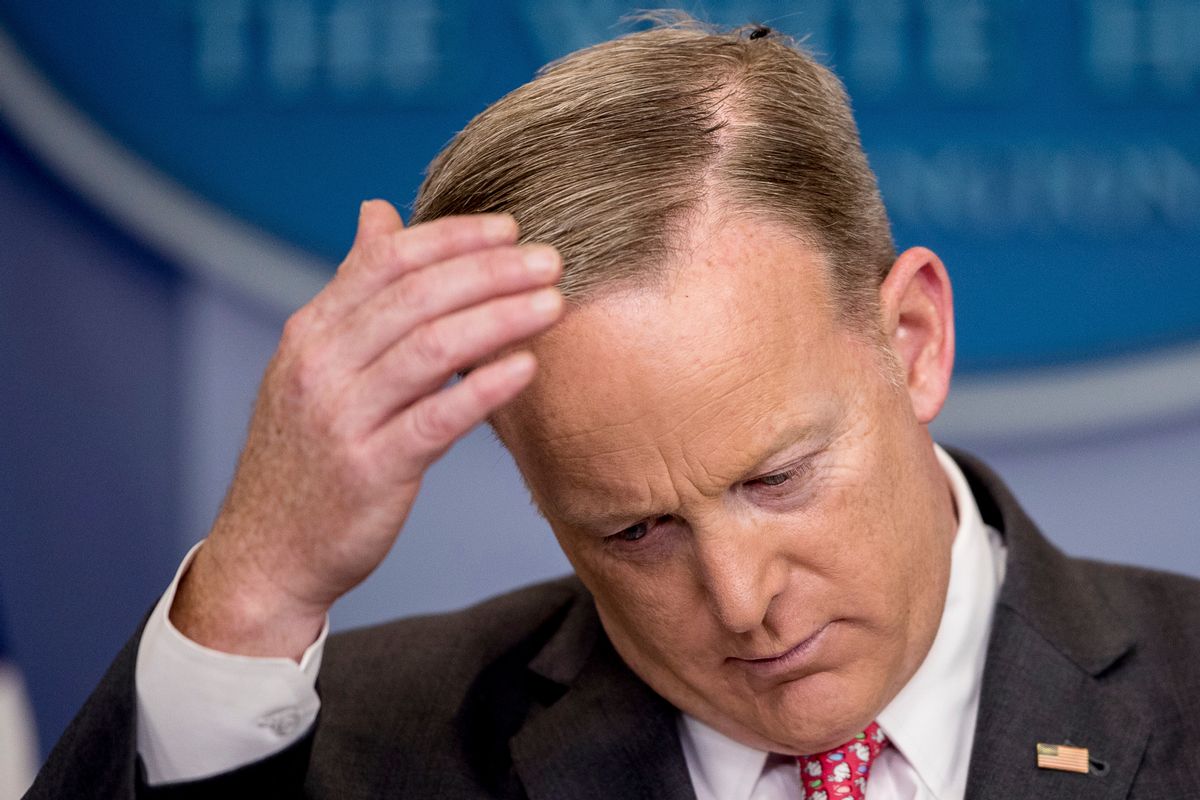 Spicey's rehab tour has hit a bit of a snag.

Due to a "lack of credibility," five major cable news networks have chosen not to offer former White House press secretary Sean Spicer a job as a paid contributor.

"The news organizations might use him on roundtables, but [a paid exclusive contributor job] is not happening," a media industry executive familiar with those conversations told NBC.

"CNN had already said it wasn’t interested in him ahead of planned conversations, while Axios reported on Sept. 7 that Fox News would not be offering Spicer a TV contract. Fox News has previously hired the former White House press secretaries Ari Fleischer and Dana Perino. On Tuesday, sources with knowledge of the decisions confirmed that CBS News, ABC News and NBC News also would not offer him an exclusive role."

"A person familiar with Spicer’s ongoing talks said that while conversations had not concluded, network punditry wasn’t the most important measure of success and that Spicer may want more freedom to work for multiple outlets. There are also talks about a nonscripted reality show in the mix, said one person familiar with the situation."

Spicer has recently attempted to rehabilitate his image, and some have seemed to provide assistance to him along the way. On Sunday he made a random surprise appearance at the Emmy Awards. He was also offered a role as a visiting fellow at Harvard Kennedy School, despite whistleblower Chelsea Manning, having her invitation rescinded after the school was pressured in the name of controversy.