S.D. Rep. Lynne DiSanto posted a meme of protesters being run over, saying it's "a movement we can all support" 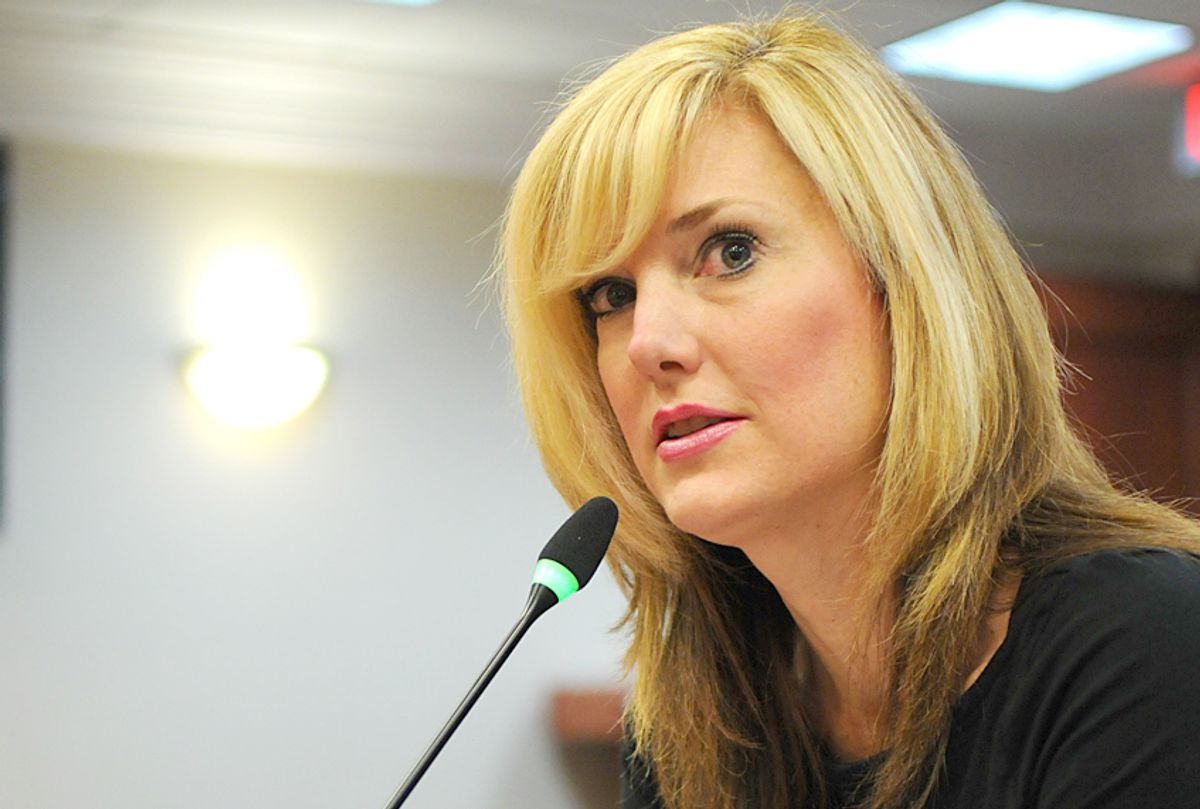 Another Republican state lawmaker has made headlines after she shared an image on her Facebook page that suggested protesters should be run over with cars. The picture contained the words "All lives splatter."

South Dakota Rep. Lynne DiSanto, posted the image on Sept. 7, less than a month after the murder of 32-year-old activist, Heath Heyer at a white supremacist rally in Charlottesville, Virginia, according to the Argus Leader.

The post contained a picture of a car mowing down protesters and read, "Nobody cares about your protest, keep your ass out of the road." Attached to the image, DiSanto wrote, "I think this is a movement we can all support."

After the lawmaker's post began to circulate, especially amongst progressive groups in South Dakota that called for her to apologize, DiSanto removed the post on Tuesday, nearly two weeks after it was originally put online.

"To put up a meme that pretty much encourages violence and possibly murder, that's inappropriate. She's a community leader and an elected official," Lori Miller, a spokeswoman for Indivisible Rapid City, a progressive organization, told the Argus Leader. "Not only is she inciting violence, she is targeting a certain race of people."

DiSanto hardly apologized for her crude and tone-deaf post and also said she should have given her post more thought because of "the highly charged political environment that we’re in."

"I am sorry if people took offense to it and perceived my message in any way insinuating support or condoning people being hit by cars," she said, according to the Rapid City Journal. "I perceived it differently. I perceived it as encouraging people to stay out of the street."

This is just the latest Republican lawmaker who has, in one way or another, exhibited approval of protesters being run over with a vehicle. Last week, a Pennsylvania Republican tweeted that he would "not stop under any conditions" had anyone ever attempted to "stop my car on a highway with negative intentions." He tweeted it along with an article on a news report about protesters blocking the streets in St. Louis after a white police officer was acquitted in the fatal shooting of a black man.

It's certainly fitting that under President Donald Trump, these Republican lawmakers have increasingly vocalized these points of view and have also attempted to translate them into legislation that is designed to suppress democratic protests.