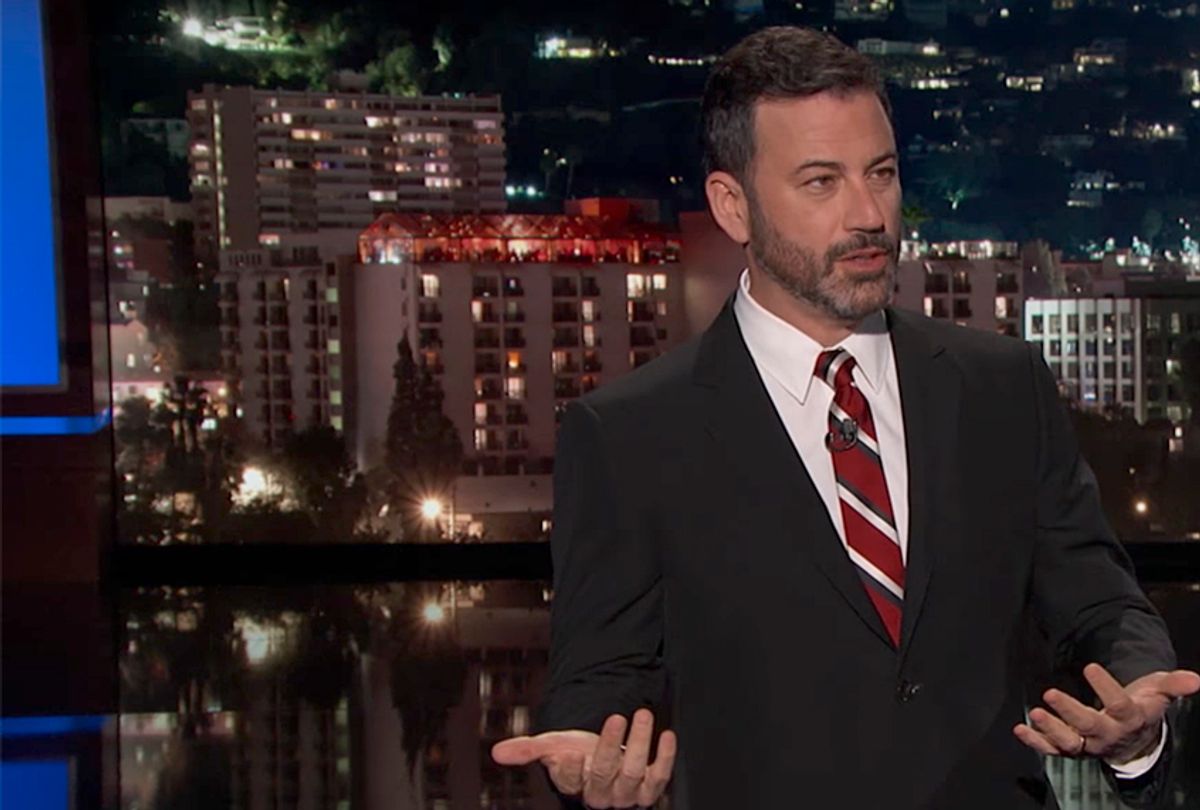 After being written off by Republicans and Fox News pundits for talking about the real consequences of the new Senate health care bill and for being uninformed, late-night host Jimmy Kimmel fired back on Wednesday night and defended his position, and called out those who criticized him.

"I don’t want to turn this into a Kanye-and-Taylor-Swift-type situation, but when Senator Cassidy was on my show in May, he told me that he believed that every American family regardless of income should be able to get quality health care," Kimmel said. "And I believed he was sincere. Sadly, the bill he unveiled last week with Senator Lindsey Graham indicates that he was not sincere. It is, by many accounts, the worst health care bill yet."

To highlight his point, Kimmel rolled a clip of a baseball player being hit by a pitch right in the sweet spot.

"Fox & Friends" host Brian Kilmeade also criticized Kimmel and on Wednesday said that "Hollywood elites" such as Kimmel were "pushing their politics on the rest of the country."

Kimmel embarrassed Kilmeade and said that whenever he sees the Fox host he "kisses my ass like a little boy meeting Batman."

"And you know, the reason I’m talking about this is because my son had an open-heart surgery, then has to have two more, and because of that I learned that there are kids with no insurance in the same situation," Kimmel explained. "I don’t get anything out of this, Brian, you phony little creep. Oh, I’ll pound you when I see you. That will be my blurb for your next book: 'Brian Kilmeade is a phony little creep.'"