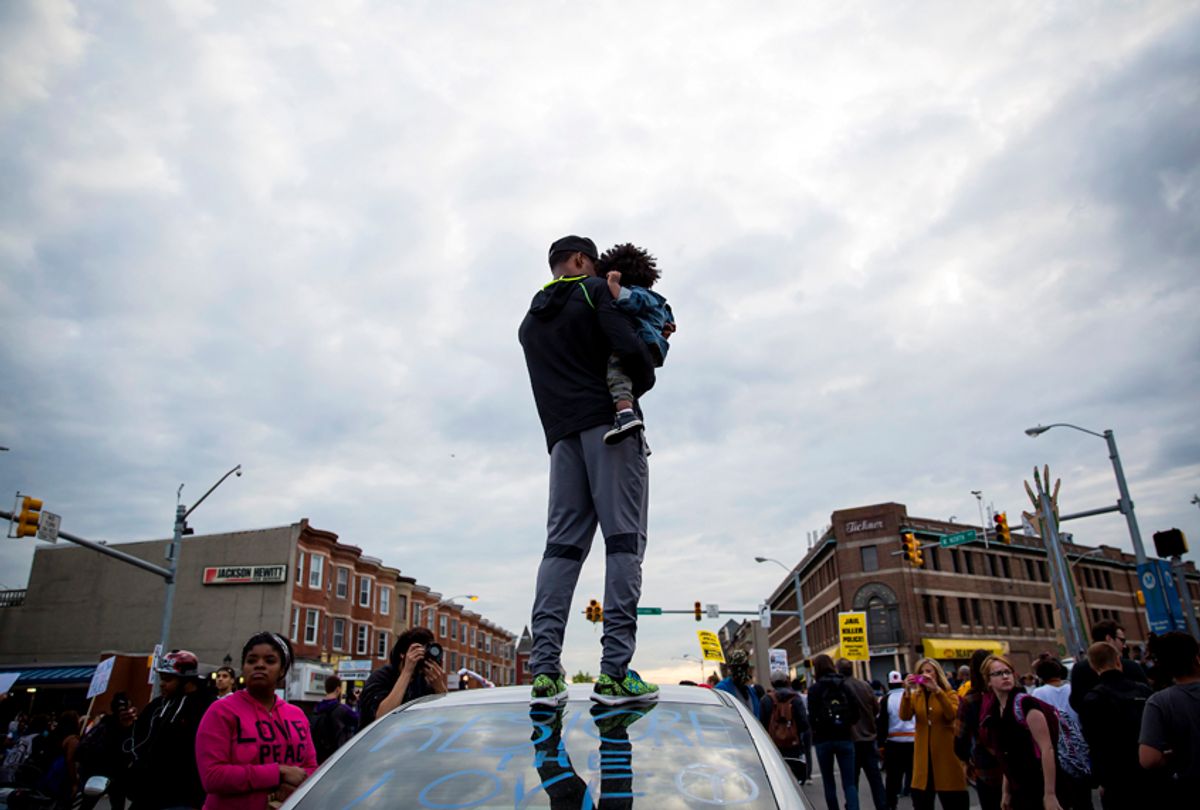 In 1992, Andrew Hacker described the state of race relations in America as "separate, hostile, unequal." He could have easily added "delusional" and "confused." 25 years later, such a description remains all too accurate.

On Monday, The Washington Post's Tracy Jan summarized this research:

Americans, especially wealthy whites, vastly overestimate progress toward racial economic equality despite evidence of persistent gaps between black and white workers when it comes to hourly wages, annual income and household wealth, according to a new paper by Yale University researchers published Monday.

The study’s results are especially stunning in the wake of census data released last week that showed that African Americans were the only racial group still making less than they did in 2000.

Such beliefs cannot be reconciled with the facts. On average, white Americans have 13 times more household wealth than blacks and 10 times more than Latinos. Matters are even more dire: New research from Prosperity Now and the Institute for Policy Studies predicts that by the year 2053, the household wealth of the median black family in America will be zero. Social scientists estimate that it would take 228 years for black families to possess the same wealth in America that white families own today. The race wealth gap becomes even more severe if cars are removed from the calculations as a household asset. In that scenario, white families have at least 69 times the wealth of the median black family.

These disparate outcomes do not reflect some fundamental irresponsibility on the part of black and brown people, nor do they indicate that white Americans are exemplars of fiscal responsibility and economic stewardship. Rather, the racial wealth gap in America is a predictable outcome and intentional result of federal, state and local policies that subsidized the creation of wealth and income for white America. (That history is detailed by Ira Katznelson in his excellent book "When Affirmative Action Was White.")

This racial wealth gap is also a consequence of housing segregation and racial discrimination against nonwhites in the labor market -- the latter of which is estimated to cost the U.S. economy at least $2 trillion a year. And one cannot overlook how centuries of chattel slavery, followed by Jim and Jane Crow, created and amplified intergenerational wealth for white America from the exploited bodies of black and brown people.

Furthermore, the disparate perceptions of social reality documented by Richeson and Kraus are not limited to matters of wealth and income.

Public opinion polls and other research has repeatedly shown that white Americans and people of color have radically different opinions and experiences on various matters: from policing, civil rights, the impact of racism on day-to-day life, the overall economy and "race relations" more generally.

Even during the tumultuous 1960s and the apex of the civil rights movement -- a time when rampant white supremacy and thuggery against freedom fighters across the South (and elsewhere) was broadcast around the world -- most white Americans were in denial about the realities of race in their own country.

Since at least the founding of the United States, this type of white "racial innocence," denial, and myopia have been nurtured and sustained by the news media, popular culture and political elites, and has been given life through segregated neighborhoods and schools, as well as interpersonal friendship and family networks.

Undoubtedly, there has been progress along the color line in America: We are closer to a more democratic, humane, just and inclusive society than we were centuries ago. This journey has been very long. It has involved great steps forward. There have also been too many steps backward: See the election of Donald Trump and the overtly racist policies of today's Republican Party. In all, this journey forward has also been plagued by a collective unwillingness to remedy the deep and systemic roots of institutional racism.

Ultimately, the racial wealth gap is not just a problem for black and brown Americans. It impacts the United States as a whole by hurting the country's economy and global competitiveness. America's shifting racial demographics will exacerbate this crisis. Researchers from Prosperity Now and the Institute for Policy Studies explained this to the Guardian:

If the racial wealth divide continues to accelerate, the economic conditions of black and Latino households will have an increasingly adverse impact on the economy writ large, because the majority of US households will no longer have enough wealth to stake their claim in the middle class.

Healing the racial wealth and income divide would help America as a whole. Unfortunately, too many white Americans see the fight against racism and racial inequality as a "zero sum" game they are terrified of losing -- even if that view hurts them in the medium term, and could ultimately destroy our country.