"Transparent" returns with an opaque muddle of a new season 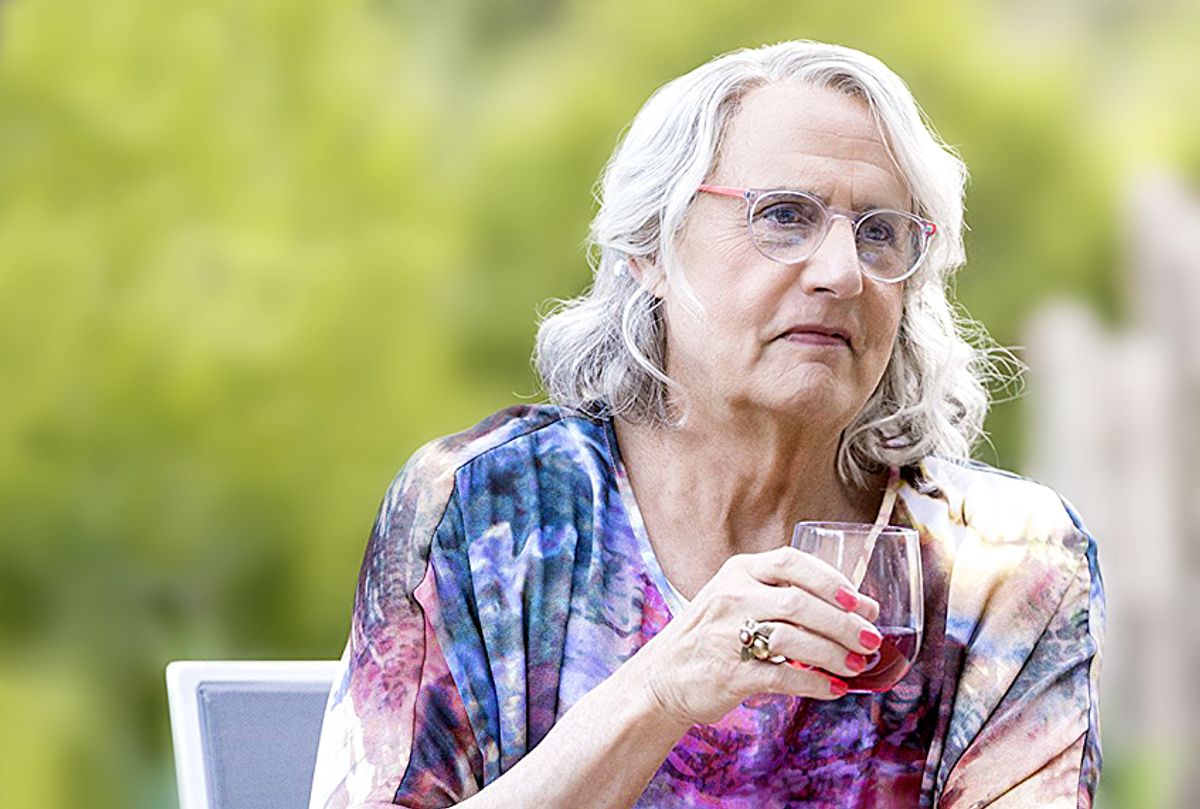 Sometimes it’s helpful to remember that as viewers we only spend small chunks of time visiting with our favorite TV characters, relatively speaking. Depending on the type of series we’re following, these regular visits can repeat on a weekly basis for years on end and we’re happy to keep coming back. Part of this is because their characters maintain a core integrity regardless of where the plot takes them, and the writers believably evolve these figures without violating what we know about them.

“Transparent,” rolling out a new season to Amazon Prime members on Friday, is an uncommon half-hour concerned foremost with identity, specifically as that concept pertains to the individual members of the Pfefferman family.

Traveling with each on his or her various quests is moving experience in the show’s first three seasons. It can be irritating in varying degrees as well, but in general Maura Pfefferman (Jeffrey Tambor), her adult children Sarah (Amy Landecker), Josh (Jay Duplass) and Ali (Gaby Hoffmann) and ex-wife Shelly (Judith Light) are consistently engrossing.

Their separate but frequently overlapping existential journeys are sparked by their parent’s late-in-life gender transition.  Previous sojourns found significance in each character’s evaluation of his or her life in light of Maura’s transition, eventually broadening the view to include glimpses into the family’s heritage to infer the hereditary nature of their underlying dissatisfaction.

Season 4 adds new pages to the Pfefferman’s history but feels muddled and confused in comparison to past episodes. The first season is an intimate look at Maura’s transition, while the second tenderly walks us through the fallout resulting from her shedding of her male self. It’s relatively easy to characterize season 3 as a concisely examination of the meaning of contentment and disillusion, but the fourth flooding the series with so many developments that fail to find emotional purchase that its tough to get a handle on what it’s attempting to tell us.

These latest 10 episodes of “Transparent” bombard us with dissonance as opposed to augmenting the plot dramatic profundity. Shelly’s narcissism takes on the blaring honk of a Southerly migrating goose; Josh and Sarah struggle mightily with the direction their lives have taken; Maura further settles into life as a transgender woman; and Ali is still defining who she is.

We know these people, in other words. We’re familiar with them enough for their various personality quirks to trouble our nerves — and the writers not only seem aware of this feeling, they sharply poke at it.

In an early scene during the premiere (written by Faith Soloway and directed by “Transparent” creator Jill Soloway) the Pfeffermans’ weekly family meal descends into a monsoon of loud chatter as everyone talks over each other. All the while Ali slowly recedes into her grandmother’s crocheted blanket in a failed attempt to block out the room and the scattered anxiety inside her skull.

This is in line with Ali’s reflex to lose interest in the status quo, but it also mirrors the nagging sensation a viewer may feel while watching the scene unfold. Much of the new season feels like this, but not in a good way.

The fourth season is a cacophonous tangle of the familiar narratives of “Transparent,” diluted by the clan’s trip to Israel. That vacation that coaxes forth out the truest versions, good and terrible, of each family member — travel has a knack of doing that. But the itinerary includes an overload of competing threads, obstacles and disclosures, a few of which come too late in the season for the viewer to fully appreciate their impact. But nothing in this pile of revelations leads to any place meaningful, psychologically speaking, not even to Shell and Back.

Visually “Transparent” increasingly evokes nostalgia, and this sepia-toned trip looks and feels more like a collection of old family movies than others. The central reason for their Israel trip explains this stylistic choice to some extent, but elsewhere the filter highlights the dinginess of other subplots.

As always the saving grace of “Transparent” is its performances. The entire cast is outstanding, but Tambor is the soul of this show. His arc as Maura is less central in season 4, and this may be part of the reason it feels like the poorer sibling of previous seasons. But this trains more focus on Hoffman’s Ali as she grows closer to Maura. Hoffman embraces a storyline that veers into indulgent territory but maintains a firm command of her character the entire time.

Season 4 crashes Duplass’ and Light’s stories together as Shelly moves in with Josh as he comes to terms with how he views and treats women, sexually and otherwise. Josh’s thread allows Duplass to showcase an emotional sincerity not as fully explored in previous seasons by forcing the character to face a pivotal turn in his history with sensitivity.

“Transparent” tends to use the insistent rigidity of Light’s character to provide comic relief or as an object of frustration for her children and ex-husband. This continues to be true this season, although the writers eventually enable her to find some redemption, though in a way that feels forced. Getting there can be grating, though, especially during Shelly’s side adventures involving her latest creative outlet, improv, indubitably the new season’s worst subplot.

Season 4’s shallowest dramatic gambit concerns Sarah and Len (Rob Huebel), who fall into a sexual arrangement with a woman played by Alia Shawkat. Shawkat is terrific, although the threesome’s tale is primarily notable for its steamy love scenes and an odd, mildly disturbing development that inspires Sarah to apply her S&M proclivities to another relationship dynamic in her life.

At its best, “Transparent” invites us to view the world through the prism of individual realization and one family’s increasingly fluid and shifting relationship to gender, to the value of a shared past, and to culture. Better seasons prioritize these devices over narrative explosions, and it’s unfortunate that its fourth time out emphasize the latter to the point of diminishing the show’s uniqueness.

The net result is a season that’s successful in parts but hangs together awkwardly as a whole. Previous visits to the Pfeffermans’ households are riveting and heartfelt even in less successful moments, but the new season’s get-together may be one you’ll be tempted to ghost.