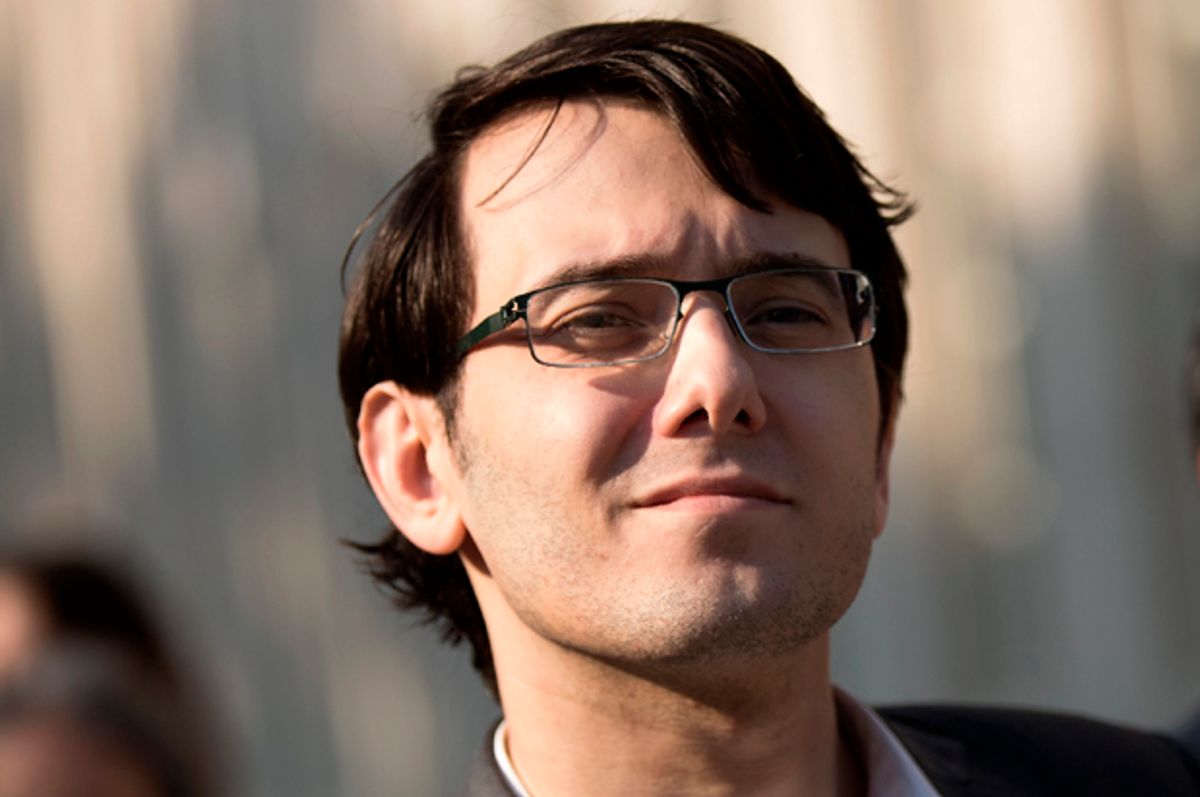 Members of the Wu-Tang Clan have released a new diss track aimed at Martin Shkreli, the "Pharma Bro" who once bought the rap group’s album "Once Upon A Time in Shaolin" for $2 million and remains, according to many, one of the world’s leading jerkfaces.

In "Lesson Learn’d,"Wu-Tang member Inspectah Deck raps “My price hikin’ like the pills Martin Shkreli sell,” a reference to Shkreli’s 2015 raising of the price of Darapin, an essential AIDs medication, from $13 to $750 a pill, a 5,000% increase.

Shkreli and the group first came into contact in 2015 when the former big-pharma CEO purchased the sole copy of their album "Once Upon a Time in Shaolin" for $2 million. Shkreli recently auctioned the album off on eBay for $1,025,100, though the finalization of that sale is still pending. However, reports have now come to light that the album may be fraudulent. “It's not an authorized Wu-Tang Clan album. It never was,” claimed Domingo Neris, who manages U-God.

This isn’t the first of the Clan’s clash with Shkreli. In 2016, Ghostface Killah unleashed fury upon Shkreli in a nearly 12-minute video. In it, Ghostface refers to Shkreli as "PeeWee Shkreli," a "fake-ass super villain" and "the man with the 12-year-old body" — a fair and measured response compared to some.

In a series of tweets (no longer on the site, due to Twitter suspending his account), Shkreli shot back — "Never seen someone real cry to his momma to handle his biz. Soft-serve ice cream rappers should shut they mouth before they get told again." Shkreli then defied terms not to play the album for 88 years, releasing bits and pieces and allegedly playing it on live stream. Before the sale, Shkreli then threatened to destroy the album.

Just two weeks back, Skreli made headlines once again for his return to jail, after offering a $5,000 bounty for a lock of former Secretary of State Hillary Clinton’s luscious hair via Facebook. Shkreli had previously been out of prison on a $5 million bail. Shkreli made his return to the pen after "prosecutors complained that his out-of-court antics posed a danger to the community," according to The Washington Post. On top of his odd Clinton-request, Shkreli had been harassing women online. Shkreli faces a maximum sentence of 20 years in prison.