The best parts about autonomous vehicles are already here

Some of the automated features that assist drivers are available now, and could dramatically improve safety. 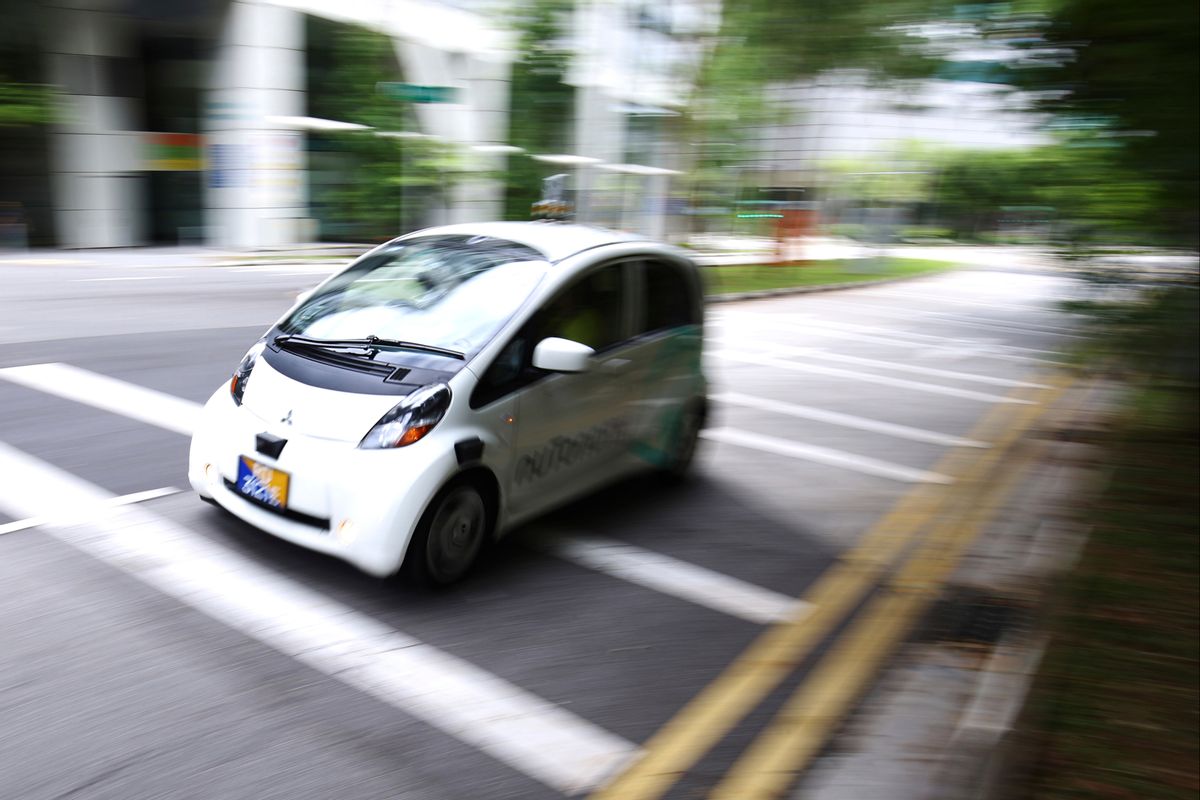 Fully automated cars are still many years away. Amid the government activity and potential for social benefits, it’s important not to lose sight of smaller improvements that could more immediately save lives and reduce injuries and economic costs of highway crashes.

Research one of us conducted found that elements of self-driving car systems, such as adaptive cruise control, lane-departure warnings and head-on collision-avoidance systems, could reduce road deaths by up to one-third if these were available on every car in the U.S. Other researchers have confirmed the benefits of these incremental automated innovations, but they’re not universal yet. For instance, only 6 percent of new cars in model year 2017 have lane departure warning as a standard feature.

Consumers waiting for driverless vehicles to improve road safety might be overlooking the boring near-term advances that could make a real difference. It has happened before – more than 60 years ago, when federal highway safety officials first got interested in autonomous vehicles.

Founded in 1916 by the U.S. National Academy of Sciences, the National Research Council had been working on automobile safety issues since the mid-1920s, along with organizations like the independent nonprofit National Safety Council. But roadway deaths kept rising: In 1925, car accidents killed 21,900 people in the United States. By 1953, that number had nearly doubled to 37,955.

In March 1953, the National Research Council’s Committee on Highway Safety Research became interested in a self-driving car and contacted Vladimir K. Zworykin, the inventor of a self-driving car system and a researcher at Radio Corporation of America in Princeton, New Jersey. Zworykin was already famous, having helped RCA’s David Sarnoff develop the television, but by 1953, he had turned some of his efforts to automating the automobile.

Zworykin later told interviewers that highway deaths and injuries motivated him to work on creating autonomous vehicles: “My idea was that control of automobiles should be done by the road.”

Zworykin’s system relied on a combination of a cable in the road and sensors in the front of the car. The cable communicated basic information including the speed limit as well as news of obstructions ahead, which the vehicle itself used to adjust speed and even switch lanes. Throughout 1953, the inventor demonstrated the system to journalists, often by having a ventriloquist’s dummy “drive” a red five-foot long model car around a test road.

In Zworykin’s autonomous automobiles, it seemed, could be found the answer to all the carnage on the highway. In an excited letter to the inventor, one of the NRC staff members compared his automatic cars to visions of tomorrow put forward in General Motors’ 1939 World’s Fair display, “Futurama,” which included images of self-driving cars in its exhibit, “Highways of the Future.” The staffer wrote, “I was very much interested to learn that … automatic guidance of automobiles on highways is now possible.” Engineers at RCA predicted that American highways would be automated by 1975.

Missing the rest of the point

Yet, there was a deep irony at play: Federal officials were largely ignoring the new emerging science of crash safety. In the early 1950s, researchers in the U.S. military and at universities like Cornell and Wayne State were busy studying how much force the human body could absorb – often through grisly experiments on cadavers and living nonhuman animals – and creating technologies to decrease injuries and deaths in car crashes. Ultimately, this research led to seat belts, padded dashboards, airbags and other technologies that would save many lives over the ensuing years. The National Highway Traffic Safety Administration estimates that vehicle safety technologies saved over 600,000 lives between 1960 and 2012.

In part, the National Research Council overlooked this new emerging crash science because it was stuck in an older way of thinking about safety research – seeking to avoid crashes, not make them less severe. One leader in crash safety, U.S. Air Force Colonel John Stapp, grew so frustrated with the collective inaction that he founded the Stapp Car Crash Conference in 1955.

Eventually, Stapp would be seen as an early hero of auto safety. Zworykin would continue to show off versions of his system to journalists and others at least through the late 1950s, but little came from his efforts.

At the dawn of the second great autonomous-car awakening, that forgotten history creates similar risks today. The allure of fully driverless cars crowds out the collective memory of the dramatic improvement in car safety achieved by less shiny measures.

Because of seat belt laws, vehicle safety technologies and drunk driving reductions, the rate of fatal road crashes has steadily declined. In 1975, there were about 33 fatalities for every billion miles traveled on U.S. roads. By 1988, the rate had dropped to 23. It dropped below 13 in 2008, and shrunk to 11 deaths per billion miles traveled in 2011. But the rate of roadway deaths has increased recently – in 2012, 2015 and 2016.

With an estimated 40,000 road deaths in 2016, the fatality rate spiked back to closer to 13 per billion miles traveled, erasing the progress made in the last decade. The dopamine rush of social media engagement and other new ways that our pocket computers distract us is suspected of playing a role in the increase in road deaths. If smartphones are found to be fueling the increase in crashes, then the same advances in information technology and computing that enable a future with autonomous vehicles could be literally killing people on the roadways in the present.

This fatality increase might not abate until automated vehicle technology emerges onto American roads. But that doesn’t mean consumers – or manufacturers – should have to wait.

Though research into autonomous vehicles has continued since Zworykin’s time, automated vehicles were mostly just interesting experiments and DARPA-funded competitions until late in the 2000s. Thanks to advances in high-performance computing, sensing and machine learning, the technology is now progressing rapidly. Partially automated cars can now handle more of the driving tasks themselves, as long as humans are ready to intervene if something goes wrong. As the gray zone between human and machine driving responsibility widens, there’s a risk of drivers being overconfident of what partially automated technology can accomplish without human help. (This risk can be fatal – as it was in a May 2016 crash of a Tesla car whose driver had engaged the vehicle’s “autopilot” mode.)

Figuring out the engineering, safety, ethics and regulatory challenges of this gray zone is an emerging priority. But there remains justified enthusiasm for the future automation could enable: driverless vehicles efficiently zipping passengers through uncongested streets in shared, electric, lightweight vehicles with drastically reduced crash and fatality rates. Yet this future is by no means guaranteed, and will likely take longer to materialize than people think.

Some of the automated features that assist drivers are available now and could dramatically improve safety. We just have to be comfortable enough to recognize the beauty and the potential of incremental innovations.